8 Nigerian Movies and TV Shows Coming Soon to Your Screens

With the upgrade in recent Nollywood productions, from 2016 till date, movie consumers have regained interest and built an anticipatory spirit towards the industry. In Nollywood, although the crew as much as the cast are major contributors to a production’s success, only the cast gain recognition. However, in recent times, awareness of the growing capacity of Nollywood has birthed a more opinionated fanbase.

Fans in Nigeria and the Diaspora have constantly aired their opinions about movies and, in necessary cases, have drawn a comparison between old and neo-Nollywood. Receiving the first troll from fans in 2022 was Mo Abudu’s Chief Daddy 2: Going for Broke. The movie welcomed us into the new year with high expectancy. Several movie enthusiasts looked forward to seeing this movie, and were in turn disappointed by the outcome, hence the fuss on social media. Further, into the year, the production and release of Blood Sisters was yet another chance to awaken the Twitter fanbase, this time, with the film receiving more positive reviews than Chief Daddy 2.

With the presence of Netflix, Showmax, Amazon Prime Video, Cinema HD, among others, as notable streaming and download sites currently in use in Nigeria, the access to movies has in turn increased demand, hence the corresponding increase in production.

Here is a list of anticipated Nigerian films coming to our screens starting this august. 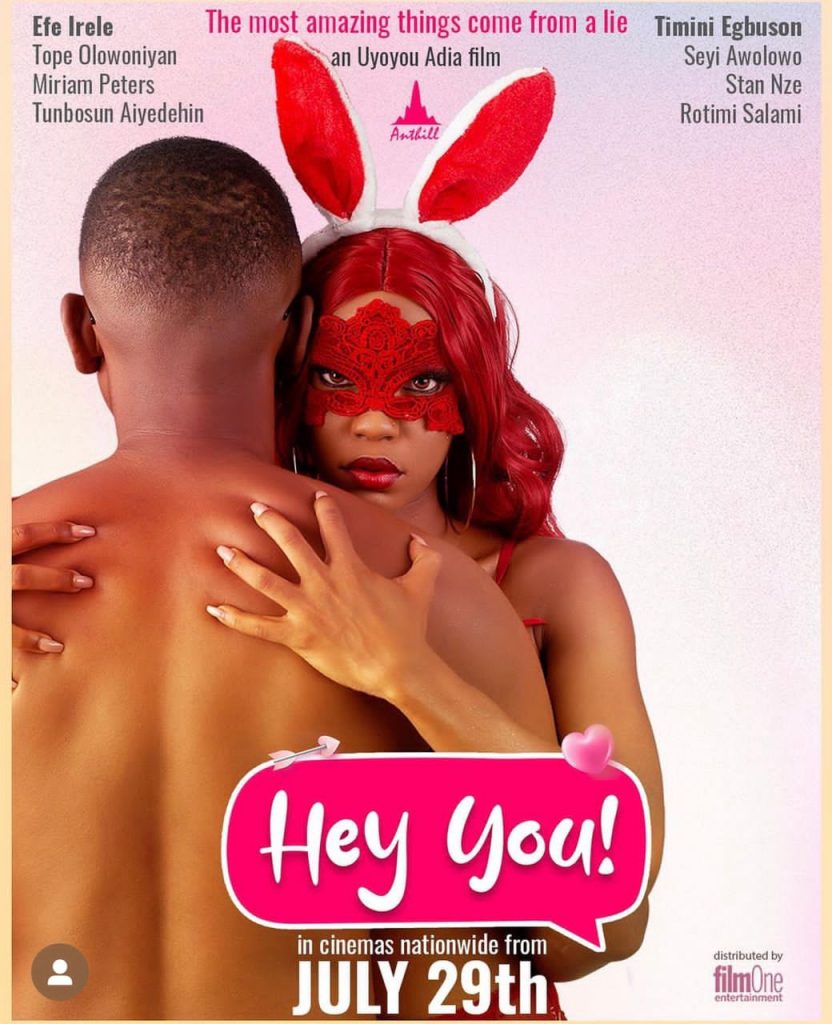 After landing her directorial debut in Inkblot Production’s Charge and Bail, Adia is on the boat for her second directorial project, and without doubt, it looks promising. The movie title Hey You is scripted by Adia, and produced by Anthill Studio’s Niyi Akinmolayan and Victoria Akujobi.

Akinmolayan has worked closely with like minds — Victoria Akujobi, Bovi Ugboma, Chinaza Onuzo — in the production of some crowd-pleasing movies like Prophetess, Wedding Party 2, as well My Village People coming to Netflix this July.

When Akinmolayan made the first announcement for the production of Hey You on his Instagram page on the 17th of May, 2022, the post received massive engagement and feedback from his fans. In the post, Akinmolayan clearly stated that this movie is rated +18, hence an explanation for the definite “not for children” poster, which got fans curious.

According to reports, the film follows the story of a 32-year-old software developer who discovers that the girl he wants to be with is a Fans Alone model. This might make him want her even more, or maybe not. We can only  find out.

For a few months, Nollywood actor, Alexx Ekubo, has been in numerous videos with Ex-Big Brother Naija housemate, Natacha Akinde. I honestly didn’t figure out she was on set for a project until the publicity materials dropped. This is her first movie appearance before and after her BBNaija fame, and viewers are surely looking forward to seeing this new project.

Tiger’s Tail is a romantic thriller that uncovers social issues of love, thuggery, and the menace of street kids. It tells the story of Amara Nzewi, a UK graduate of psychology, who has no idea she is stepping on the wrong toes when she starts a foundation to rehabilitate street boys. Soon, things get ugly as she faces the wrath of a ruthless gang leader.As with other productions by Okpala, we are confident that it will be worth the while, hence, our anticipation for its release. The movie is written by Temitope Bolade and Diche Enunwa, and stars Akintoba Adeoluwa, Zubby Michael, Chinenye Nnebe, Anita Joseph, Kelechi Udegbe, amongst others.

Izu Ojukwu is an amazing Nollywood filmmaker, whose work I admire so much especially for his deep thinking. With his epic work on ‘76 and Amina, as well as his award-winning production on Sitanda, this movie is yet another showstopper about to be birthed.

FESTAC ‘77 is a memorable event in Nigeria history which lasted a month from January 15th to February 12th, 1977, in Lagos, Nigeria and is recorded as the Second World Black and African Festival of Arts and Culture. Although infamous, the event was symbolic and impacted the lives of many artists, writers, musicians and others till date.

Ojukwu’s reference to this event in his new movie is thoughtful, but, on the side builds curiosity in the minds of many as the title suggests there was some uncovered conspiracy.

The movie, which just commenced auditioning for cast and crew members, seems to have a lot up its sleeve, and I am definitely thrilled to see it. I hope you are, too. 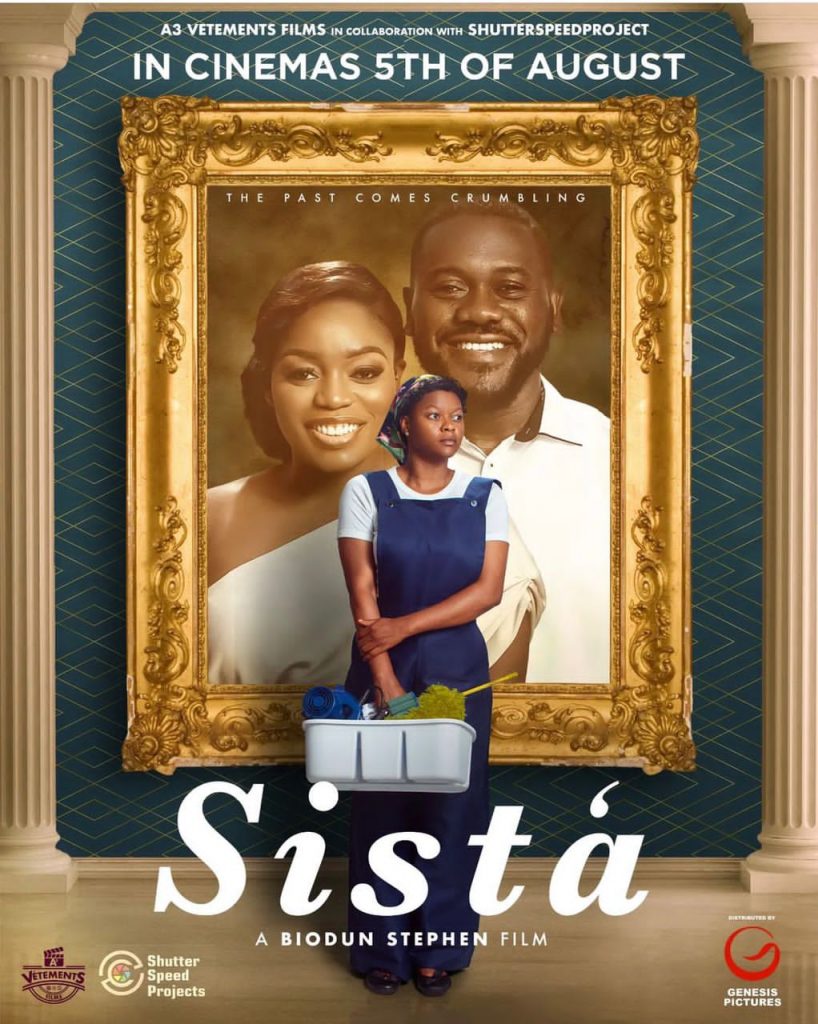 The most captivating thing for me is the title. At first sight of the official poster, I pronounced it as “sista” which is a way an elder sister or cousin will be addressed in an Igbo household.

With the positioning of Kehinde Bankole on the big poster, and a happy portrait of Bisola Aiyeola and Deyemi Okanlawon in the background, one could easily guess the lead actors.

Sista explores the story of a single mother who will go any length to protect her children from her past. It also stars Tope Olowoniyan, Chimezie Imo, Blessing Jessica Obasi, and comedian Adedamola ‘Adeherself’ Adewale.

Biodun Stephen has proven to be one of the best filmmakers in Nollywood, topping every movie with the next. Her 2021 rom-com, Breaded Life, as well as the relatable family drama, Introducing the Kujus, and the gender-based violence The Wildflower, enthralled audiences.

Set to premiere in cinemas on the 5th of August, 2022, the expectation for this movie is as high as it asks: how far will a single mother go to protect her children from her past? 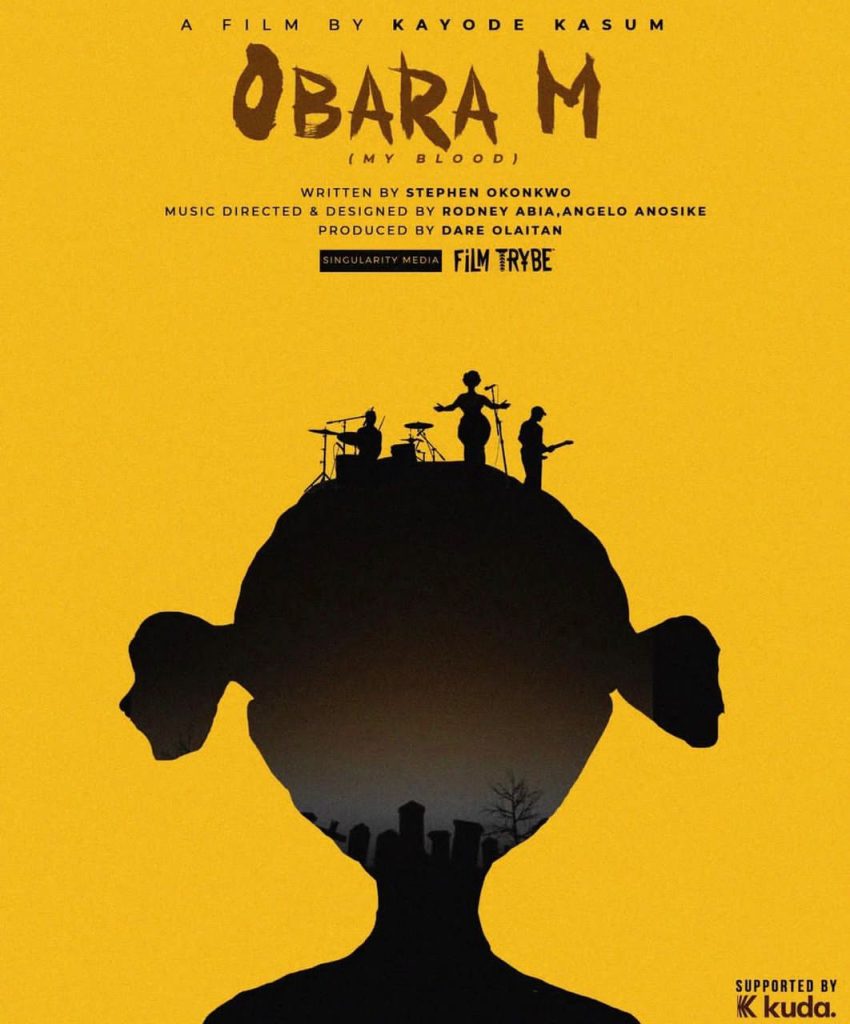 Just weeks after the release of Ile Owo (House of Money) a horror movie that is sure to send shivers down your spine if you sat all alone in a viewing room as I did, the amazing duo Kayode Kasum, and Dare E. Olaitan are set to blow our minds again with their new collaboration. The musical production titled Obara’m (My Blood) is written by Stephen Okonkwo, produced by Dare Olaitan, and directed by Kayode Kasum.

At first, the storyline was a mystery but clearly sent a serious message, through the poster released on March 8, 2022, on Kasum’s Instagram page. The image of a small girl with a band on her head and gravestones in her head attracts unwanted attention, and with the bodies colliding in this production, it is undoubtedly a targeted high-grossing film. However, as he unveils the teaser, the story explores the life of Oluchi, an upcoming musician who, after the death of her estranged father, is forced to face her haunting past. She reconnects with her daughter whom she abandoned at a young age, through music, but she faces the echoes from her past, greed and bad decisions that threaten to bring them down.

Partnering in the production of this movie is FilmOne Entertainment, Filmtrybe and Singularity Media. The movie raises anticipation with its cast selection which includes Onyeka Onwenu, Nkem Owoh, Nancy Isime, Deyemi Okanlawon, Bolanle Ninalowo, Sydney Talker, The Cavemen., and others.

Obara’m is lined up for an August theatrical debut and seems to be all everyone is talking about. Other films directed by Kasum include This Lady Called Life, Sugar Rush, Dwindle, Quam’s money, and Kambili: A Whole 30 Yards.

“To Kill a Monkey” – Kemi Adetiba 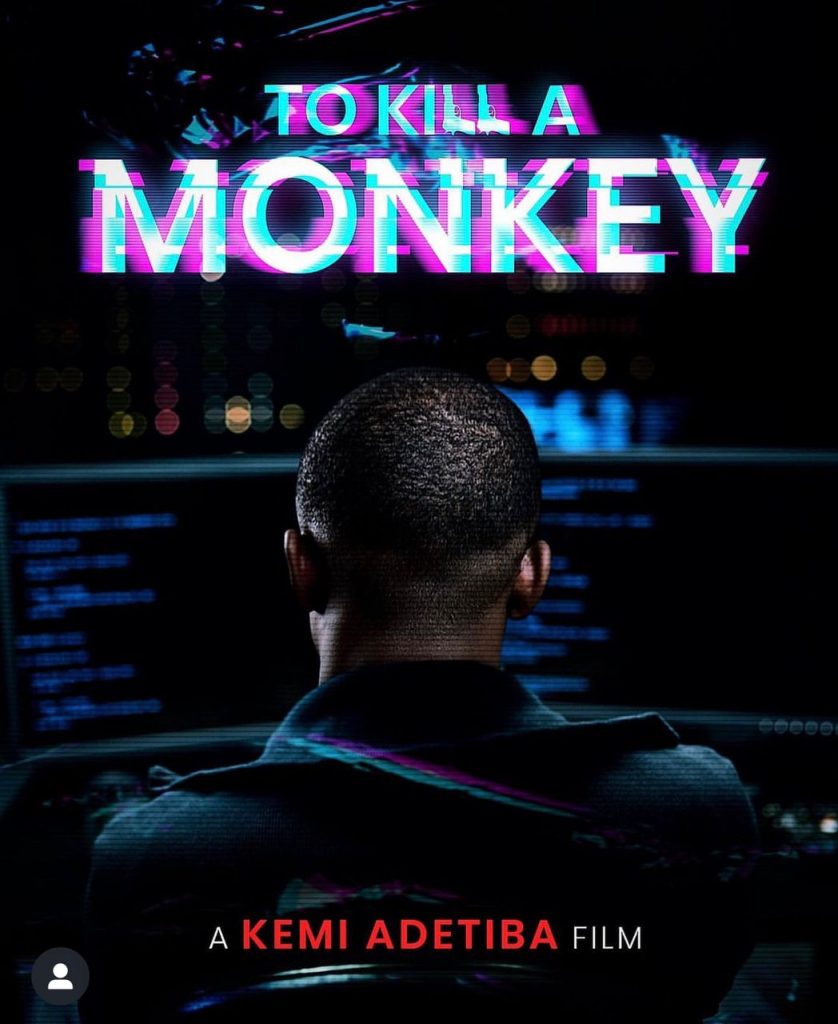 Kemi Adetiba has once again set out to thrill movie consumers. Following the release of her King of Boys sequel in August 2021, the filmmaker made a post on July 8th on her latest project, “To Kill a Monkey.” She wrote: “Bending to the threatening messages I’ve been receiving I’m super excited to announce our next project and film from the KAV stables “TO KILL A MONKEY.”

There isn’t much to say here, as this is a freshly released idea. However, referencing her previous works King of Boys and the sequel, we look forward to this being yet another exhilarating movie from Adetiba. 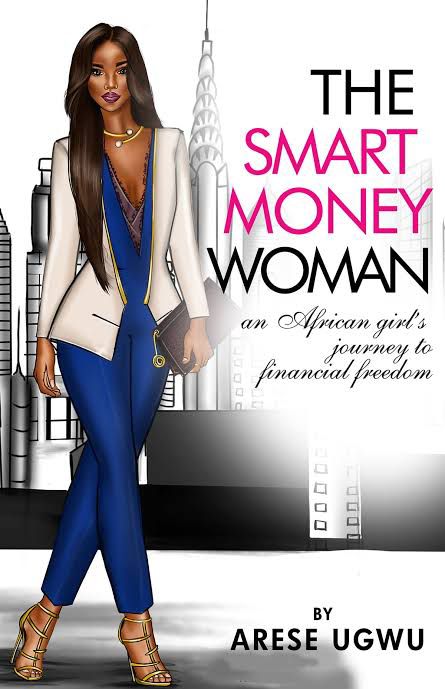 In February, showrunner, Arese Ugwu, made a post of the first pre-production meeting of the creative team which includes, the director Bunmi Ajakaiye, Lala Akindoju, Isoken Ogiemwonyi and herself.

With snippets from the set here and there, it is obvious the main cast of Smart Money Woman season one are returning to our screens. The new season stars Toni Tones, Ini-Dima Okojie, Osas Ighodaro, Kemi Lala Akindoju, Taymesan Emmanuel, Seun Ajayi, Nonso Bassey, to mention a few.

In addition to the older crew, Tobi Bakre and Eku Edewor were welcomed on board to the ongoing production. And although not much has been let out, fans believe the new season will be based on the Smart Money Woman sequel titled Smart Money Tribe, both best-sellers by Arese Ugwu.

Although production is in progress, there is no release date yet. 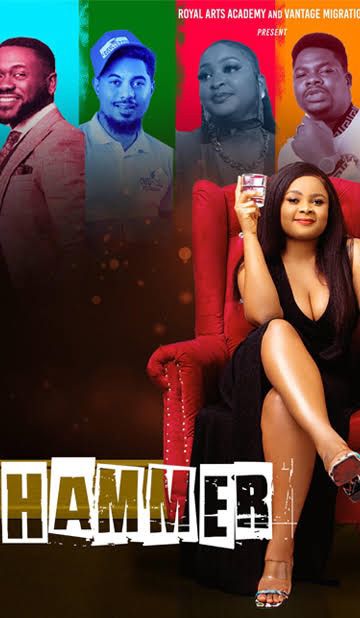 Emem Isong Misodi, the CEO of Royal Arts Academy, is set to release her latest creation, Hammer to cinemas on August 26, 2022. The movie has an estimated running time of two hours and eighteen minutes — hopefully more than enough time to convey its message.

Hammer is a relatable story that follows the life of two friends, who after graduating from school are determined to make it in life at all costs; they must decide which route to take.

Clearly. the second half of 2022 looks very promising, movie-wise, for the Nigerian movie industry.  Looking back from where we came from, to the visible growth in recent days, it is indeed a good time to be alive.