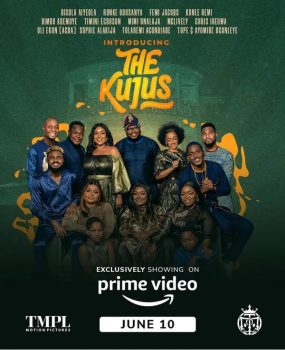 Between the intragroup relationships within the family, the age and seniority dynamics, and the uninvited outsiders crashing the party like honorary family members, the accuracy of the drama(the Kujus) is very interesting to see.

There is a Yoruba adage that says that twenty children cannot play together for twenty years. Children grow up to be adults, and life happens. Childhood friends grow apart, finding different interests and growing out of many of the things that bound them together in the first place. But it doesn’t apply only to friends. Families grow apart, too, with members scattering across the country and even beyond until they hardly ever see one another. In Introducing the Kujus, director, Biodun Stephen, (Breaded Life, Strangers) rolls out a heart-warming and relatable comedy drama about a family working their way back together after growing apart.

Based on a screenplay written by Donald Tombia (Strain) and Mannie Oiseomaye (who also collaborated with Stephen on The Wildflower and A Simple Lie), Introducing the Kujus achieves a lot in its first fifteen minutes. It’s not just that those fifteen minutes literally introduce the Kujus; it’s also about the attention-grabbing chaos that is the efficiently-shot and edited opening sequence. A boy and a girl are running through the busy streets and roads under repair, chased by a mob of angry traders whose goods have been ruined or otherwise affected by the children’s bad behaviour. As they run, crates of eggs are thrown to the ground; trays of fruits are scattered across the road; people fall down and are jumped over by others who are in pursuit of the children. An upbeat score is playing in the background, interrupted — along with the children’s race — intermittently by scenes with more normal (but mostly still dramatic) occurrences: a woman driving into a compound; another woman negotiating the cost of bananas with a vendor; a driver buying fuel at a filling station. Very normal occurrences, but almost every participant in these actions is being a little extra.

Prepare your mind for the message is clear. The Kujus are a dramatic bunch. The children running through the streets (played by Tope Ogunleye and Ayomide Ogunleye) are the youngest members — grandchildren — of the Kuju family, and they happen to be local tyrants. The adults are practically the same. Theirs is the type of family that cannot have dinner without incident. In fact, to get the family to come together for a purpose, there has to be some special trigger. Said trigger can be anything from a medical scare to a little bit of manipulation. So to force their older brothers and sister to return to their hometown for the fifth anniversary of their mother’s death, having missed every memorial since their mother passed, Mausi (Bisola Aiyeola) all but coerces her younger brother, Maugbe (Timini Egbuson), to assist her in fooling them. But no amount of manipulation can keep the Kujus together in their Badagry home when they do come together. With untreated bad blood and unresolved anger between the siblings, Mausi’s trickery becomes a recipe for disaster.

The eldest Kuju sibling is Maupe (Ronke Odusanya), the single mother of the two tyrant kids plus a 23-year-old independent-minded daughter (Bimbo Ademoye). The eldest son is Mautin (Femi Jacobs), a medical doctor with a chip on his shoulders. Mauyon (Kunle Remi) is the second son and a supermodel who is desperate to appear impressive. Maupe comes home with her children; Mautin brings his clear-headed wife (Mimi Onalaja); and Mauyon comes with a pretend fiancée (Sophie Alakija). Most of the drama stems from the older siblings, but Mausi and Maugbe get their well-deserved turns as well. In the process of it all, as arguments get heated and truths come to light in deliberate progression, the nagging questions about the sources of the familial discord get answered and resolved.

Through the petty squabbles and all the noise, the drama might seem a bit over the top. But it really isn’t. Between the intragroup relationships within the family, the age and seniority dynamics, and the uninvited outsiders crashing the party like honorary family members, the accuracy of the drama is very interesting to see. As a middle child, myself, I could particularly relate to Mauyon’s character — close enough to the top of the hierarchy so as to feel entitled but also close enough to the bottom so as to feel insignificant. But even the other characters, grandchildren and outsiders included, feel very close to home in a way that is rarely sufficiently portrayed on the big screen. It helps that the casting is smartly done and the acting is generally so believable that the film feels wholesome — like an almost perfect representation of the average Nigerian family.

This film is so well put together that when it swerves from comedy to a serious drama capable of tugging at heartstrings, and back to comedy, it never feels jarring. Introducing the Kujus gets mushy. It gets emotional. It gets hilarious. It gets deep. It gets surprising. It’s almost a roller coaster of emotions. And with a great score and good delivery from the cast (even the child actors put in acceptable shifts) under Stephen’s very skilful hands, the film doesn’t even have to try too hard to stick any emotional landing.

Of course, it isn’t a perfect film. Scenes are dragged out, there is too much repetition in the dialogues, and all the ground covered in its running time of slightly over two hours could have been covered in less time without missing out on anything. But there’s nothing here that can’t be ignored. I was in a poor mood before I started watching this film, so I was sceptical about reviewing it. But the very first scene put off my annoyance, and by the end, I could not imagine myself not singing its praises — I was even wishing for a sequel, and that’s not something I tend to hope for with Nollywood. Here is a movie that is entertaining and sufficiently chaotic while saying a lot about the complexity of family and the proverbial children who can’t play together for twenty years. 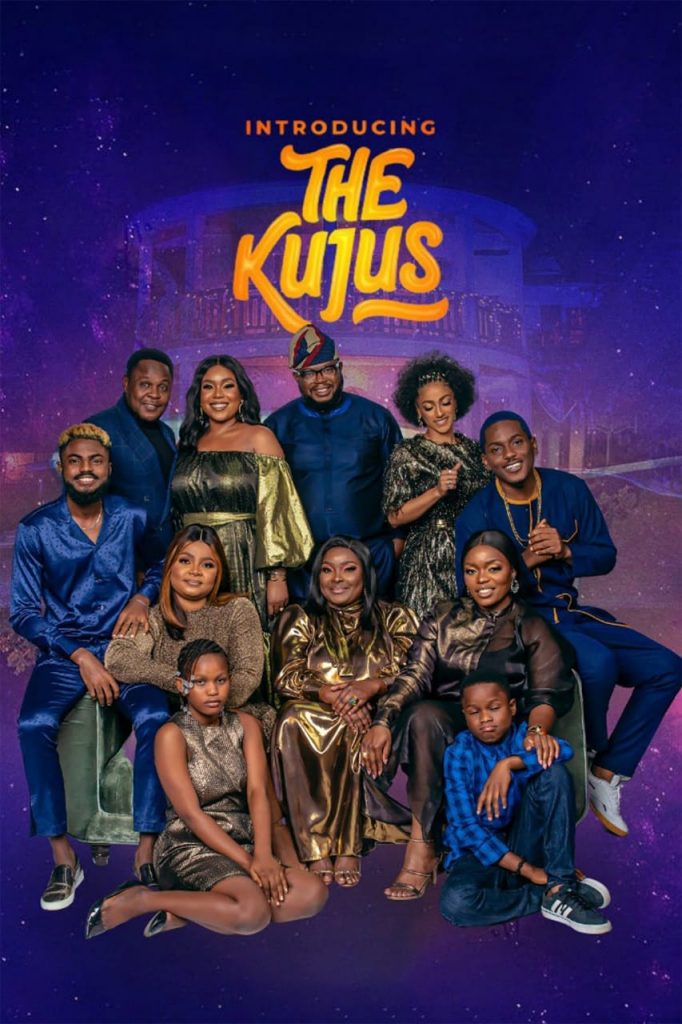 Introducing the Kujus tells an incredibly relatable tale about members of a torn family rediscovering themselves and one another, and even finding love in the process. It’s like George Bernard Shaw said: “We don’t stop playing because we grow old; we grow old because we stop playing.” The Kujus are growing old, but they’re learning to play together again.

(Introducing the Kujus was initially released in 2020 and is now streaming on Prime Video here).