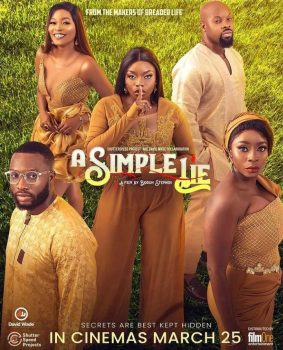 “A Simple Lie” Review: One Little Lie Sets off a Series of Shocking Revelations

Since the days of When Love Happens, and even before, working women who have achieved reasonable success have been the subject of a Nollywood romance trope that paints them as incapable of being happy without a male lover. These movies set their leading women on a path of desperation in their quest to become wives or, at least, girlfriends. The leading woman of A Simple Lie is one such woman, except, this time, the movie is not about finding love. Directed by Biodun Stephen (Breaded Life, Progressive Tailors Club), A Simple Lie is about how one tiny, desperate, poorly-considered act can lead to a series of disastrous events with far-reaching consequences for everyone involved.

The leading woman in this movie is Boma, played by Bisola Aiyeola. Boma is successful but desperate for the love of a man. So when Xavier (Kachi Nnochiri), a man who hurt her in the past, shows what appears to be renewed interest in her, she tells an unplanned lie to keep him around. But the lie is too serious to be easily doubted. Between worried friends and an ex with an agenda, Boma gets unexpected guests at her home. There is Azeem (Emmanuel Ikubese), Boma’s best friend who seems to have taken a backseat in her life. There is Azeem’s wife, Donna (Bolaji Ogunmola), a life coach who used to be very close with Boma before they had a falling out. Then, there is Fade (Bukunmi “KieKie” Adeaga-Ilori), Boma’s life-of-the-party of a friend. Five of them gather at Boma’s home with different goals in mind. And a simple lie spirals into a scandal party as tensions rise among friends and foes with one too many secrets between them.

For a movie with the majority of its scenes set in a single day and in a single house, the screenplay manages to make the most of what it has, giving each of the characters enough of a background, and providing the actors with a good deal to work with. What makes this surprising is that the screenwriter, Mannie Oiseomaye, is the same writer behind the recently released Head Over Bills, a movie that could not figure out what to do with its characters. In A Simple Lie, on the other hand, Oiseomaye is more confident with his pen. Here, he delivers a mostly well-paced and focused movie that captures the viewer’s interest and holds on to it for the movie’s one and a half hours, pouring out revelations in a climatic order that keeps the stakes high, keeps monotony at bay, and maintains, at least, a tinge of suspense. And then, he balances it out with comedy that is often well-timed and rarely feels forced. Occasionally, it’s the actors who draw laughter. But most times, the jokes are in the situations created by Oiseomaye’s story. 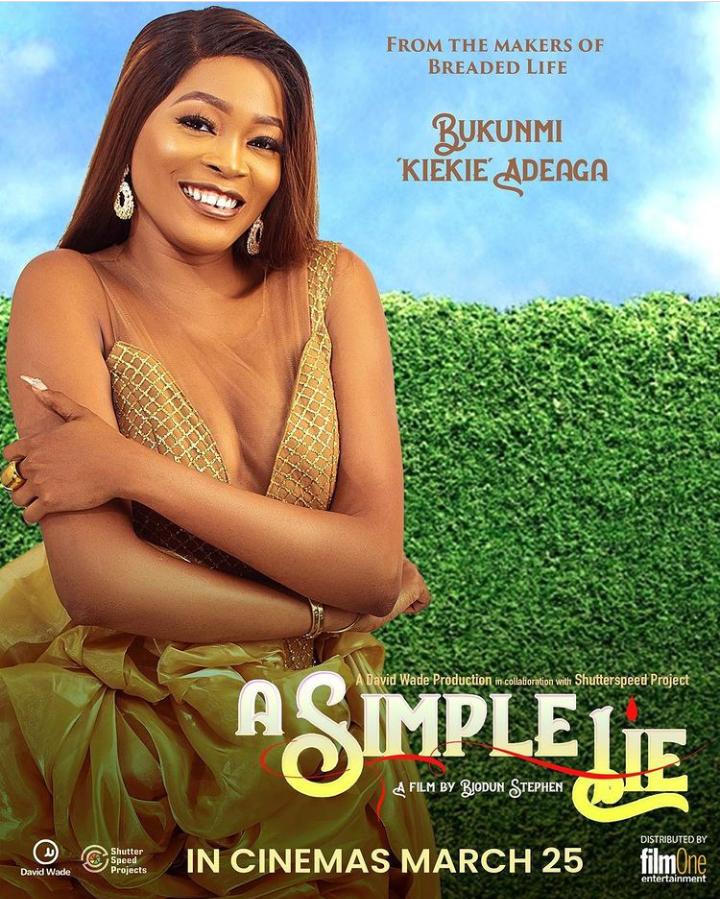 The movie juggles between the past and the present, using flashbacks to clarify the sources of all the tension between the characters. However, the flashbacks, themselves, are initially difficult to follow. Yet, ultimately, they save the movie from hanging itself on narration. With glimpses into the past, the story is shown instead of being merely told. And this is very instrumental because although the present-day conversations are enjoyable, at least, for the scandals they reveal, they are not strong enough to single-handedly make a good film. They don’t have much depth or hold much fascination. They don’t even sufficiently explore the feelings of the characters. In particular, revelations do not evoke much of any feeling that is not anger or irritation, even when hurt or some other emotion would be a reaction as natural as anger in the circumstance. And there’s never enough intensity to convey just how catastrophic the entire situation is. The effect is that the best the conversations can offer is momentary shock or laughter, but it provides nothing solid enough to follow the filmgoer out of the cinema hall.

Nonetheless, the movie is very enjoyable while it lasts, blessed with a considerably good screenplay, more than adequate direction on Stephen’s part and decent acting all round. Aiyeola has a rare gift for playing dramatic women without exaggeration. That gift shines in this movie like it did in Dinner at My Place, where she played a crazy ex-girlfriend with interesting subtlety. In A Simple Lie, she reveals more with her body language than with her words but is still never excessively expressive.

That lack of exaggeration is lacking a little bit in Adeaga-Ilori, who has earned a reputation for her social media skits as KieKie. In this movie, she isn’t much different from her social media personality. Thankfully, her character, Fade, isn’t thrown in merely as window dressing to entice passersby in the form of her social media followers, as is usually the case with skit-makers such as Broda Shaggi in Chief Daddy 2. Fade is not just the crazy and funny person in a room full of messy and dramatic but somewhat composed people. She is also a real person making real contributions to the story. In portraying her character, Adeaga-Ilori sometimes does too much. But it’s never so excessive as to be distracting or exhausting.

A Simple Lie does not promise much. It does not claim to be special. Its trailer does not reveal anything of real interest, and although there is barely an unfamiliar face among the cast, it’s not such a cast as can be termed all-star. Even the publicity campaign currently running on social media does not quite fill prospective viewers with any serious expectations. Perhaps, this lack of expectations plays a role in how interesting the movie turns out to be. But when one considers that Nollywood movies often fall below non-existent expectations, one must acknowledge that this movie is a success. 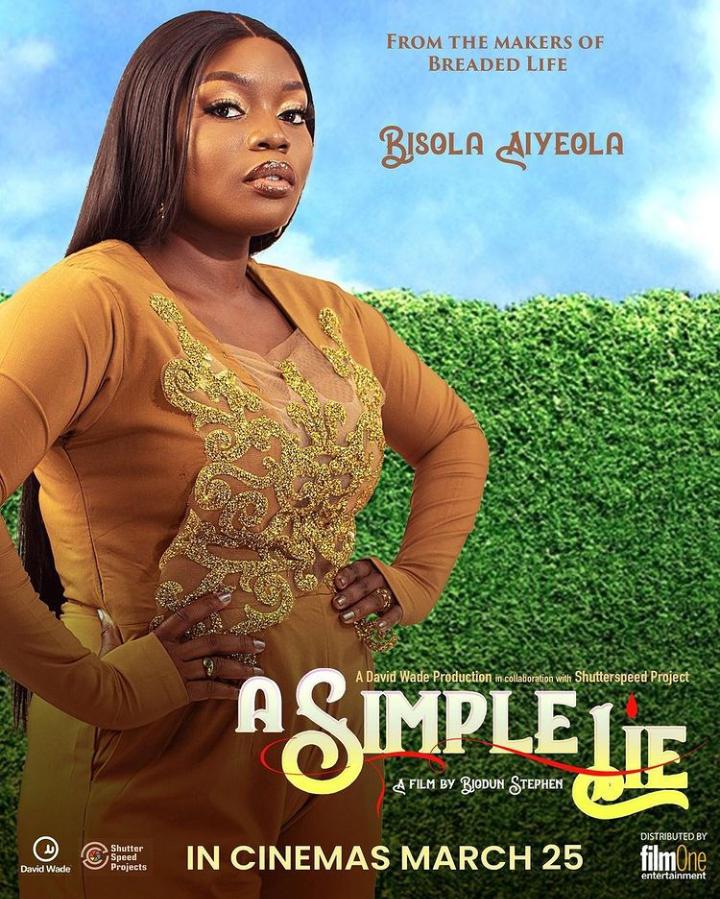 It would be remiss to fail to give the movie credit for its wardrobe which, itself, is enough motivation to keep watching. Admittedly, the wardrobe choices are sometimes unrealistic, considering that in real life, women generally do not get all dressed up, wig and makeup included, just to stay at home. But the styling in this movie is so spectacular that its unrealistic stay-at-home clothes can easily be forgiven.

A Simple Lie is a movie to watch just for the fun of it, without expecting to be blown away or absolutely fascinated. It is not riveting or unforgettable. But not all movies are meant to be unforgettable. Some are content that only provide momentary satisfaction. And Stephens’ latest is a pleasant addition to that class.