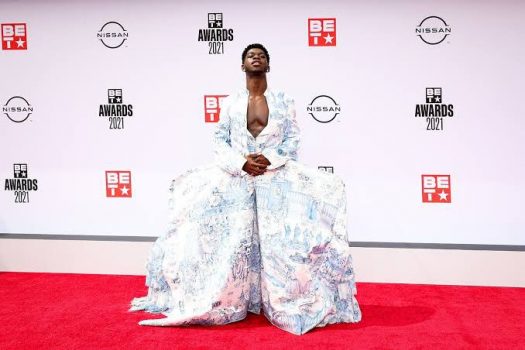 Fashion has become, well, just fashion. It is no longer hinged, but open to everyone that embraces it. The rule is changing fast: style has no gender…

In 2019, the famous fashion brand, Gucci, created a short film titled “The Future is Fluid.” It premiered at the Sundance Film Festival. The major aim of this film was gender inclusion.

Gucci had created this film as a way of inviting everyone with orientations different from the regular into a big embrace. They seemed to say, “we see you, we have something for you irrespective of what you identify as.”

But Gucci isn’t the only brand that has embraced fashion fluidity. A lot of others have, too. TomboyX and Nordstrom are perfect examples. The “fluid fashion” section can be popularly found under the ‘unisex,’ ‘Tomboy,’ and ‘Androgynous’ titles in TomboyX and Nordstrom fashion stores. More fashion companies like Chip, O. Neal, Kenneth Ize, and Sisiano are taking advantage of this fluidity by making more gender-neutral clothing. They are also making use of non-binary models, as well as allowing models to be as creative as they desire, even if they step out of the norm that the world is used to. Fashion companies now do this because of the awareness that fashion fluidity sells fast.

According to Rob Smith, an owner of a fashion fluid clothing brand, 56% of young people (the Gen Z specifically) shopped outside their ‘assigned’ genders. You could find a biological female human shopping in the section for biological men because it is what they identify as in that particular instant in time.

Fashion is becoming increasingly fluid with every break of dawn. Fashion fluidity is the breaking of the generational stereotype that skirts are for women, and trousers are for men. Basically, it takes away assigned genders from pieces of clothing, thereby making them fashionable as well as useable for every gender.

I grew up with a set perspective on fashion and colours. Loud colours such as pink and yellow were seen as the most “girlish” there were. Blue and black were boys’ colours. You could, then, hardly notice a man in a pink suit or a yellow trouser. But all these are changing fast with the times. Fashion industries are not only tilting towards fashion fluidity in their designs, they are also recognising the presence of other genders. There were only two genders before now. Now, people identify as many others beyond simply male or female.

I need to understand why we've normalized cross dressing in Nigeria.

where are our values?

Polysexuality has up to five thousand hashtags on Instagram, and many content creators on TikTok are now creating content based on different sexual orientations. Now, an Ada might not always be the girl with cornrows, and an Obi could be a girl with feline grace and more than enough feminine features. The fashion industry has seen the need for this inclusion, and they have now made fashion that crosses sexes and suits all kinds of people. Africa is catching up with this fashion fluidity. Adebayo Oke Lawal’s Orange Culture is one Nigerian fashion brand that’s working gracefully at announcing that fashion isn’t limited to genders.

I’m not a fan of making the men wear wigs. This whole cross dressing movement in Nigeria needs to stop #bbnaija

Celebrity culture plays a great role in the advancement of fashion fluidity. Many people are knee deep into celebrity worship so they easily pick up habits and lifestyle practices that are common with the celebrities they adore. Lil Nas X, for example, is a celebrity musician with millions of followers across various social media platforms. His fans look up to him, and he influences their fashion preferences, too. He expressed a lot of fluidity in the clothes he wore to the 2021 BET awards.

These clothes were designed by Andrea Gross and Richard Quinn. A couple of African celebrities are becoming bolder at expressing the fluidity of fashion, too. James Brown, a popular Nigerian crossdresser who came into the limelight by crossdressing as a woman is a case study. Going by the widely conservative methods of Africans, a lot of Nigerians showed their shock and castigated her for not dressing like a man. Many Nigerians are now getting used to her, and James is considered less of a pariah by them. Denrele Edun is another Nigerian celebrity who upholds fashion’s fluidity through his outfits. His eccentric fashion style has earned him awards and international recognition. Seeing these people excel despite being fluid will influence others who are afraid of what society will say, and help them become more expressive with their fashion in the long run.

This prevalence of fashion fluidity is also gaining dominance in our immediate environments. A lot of girls wear male briefs now and other pieces of clothing made “for men.” A lot of men who did not wear female shoes and shirts are slowly losing this doubt. Sometime last year, I came across Mark Bryan, an American man who lives in Germany. Bryan doesn’t identify as trans, but he proudly wears skirts and heels as much as women do. He said, “I dress like this because I can. Just to be different. I have always admired the women that wore tight skirts and heels. Not sexually, but the power they presented. I don’t dress to be sexual, but to dress like any professional woman would. To me, clothes have no gender. I prefer skirts to dresses. Dresses don’t allow me to mix the genders. I prefer a ‘masculine’ look above the waist and a non-gendered look below the waist. It’s all about clothes having no gender.”

The missing piece in the “gender wars” is MEN. Men have to accept their effeminate and cross dressing brothers. AGP and trans males have to claim the male space they’re entitled to. Men have to broaden the bandwidth of manhood.

This era of burgeoning fashion fluidity might just have come to stay, and Africans might be forced to embrace it sooner than later. Fashion fluidity comes with a lot of freedom, and I doubt if it is the kind of freedom people would ever love to give up. As many women are beginning to embrace the novel comfort of wearing free male briefs rather than their tight female underwears, many males are now realising they could make themselves prettier by wearing makeup and dolling themselves up when they want to. Freedom is the strongest feature of fashion fluidity, and it is one reason it has gained and keeps on gaining dominance.

The fluidity of fashion has given fashion enthusiasts more room to be creative and artistic. It makes things somewhat easier and fun as well. One does not have to worry too much about the colours of one’s clothes anymore because fashion fluidity is gaining a lot of relevance, and people are beginning to pay less attention to these things. Fashion has become undefinable and unrestricted. Fashion has become, well, just fashion. It is no longer hinged, but open to everyone that embraces it. The rule is changing fast: style has no gender.

Ijeoma Anastasia Ntada writes and reads poetry, fiction and non fiction. She has a couple of poems published in the Love Anthology, The Ducor Review, Visual Verse, Praxis Review and other places. Ijeoma is also a photography enthusiast. She takes beautiful photographs and makes them art. When Ijeoma isn’t studying to become a Laboratory Scientist, you’ll find her talking about Afro Hair, femininity, and embracing all of her girlhood.