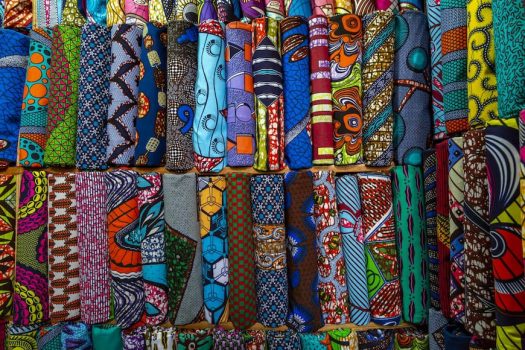 Sustainable Fashion is Achievable in Africa

Another aspect of sustainability Bousso uses is ethically sourcing materials from local artisans, a practice that has come to stay among some African designer brands such as Ethiopian brand, Lemlem, and Nigerian designer, Lisa Folawiyo…

The world is becoming more aware of how human activities can contribute to the global climate crisis, whose effects have become too glaring to overlook. To that end, there are now, however small and gradual, more conscious efforts toward achieving sustainability and environmental preservation in production and consumption of goods. As energy, transportation, and agricultural industries have contributed to the climate problem, the fashion industry has, and still is, contributing to climate change. The fashion industry accounts for up to 10% of global carbon emissions, and about 20% of wastewater.

Materials such as polyester, used in cloth-making, have a high carbon footprint. In items such as denim, materials such as elastane and synthetic dye which are harmful to the environment are used. The use of cotton, albeit a plant-based material, has also been considered harmful. This is because the cultivation of cotton uses large amounts of water and agrochemicals. Issues surrounding the exploitation and inhumane treatment of cotton farmers and workers have also been called to question. Multiples of clothes are also disposed of in landfills or burned, some never worn. These, among other reasons, have called for global action towards change in the fashion industry.

In an era where consumerism and fast fashion are encouraged, especially with younger age demographics, achieving sustainability faces challenges. Fast fashion, for example, takes advantage of changing trends and produces mass quantities of clothes that come and go out of style within a short period. With consumerism, we see a pattern where people are encouraged not to repeat outfits. These practices, while they benefit manufacturing brands to gather more profits, may be unethical to workers as well as the environment.

There are also concerns about the gender disparity that exists in the apparel industry, as studies have suggested that women within the industry earn considerably less than men, even though there are more women in the industry. Recently, the fast fashion brand, Shein, came under public scrutiny for workers’ abuse in China, where the company reportedly subjected factory workers to long hours of labour, up to 18 hours daily, for low wages.

Sustainable fashion involves considering ethics while also being environmentally friendly towards fashion. It factors in the processes by which fashion items are made, consumed, and finally disposed of, such that there is attention to social justice, equality, and eco-friendliness. As global societies ponder the effects our wardrobes and accessories have on the environment, and seek better alternatives to address an urgent problem, Africa is not left behind in taking action.  At the Lagos Fashion Week which was held in October 2022, the prime theme of the event was sustainability. The event showcased emerging designers from Africa who are focused on sustainable fashion and social impact.

In many parts of Africa, the higher demand and heavy reliance on cheap garments produced in Asia, as well as second-hand clothing brought in from the West may make it difficult for home brands to drive sales, and may also pose a challenge to sustainability, considering how these are likely produced in unethical and less eco-friendly conditions. However, in a way, purchasing second-hand clothing may be considered a method of recycling and upcycling. For instance, Ugandan designer, Bobby Kolade, upcycles second-hand clothes from the local market into new unique outfits that are then exported to the West.

Scientists are also constantly developing innovations that would drive change in the fashion industry, and while it is still a far cry from attaining a zero-emission rate, it is still one that is achievable. Biodegradable materials are also becoming more useful in the garment-making industry. A month ago, the world, at the Paris Fashion Week, witnessed American actress, Bella Hadid, wear a spray-on dress made from Fabrican, a plant-based material composed of natural fibre which is considered an alternative to animal-based leather. While Fabrican is still in its testing and improvement stages, other materials have shown promise, especially in Africa.

In pre-colonial East and Central Africa, barkcloth, a material got from scrapping and beating the inner bark of certain tree species, was widely used in making clothes. Its usage predates the use of cotton for clothes and the times of woven clothes. Barkcloth has been mentioned by UNESCO as a “masterpiece of oral and intangible cultural heritage.” Among the Baganda people of Uganda also, it held, and still holds a much higher spiritual significance, such as for use in healing and burial ceremonies.

Having waned off in usage over the past centuries, designers are slowly embracing barkcloth in making clothes, and extending its usefulness to other areas such as wall coverings and decorative art. This year, it was showcased at the Smithsonian Folklife Festival in the US. As part of sustainable fashion, Ugandan designers such as Kolade and Sarah Nakisanze, and José Hendo, have used barkcloth in making fashion apparel and accessories.

Tencel fabric is another material made from the eucalyptus tree, thus, making it a sustainable source. However, unlike cotton, which is also plant-based, Tencel requires less use of water and energy to make to fabric. Other materials that have also been explored in cloth-making include bamboo, silk, hemp, and even mud. Brands, such as Senegalese Diarrablu, use Tencel, among other materials in their production.

Diarrablu, owned by designer, Diarra Bousso, also takes a more conscious approach toward fashion, taking up an “artisanal mindset” that minimises waste as much as possible. Another aspect of sustainability Bousso uses is ethically sourcing materials from local artisans, a practice that has come to stay among some African designer brands such as Ethiopian brand, Lemlem, and Nigerian designer, Lisa Folawiyo.

When we think about it, traditional and cultural fashion systems in Africa employ sustainability, such that less power is generated during production, and more naturally-occurring materials are used. Perhaps, a better route to sustainable fashion is to go back to the basics. Traditional Adire, a tie-and-dye clothe made through a resist-dyeing method common in southwestern Nigeria, used a plant-based dye from the Elu leaf found in northern Nigeria, as well as cassava root paste to create a deep-blue colour.

In Mali, a mud resist style is used, while in Senegal, rice paste is used in place of cassava. Clothes that are woven with a loom such as the Nigerian Awkete cloth and Ghanaian Kente cloth require little to no electricity. Mass production is also reduced when outfits are made-to-order rather than ready-to-wear, bespoke, if you may.

(Read also: How Artists are Promoting African Culture and Heritage through Digital Media)

Sustainability also covers other aspects of the fashion industry aside from clothing. Since the 1950s, the use of hair extensions in African and Black communities has become cultural in the hair industry, with extensions produced from synthetic fibres. Synthetic fibre is made of plastic which is not biodegradable. However, for the sake of preservation and continuity, Uganda Juliet Tumusiime, founder of Cheveux Organique, makes hair wigs and extensions from banana fibre, as an alternative to synthetic ones.

We cannot ignore how adopting alternative and traditional production are expensive and time-consuming, but, achieving this, however gradual, is indeed possible. Moreso, better education and awareness about environmental conservation, especially about the effects of microplastics on the environment, can bring about changes.

The beauty and cosmetic industry, for example, has explored eliminating the use of plastics in packaging products, such as redesigning packaging materials, using bio-based plastics derived from biological resources, and the use of refillables. There have also been calls to reduce the use of black-coloured plastic bottles in the cosmetic industry, owing to the difficulty of recycling due to its pigments. With digital technology as well, people can attend fashion events remotely, or through hybrid medium, thereby reducing the levels of carbon footprints created by large-scale fashion shows.

As world leaders gather, once again, in Egypt for the COP27 to deliberate solutions to mitigating the harrowing effects of climate change, we, as individuals, we can take decisive steps to avoid overconsumption, by buying only as much as clothes as we need, patronising local brands, as well as reusing and recycling fashion items. The fashion industry in Africa can also cut back on its reliance on harmful chemical raw materials and products, and shift towards traditional production systems. Real change, after all, begins with small actions.