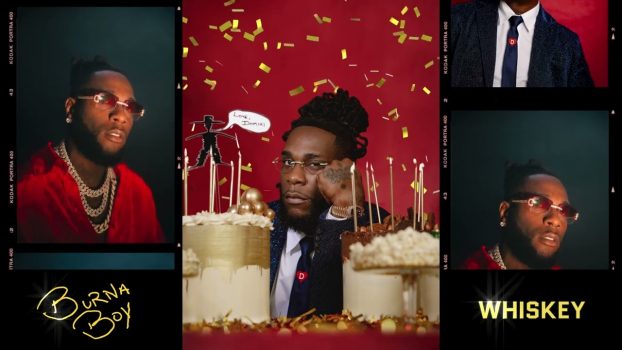 Can Nigerian Music Be More Eco-Sensitive?

The truth is that the world of music is an active participant in shaping the consciousness of the world. Let it not be said that the ultimate reaches of this responsibility and influence were not fully explored…

On the 8th of July 2022, Nigerian singer, Burna Boy, released his album, Love, Damini, and one of the songs off the album, “Whiskey,” tackles the problem of soot rain in the city of Port Harcourt. In the song, Burna Boy laments that gas flaring has made “the air turn black,” decrying the careless environmental ethics of the oil exploitation companies in the Niger Delta. In one striking use of ecological metaphor to refer to the wealth disparity between the poor and the rich and the exploitation thereof, Burna sings: “People dey wey dey pray for the rain but e no fall/Rain dey fall for another man place and e no stop.”

Burna Boy has developed a certain kind of artistic affect over the years: in each of his full LPs he never ceases to gaze at the society with a kind of somber reflection and gloom. “Whiskey” becomes not just a symbol of frustrated inebriation among the people of the country but also the opposite, a sobering feeling and a chastising realisation of the poor state of things.

And yet this kind of social and environmental consciousness from Burna Boy is not something that has been very rampant in the Nigerian music industry, especially in Afrobeats.

The problem of the twenty-first century is largely the problem of human survival. And a huge part of that problem is hinged on the outcome of environmental degradation, climate change, and the multiplicity of social disruptions that we are subject to in Africa. More than ever before in history, we are living in a time in which Nigeria and other locations around the world are threatened by reckless human activity on the environment. Every year, there are reports of devastating floods all over the world. There is the continuing encroachment of deserts on arable lands, accompanied by great water scarcity and poor crops. There is also the degradation of green areas from careless oil spills. Fishes are dying in the rivers and seas, animals are dying after ingesting harmful toxins, and plant life is endangered.

If Nigerians keep depleting the flora and fauna of the country, we may suddenly see rising sea levels that swallow coastal cities. But this is no far-flung prediction, for even before our gazes we are seeing the slow, insidious, and quite literal liquidation of coastal cities in Nigeria and around the world through incessant floods—a result of unusual rain patterns and rising sea levels. Lagos has been prone to occasional flooding from as far back as the post-World War II era. The city’s exponential growth in the last few decades, the reclamation of land from the sea and floodplains, and the development of prime real estate on the sea front has led to an increase in flooding in recent years. As recently as early July this year, a series of heavy rains submerged many parts of Lagos in water. There were places in which half of the houses were under water, and people had to use boats to get through in some areas. With the increasing threat of climate crises in Nigeria’s entertainment capital, this is the time for musicians to raise awareness of environmental crises and climate change in their music. The survival of Nigeria, and the world at large, rests on the shoulders of human beings and one wonders why a lot of people are not environmentally conscious. In Nigeria, refuse heaps litter the cities like terrible monuments; a poor plastic waste disposal policy has turned many cities into little more than rat burrows. It appears that the Nigerian value for ecological issues is at an all-time low. Or perhaps, it may be that we do not place a premium on these things.

Music has a long history of confronting and tackling social issues, of identifying with a consciousness that things are not the way they should be. This sense of social justice has been there from the first time that man began to make music. There are music genres, such as Reggae, which has a penchant for socially-sentient music.

The artist is a very attentive individual; nothing escapes his roving gaze. A musician—or any other artist—is like a researcher of the world around him; he goes back in time, if he must, casts about his surroundings and tells the story of what he sees. There is, perhaps, a choral agreement that the kind of art that touches the chore of the soul is the one that reflects the reality of a people. Perhaps no song has taken as seriously environmental activism on the world stage the way Michael Jackson’s “Earth Song” has done. Jackson’s sorrowful call to save the ailing earth evokes reflection and tears.

Marvin Gaye’s 1971 song, “Mercy, Mercy Me (The Ecology),” laments that things are no longer what they used to be due to our despoiled ecologies. The stirring lyrics and instrumentals in Imagine Dragon’s 2012 song, “Radioactive,” sees a vision of a post-apocalyptic world filled with drifting ash and dust, warning that this is what will happen if humans don’t put a stop to enriching radioactive chemicals. A similar song like Imagine Dragons’ is “Another Way to Die” by Disturbed. Another electro-song on this theme is “All the Good Girls Go to Hell” by the very talented Billie Eilish, which talks about burning hills and rising water levels, and the damage to the world. Childish Gambino takes the themes a notch further with his song “Feels Like Summer.” The artifice here, as in all his songs, is in the subtle linguistic implication (“Birds were made for singing,/ waking up to no sound”). There are two notable multiple-feature songs that focused on ecological problems. The first, Common’s “Trouble in the Water,” details water contamination, poor environmental practices, and how “when the water starts to kill the fish/ . . . you know how lethal is.” The second is Lil Dicky’s “Earth,” a ditty that seeks to sensitise listeners on the need to love the earth, for only love for nature can make us preserve it. The song has lines from many featured American musicians and actors from Justin Bieber, Ariana Grande, Halsey to Snoop Dog, Kevin Hart, Miley Cyrus, Ed Sheeran, Leonardo DiCaprio and many others. There are, in fact, dozens of songs, from Western to traditional Asian music, stating the obvious about our world. There is a conscious awakening all over the world on the need to wake up to scorching ecological realities. How much is Nigerian music contributing?

One of earliest instances of eco-themed music in Nigeria is “Environmental Sanitation,” the 1986 song by the Yoruba Juju singer, AdeoluAkinsanya, with its typical drum accompaniment. Timaya’s debut hit single, “Dem Mama,” catapulted him to limelight because of the tragedy of the central story it tells about the 1999 destruction of a small community by soldiers, as part of the war against militants who, in turn, were partly fighting against the despoliation of the environment by oil exploitation companies. Burna Boy’s “Whiskey” also suffices here. There is the 1989 album by Sheila and Des Majek, titled Green Leaves. It is the only music album in Nigeria entirely dedicated to the theme of environmental preservation. Sadly, the album did not generate much buzz and fizzled out of the public domain in the intervening years. In 2020, Christian Aid, a charity agency of 41 Christian denominations based in the UK and Ireland working to eradicate poverty and bring relief to those affected by climate disaster in Africa, Asia, the Caribbean and South America, commissioned a piece on climate change from the ethnically diverse Chineke! Orchestra, led by British-Nigerian composer, Chi-Chi Nwanoku. The piece had its premiere in St Paul’s Cathedral, London, in the same year. The piece represents, perhaps, the only instance of an artist of Nigerian descent involved in the making of a classical music piece on climate and the environment.

In music, the vision of the issue enlarges to include poverty and the life of people living in slums. Wizkid’s “Ojuelegba” comes in here. There is also Brymo’s “Down,” with its understated satire. The Nigerian music industry has come of age.

Perhaps, more than ever, this is the time to look around and explore those aspects of human existence that need urgent attention. There is a palpable rallying cry for music to lend its impactful voice to the task of saving the earth. But this seems to only be the case in countries such as the United States and other developed nations. Some entertainment industry stakeholders have stated that one issue around this is the lack of money to execute such projects. A rankling question is whether poverty helps the Nigerian lack of social and environmental consciousness. Are Nigerians too hungry to worry about social and environmental problems, as a few people have suggested? Are our musical artistes paying more attention to profit than the environment on which they stand? Poverty and deprivation is supposed to bring people to an awareness and insight into the larger situation of their predicament.

The question of poverty here is therefore a facile one. In an interview, producer, Kingsley Omoefe, says that there’s not much commercial value for such themes because the Nigerian audience does not appreciate them. This is part of the reason why Sheila and Des Majek’s Green Leaves album failed. The theme of the album was clearly not suited to the audience and time, when Nigeria was under a military regime. In the past thirty years, however, Nigeria has transited from military to civilian regime, and environmental awareness has increased.

The question of demand and supply is a tricky one. More often than not, we find that demand occurs when there is a simulated series of events to aid it. Demand is created when the media—music, social media, broadcast and print journalism—inundates the society with a particular set of images regardless of profit. Causes such as environmental justice go beyond mere monetary gains.

The Nigerian music industry could, perhaps, start by partnering with Green NGOs and other social bodies, as in the case of Christian Aid. Platforms could be created where top musicians synergise to make records that speak directly on these issues, as happened with Lil Dicky’s “Earth,” but perhaps now with greater artistic success. That singular act will bestow Nigerian music with a lease of freshness and sense of purpose.

The truth is that the world of music is an active participant in shaping the consciousness of the world. Let it not be said that the ultimate reaches of this responsibility and influence was not fully explored.

Chimezie Chika’s short stories, poems, and essays have appeared in, amongst other places, The Question Marker, The Shallow Tales Review, The Lagos Review, Praxis Magazine, Brittle Paper, and Aerodrome. He is the fiction editor of Ngiga Review. His interests range from culture to history, art, literature, and the environment.