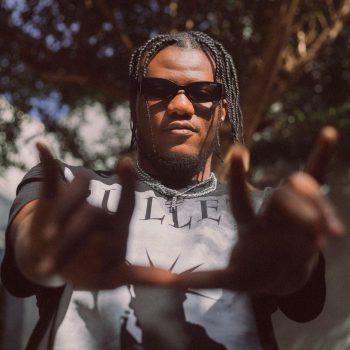 Pheelz Was a Success Story Waiting For Its Finesse

In a record like “Finesse,” Pheelz does little to surprise the listener. It is the flip-side of his musical legacy, showcasing the exact same output quality that he does for other artistes…

If you were conversant with the Nigerian music scene of the 2010s, then one of these phrases must have stuck in your mind: Pheelz Mr Producer! Or Ridimakulayo! Chaperoning some of the greatest hits of the veteran Nigerian rapper, Olamide, Phillip Moses, better known as Pheelz, came into the industry with hit-ready melodies, the type that got your waist wiggling and your head bopping at social gatherings. From Olamide’s 2012 super-hit, “First Of All,” to the Headies-nominated “Baddest Guy Ever Liveth,” Pheelz stood out as a merchant of melodies, trading his finessed flair for rare sounds to whoever had the vibe and the crisp notes to pay.

And after a decade sitting on his producer’s chair, the 27-year-old musician has evolved as a singer, and one of the most listened-to of his generation.

Pheelz’ work ethic reflects very vibrantly in his discography. The success of his widely-acclaimed song, “Finesse,” was not overnight; it was the fruit of his labour of love, over the years. Slowly cooked, like tender meat over a grid-iron, Pheelz’ melodies bear a certain futuristic vibe, swaying towards the dancehall/Rnb/Pop/Hip-hop fusion. His melodies have always been high energy, waiting to absorb the listener. And in records like Lil Kesh’s 2015 mega-hit “Shoki,” or Runtown’s “Tuwo Shinkafa,” and Teni’s “Billionaire,” Pheelz’ artistic blueprint of producing memorable records that can stand the test of time soars above even just the initial hype.

In a record like “Finesse,” Pheelz does little to surprise the listener. It is the flip-side of his musical legacy, showcasing the exact same output quality that he does for other artistes. The song, on its own, doesn’t appear to be grand or out of the ordinary; it is a good record, firstly, but it does little to impress the listener. Its composition is nothing new, for a musician like Pheelz. However, BNXN’s (formerly known as Buju) sleek flow on “Finesse” was an ear candy, seeing as the singer already had the attention of the whole country with his litany of evergreen features. BNXN came through on “Finesse,” but more credit is due to Pheelz for the melody that submarines this record.

Interestingly, the final version of “Finesse” was birthed out of coincidence. Pheelz had already tag-teamed fast-rising producer, Miichkel to produce the bop, and a snippet was posted on social media around early February. BNXN saw the video clip and asked to be featured on it. And two weeks later, we all see another snippet of the song where BNXN sings a part of his verse leading up to the infectious chorus. And before a week to its release, the chorus had birthed a viral trend on TikTok titled, #FolakeChallenge, which left the streaming platform dotted with people singing the chorus “If I broke na my business, Folake for the night o!”

It was a harmonious chemistry between the Pheelz and BNXN, seeing as none of them was desperate to outshine the other. In fact, Pheelz opening the song with his verse showed his lyrical depth as a songwriter, establishing the vibrant mood of the record and setting a nice pace for BNXN to finish the job. BNXN typically drifts across the tight-fitted beat, woven around tender guitars, subtle kicks and percussions, while Pheelz powers through the record with similar tempo.

Overall, it was not a mediocre record, but for someone with Pheelz’ musical wits, it is fine to not overpraise or drown in the hype of “Finesse,” because the singer has proven to be a treasure trove of so much more. And, sometimes, overpraising the bare minimum could lead to complacency.

Before you draw the curtains on your perceptions about Pheelz, you should listen to his debut project released last year titled, Hear Me Out. In one of the songs on the record dubbed, “Somebody,” Pheelz affirmed his dreams of becoming “a somebody.” The EP was a statement record, projecting Pheelz’ musical ambitions, versatility and drive to become a beacon of hope for other producers who can sing as well. Other producers such as Jesse Jagz, Ckay, Young Jon, Tay Iwar, Odunsi, Maleek Berry, Dunnie, among others, have established themselves in this line. And so, while Pheelz achieves the same feat, he strengthens the hope for other aspirants. Already, from Hear Me Out to “Finesse,” it seems Pheelz is set to flex his prowess within the Afro-pop scene, with his heart set out on the love-and-life theme. And with a saturated music scene, it seems like a risky adventure. However, for someone with Pheelz’ experience, it is a walk in the park. And he is definitely poised to go very far, and while he is at it, one can’t help but admire his ‘finesse.’