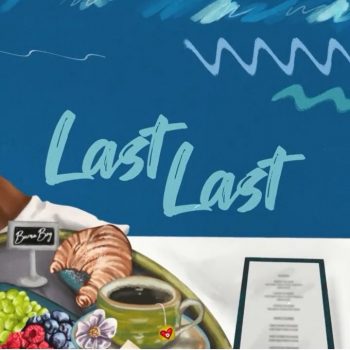 For a rookie video director, this video wasn’t a bad first trial or attempt. The Spaceship/Atlantic records artiste is proving himself to be a true “Jack of All”…

Is Burna Boy cross carpeting into filmmaking? Anything seems possible these days for the Grammy award-winning singer, following his recent successes ranging from earning a third Grammy nomination in a row, to selling out the Madison Square Garden, New York, and then performing at the just-concluded BBMAs. The “Ye” crooner continues to prove himself to be a force to be reckoned with within the music world, and at this point, he is saying to himself that there’s nothing he cannot accomplish if he sets his mind to it. And he’s right, there seems to be absolutely nothing!

The job of a director is made easier when the props, location, and crew are ready on standby. The only thing left to do is roll the cameras. “This video is directed by me Damini (Burna Boy), my cars, my house, my friends, my Igbo, my shayo, most importantly for you, my fans,” Burna Boy writes at the start of the video, and also on his Instagram page. He discloses that everything used in the making of this video were his personal items and belongings.

Burna Boy addresses issues about his love life, his car crash, and his recent split from his estranged girlfriend, Stefflon Don. “Last Last e don cast na everybody go chop breakfast,” a chorus sings at the introduction of the song. To “chop breakfast,” used these days mainly by Nigerians is a slang which means to be jilted or disappointed by a partner or romantic other.

Burna Boy revealed recently on an Instagram live session with fans that he was actually in love with miss Don, and he was disappointed that things had to come to an abrupt end between them. This prompted the lines in the song: “Baby, in another life maybe you would be my wife and we would get it right. E don cast, last last, na everybody go chop breakfast. I had to say bye bye o to the love of my life, my eye o don cry o. I need Igbo and shayo.”  The song was produced by Chopstix, formerly signed to Chocolate City music. The veteran music producer sampled instrumentals and adlibs from Toni Braxton’s classic, “He Wasn’t Man Enough,” originally produced by the multiple Grammy award-winning record producer, Rodney Roy Jenkins.

For a rookie video director, this video wasn’t a bad first trial or attempt. The Spaceship/Atlantic records artiste is proving himself to be a true “Jack of All,” even though he had some creative guidance from Clarence Peters’ production company, Capital Hills Pictures. Burna Boy’s decision to seek out professional and experienced hands to assist him with the video shoot was commendable, and it eventually paid off.

It is usually the same familiar faces in Burna Boy’s videos: friends, acquaintances, and a few industry hands. Artiste promoter and industry socialite, Rahman Jago, was given a cameo in the video as well.

This song, “Last Last,” is another testament to Burna Boy’s genius, in his using random situations and happenings around himself to create a hit song. “I dey Port Harcourt when dem kill Soboma, I dey try to buy moto, one Toyota Corolla, my feelings bin dey swing like jangle over, Now you bash your Ferrari eh Burna? Na small thing remain it would been all over.” Soboma George was a Niger Delta militant, and a  member of the Movement for the Emancipation of the Niger Delta, who was assassinated in 2010. Burna Boy has mastered the art of using stories and scenarios that fans can relate and identify with to make good music, and by so doing, making music creation seem very easy and effortless. In reality, however, it’s a very technical and complex job. But, does “Last Last” drill too close home to encourage the level of creative comfort it exuded?

“Igbo” is a popular vernacular word used in Nigeria to describe marijuana or weed, and “shayo” describes any strong alcoholic drink. Going by the song’s apparent support of drug use, the song and video, then, come at the heat of the moment when the Nigerian National Drug Law Enforcement Agency (NDLEA) are heavily on the hunt for drug users and peddlers. Just recently, Nigerian singer, T.I Blaze’s home was raided by men of the drug enforcement team. There are fears that the same might be in the offing for Burna Boy. His management might also have a hard time dealing with the Nigerian content censoring board to allow the song radio and television airplay.

In the video for the song, Burna Boy gives fans and viewers exclusive access into his home and  personal life. He displays his numerous awards, including his Grammy plaque, fleets of cars, jewelries, wads of cash, and some other music paraphernalia.

The video contains cutaways and excerpts of various events, concerts and shows the singer had previously performed at, all of them playing intermittently while the actual video where he’s seen performing the song together with friends and acquaintances keep rolling as well. The editor, Antemilio, did a decent job in chopping and arranging the various clips, as well as adding some visual effects.

The video collage lasted two minutes fifty-three seconds, with fairly good medium shots of friends and crew gathered round the African Giant. At exactly 2:04 playtime, the cinematographer captured a glimpse of Chopstix dressed in a red and black lumberjack shirt with a pair of black shades on: a well-deserved cameo for the excellent work he did on the beat.

Director Damini (Burna Boy) took some beautiful shots of himself sitting by the edge of his swimming pool which had engraved on the bottom an inscription of his self-proclaimed title, “African Giant.” The director also captured a low-angle shot of himself standing outside the balcony of his house and performing the song.

One of my favourite clips was seeing Burna Boy at 2:15 playtime looking either high-off the weed he visibly displays over the video, or drenched in self-meditation and not uttering a word, only vibing to the sound playing in his head, surrounded by wads of cash placed in front him, while the chorus played.

Another one of my favourite shots was taken at exactly 0:53 playtime. Captured in sepia or a black and white visual effect was a superb close-up shot of Burna’s face, affirming with a smile that he needs igbo and shayo. He confirms with his exposed teeth that he had finally taken out his diamond grillz.

While the song remains a beast of a track, the video itself was fairly enjoyable. It had some repetitive scenes of the same activities happening all over, making it seem the editor either didn’t have enough great shots to work with — which in that case would be the camera man’s fault for not taking as many shots as possible — or the editor just chose to do away with some of the shots. Also, there was a serious case of poor lighting on the set. In all, the director is to blame for the video’s shortcomings, if for nothing but in his accepting the final cuts and edits. An average effort, nonetheless, welcome to the film making world, Burna Boy.

Omowale Michael Bokinni is a trained cinematographer and screenwriter. He is an alumnus of the prestigious Royal Arts Academy Lagos. Passionate about all things music, movies and entertainment in general. He is also an actor who has featured in a number of Nollywood movies, the most recent being The Royal Arts blockbuster, Bitter Pill. Instagram @omowalebokinni. Twitter @bokinnio.