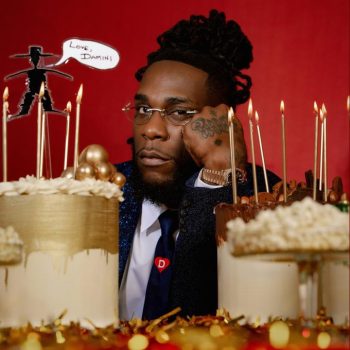 “Love Damini” is a Cathartic Epistle From Burna Boy

Love Damini falls short of Twice As Tall. It is not as stately as African Giant.  However, it leads to another arc of Burna Boy’s sonic and thematic exploration…

Burna Boy, the self-proclaimed African Giant, returned last week with his sixth studio album, Love Damini, his third since his global breakthrough. It’s a follow-up to the 2020 Grammy-winning Twice As Tall album.

From the experimental debut album, L.I.F.E (Leaving an Impact for Eternity), to the ‘second album slump’ On a Spaceship Ship, down to the genre-blending Outside Album, Burna Boy has been on a transformative journey. His current global trajectory might have been amplified by the African Giant album; however, Twice As Tall took it to a greater dimension.

The last decade has been a rollercoaster for Burna Boy. He moved to Lagos from Port Harcourt, Rivers State, after conquering the South Eastern city. From Lagos, the voyage breezed into the United Kingdom, and since the last twelve months, Burna Boy has been having a good time in the United States of America in his trial to spread his tentacles to other parts of the world. He might just be starting to truly embody the “African Giant” epithet.

Love, Damini is a voluminous nineteen-track album, with Burna going solo on ten, while the remaining nine are split between collaborators like J. Balvin, Victony, Khalid, Ed Sheeran, and more.

The album opens with the anthemic and choral-led “Glory.” On this track, Burna Boy invites the listener on a journey through his story. The song is assisted by South African all-male band “Ladysmith Black Mambazo.” Burna Boy let out some  secrets in the second verse: about his time in a prison in the United Kingdom. It is a vulnerable trip, a stark imitation of “Level Up.” The album swiftly segues into the second track, barely leaving room for interruption. The party kick starts with the throbbing “Science.” It recalls elements of the African Giant album. Cocky and thrilling in the same breath, the percussion collided with Burna Boy’s lyrical prowess as he calls people to the dance floor.

Regular collaborator, J Hus, comes through with his distinctive, threat-leaning verse on the jaunty track, “Cloak & Dagger.” Not even Burna Boy could level up to what J Hus brings on this track. J Hus took over the track, made it his own, and returned it to Burna Boy. 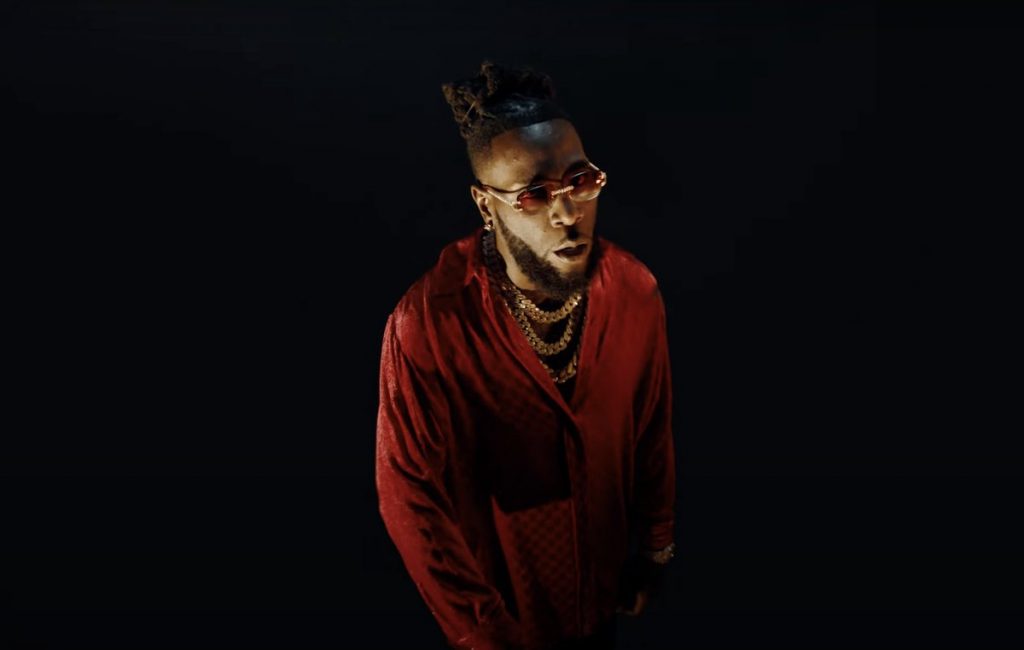 While Burna Boy calls himself the African Giant, he had failed, somewhat, to embody that name. For a poverty-stricken continent, the name can only be bestowed on an artiste who knows what it truly entails in the political and musical angle of things. For Burna Boy, he has been on and off when it comes to living up to the expectation of his moniker. Sometimes, when he tries to, he comes off flat.

On the satirical laden “Whiskey,” while Burna Boy’s intention might be genuine, the delivery is poor. “Whiskey” centres around the soot in oil-rich Port Harcourt, but  the intensity of the topic is watered down by some needless distractions: government antics, corruption, etc. “Common Person,” which serves as a message to the masses, is another mid-attempt at activism.

Serial hit-maker, Chopstix, produced the two lead singles, “Kilometre,” and “Last Last” off Burna Boy’s project. A dub-y is counterbalanced by drums on the former. The track sees Burna Boy name-dropping Sir Shina Peters while basking in his recent achievements. The latter, “Last Last,” is a heartbreaking letter to his ex-girlfriend, and also a personal outburst. Beyond the igbo and shayo rhetoric, this track is one of the ways Burna Boy lets his guard down. “Breakfast” is for everybody and he as a celebrity can relate to that.

Kel P Vibes makes a return on “Jagele.” The production shares similarities with “Killdem” (intro) and also “On the Low,” (strings). The song harks back to the African giant.

After singing All Power Belong to Your Bum Bum on “All Power,” Victony seems to have recanted his views and now shares a new way of observing the female back side. On the King Vinci-helmed, Amapiano-driven “Different Size,” both artistes whimsically talk about the types of back sides there are. 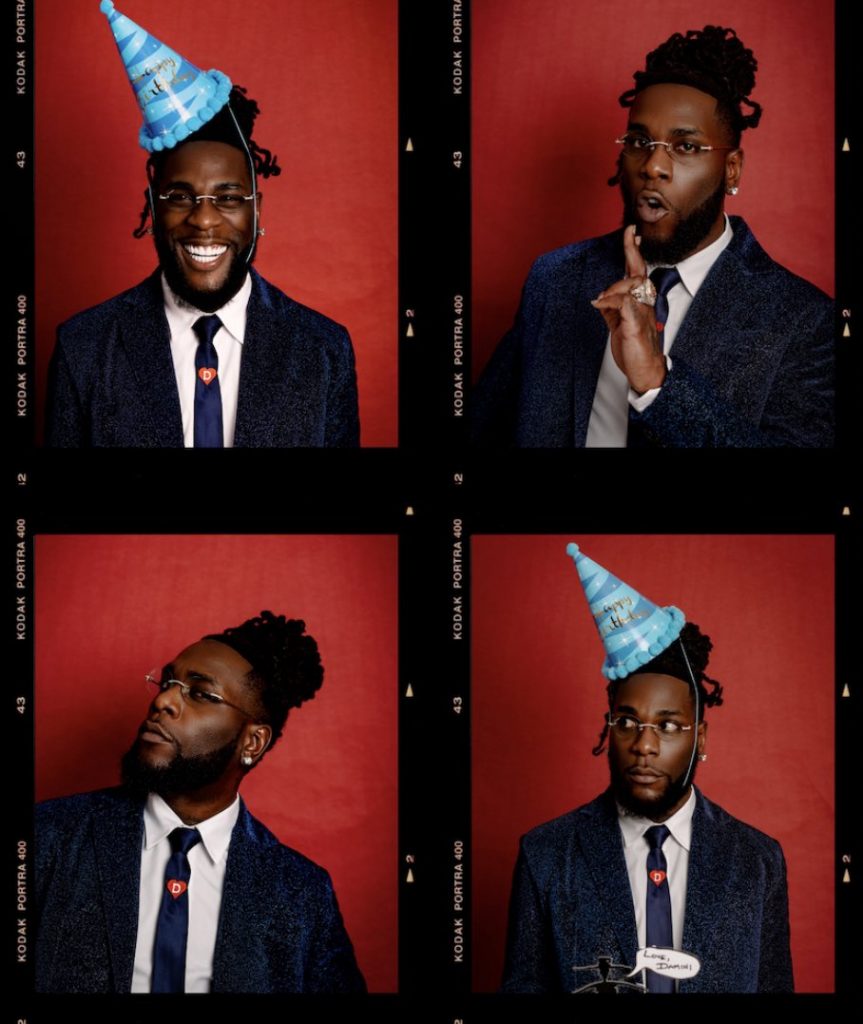 The second half of the album pays its debt to the western audience, but while Burna Boy features some of their known stars, he does it his own way. The vocal inflections, delivery, and storytelling entail his African essence.

“It’s Plenty” opens the second half of the album. It is a party-themed, energy-filled track. “Dirty Secret” leads you softly to the bedroom alongside your lover. The sex exploration continued on the Popcaan-assisted “Toni-Ann Singh.” The guitar-powered track remains one of the stand-outs from this album. Blxst and Kehlani held it down on the toothsome track, “Solid.” Ed Sheeran and Burna Boy might have created a new addition to a wedding playlist with their soothing and emotionally “For My Hand.” Who noticed the Amapiano log drum on that record?

“Wild Dreams,” “How Bad Could It Be,” and “Love, Damini,” stroll through the introspection landscape. These tracks hark to the past as Burna Boy reflects on his past and naysayers on “Wild Dreams.” On the title track, Burna Boy beseeches forgiveness for his many wrongs. On the penultimate track, he calls on Jorja Smith, Swizz Beatz, and Kamaru Usman to share their experiences of getting out of a bad mood.

Love, Damini is a diaristic, cathartic love letter from Burna Boy. At the age of 31, he has undergone the rollercoaster of life; fell in love, got heartbroken, been happy, depressed, has been to prison, lived a life of opulence. This album sees Burna Boy in a reflective mood. It’s like an elder statesman advising the younger ones; he slides in parties in between. While he strives to achieve these, and although the album starts and ends well, there are noticeable lapses, more prominent in the mid-section.

With nineteen tracks, expectedly, some tracks were only a repetition of others. Three topics dominate this album: self acclamation, party, and love. Introspection takes the back side. Still, the song arrangement makes some of these lapses forgivable.

The album cover already tells a story. Burna Boy is neither happy nor sad. He is rather reflective as he sets his eyes on the future. This album qualifies as a concept album.

Love, Damini falls short of Twice As Tall. It is not as stately as African Giant.  However, it leads to another arc of Burna Boy’s sonic and thematic exploration.