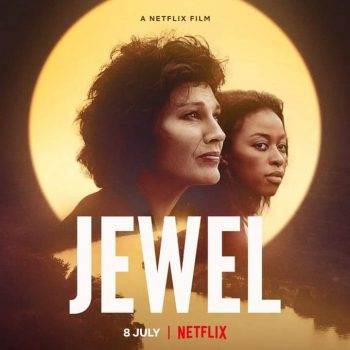 For a film about the unforgettable trauma of a tragic historical event, Jewel feels less audacious than it wants to be. It’s excited about trying, but it’s too afraid to make its mark…

For a long time, Hollywood seemed to have some monopoly over telling the stories of Africa’s troubled history, past and present. If African filmmakers were telling these stories at all, their efforts rarely made it to the global stage. With the world’s newfound hunger for diverse stories and the rise of streaming, it has become considerably easier for Africans to tell their stories by themselves. At the moment, particularly in relation to educating audiences on history through film, South Africa is taking the lead.

This year alone, Netflix has released no less than three original films set against the backdrop of (if not directly focusing on) South Africa’s apartheid past. First was Amandla. Then, there was Silverton Siege. Jewel is another attempt by South Africa’s film industry to share the country’s history with a global audience on its own terms, and the film’s effort is a somewhat confusing but intriguing one.

Helmed by Nigerian-born director, Adze Ugah (Slay, 10 Days in Sun City), and co-written by Ugah and Glenrose Ndlovu, Jewel follows an unlikely love story of two women on the opposite sides ofthe aftermath of the apartheid-era Sharpeville massacre that continues to have lingering effects on the people of the town. In the film, Michelle Botes plays Tyra Black (an overly ironic surname), a white photographer from Cape Town visiting the Sharpeville Memorial and taking photographs for travel brochures. She is spiritually unsettled, more or less, and can’t seem to find anything interesting enough to satisfy her longing. That is until she sees Siya, a black resident played by Nqobile Nunu Khumalo, coming out of the Vaal River. Siya immediately catches Tyra’s attention, and after an initial period of what feels like stalking, the two women form a friendship that will inevitably lead to romance. But whatever future they may have is threatened by Siya’s controlling boyfriend and the town’s painful past.

The Sharpeville massacre occurred on the 21st of March, 1960, with the police opening fire on a crowd of black protesters at Sharpeville. Official records state that 69 black people were killed, and more than 180 were wounded, including children. Many of the victims were shot in the back as they fled. The film offers two explanations for the tragic event. The first, provided by a tour guide for the Sharpeville Memorial, is that the police were on a revenge mission to get payback for an earlier protest that had turned into a riot and resulted in the death of a police officer. In response to the first explanation, Tyra provides the second: “The cops opened fire because they were afraid. Apartheid cops didn’t need a reason to fuck you up; being Black was all the reason they needed.” 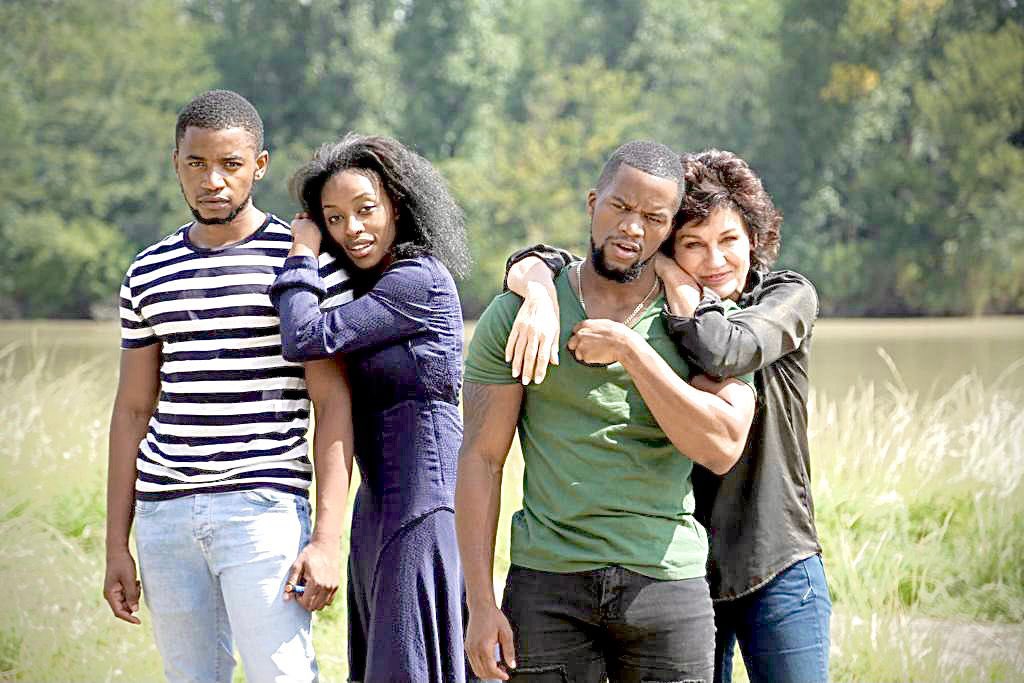 Regardless of the reason, the avoidance of responsibility by the government and the police was a problem back then. That gap exists till date, making healing difficult to attain. This is what Jewel builds on as its conflict, so much so that the friction between Tyra and Siya’s boyfriend, Tshepo (Senzo Radebe), is never really about Siya. Tshepo’s hatred for Tyra is so deep-seated that he would still hate her if she had no interest in Siya. Tshepo’s grandmother died in the massacre, so he has a strong distrust for white people who, in his words, come to Sharpville “acting like they care about our tragedy when they were the cause of it to begin with.” It certainly doesn’t help that Tyra, the daughter of a police officer, waltzes about town with an air of arrogance and a dose of insensitivity in her choice of words.

Yet, her audacity might be what makes her interesting to both the viewer and Siya. But even as they grow closer, Siya waits for the other shoe to drop. And so do we. Because what could be the motive of this strange white visitor — dangerously close to a “white saviour” — who keeps Siya’s sick grandmother company and who wants to take Siya to Cape Town to become a model? What does Tyra mean when she says that karma is the reason she’s visiting the Sharpville memorial site after a fellow tourist admits to her that white guilt is his own reason? What is Tyra hiding?

The mystery behind Tyra, enhanced by the film’s score, triggers suspense. The film itself maintains a solemn, almost somber, mood that feels spiritual. The film has spiritual elements, too. In one of the first scenes, while Tyra and other tourists are at the memorial site, a group of women dance onto the scene in prayer. They are dressed mostly in white, and they are explained to have taken over their predecessors in the task of praying that events like the massacre are not repeated. When Tyra starts to take photos, she sees what appears to be the ghost of one of the victims, and that’s just the first of several scenes laden with spiritual connotations. But the spiritual elements are difficult to understand, despite the explanations delivered through dialogue with Mam’ Zikode (Connie Chiume), the leader of the praying women. Neither do they succeed in adding the extra layer of depth that the film seeks to achieve.

The historical background gives Jewel all the depth that it needs, and the film seamlessly immerses its story in its historical environment. Even the physical environment is a character in itself, especially the Vaal River which is ascribed animate qualities by the story. It can cough people out who would otherwise drown. It can lead people to where they need to go. Filmed on location in Sharpeville, Jewel gives a history tour, relying mostly on narration and showing the history only through its impacts on present day.

Jewel is captivating and suspenseful, and it raises questions about the long-term impacts of history; the refusal of perpetrators of historical violence and their successors to take responsibility, let alone attempt to make amends; and the cost of vengeance. But because parts of its story are difficult to understand, those all-important questions are not what you end up leaving the film with. Instead, the questions that stay with you have more to do with the plot itself and what some of the film’s events actually mean. 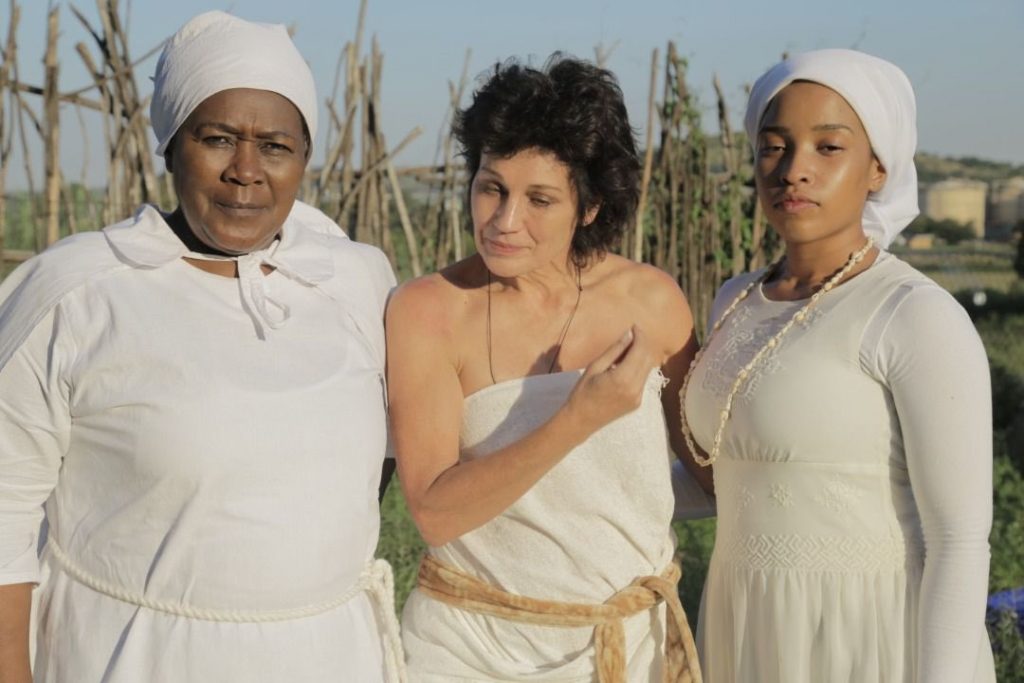 Plus, the resolution is shallow. It’s difficult to enunciate without giving up spoilers, but when, in the middle of the climax, Tyra’s heavy but predictable secret is revealed after considerable build-up, the screenplay takes a shortcut by creating a situation where it becomes practically impossible for Siya to actually process the truth and adequately react to it. The difficult conversation the film sets its two leading women up to have gets buried under the theme of vengeance. The result is that, for a film about the unforgettable trauma of a tragic historical event, Jewel feels less audacious than it wants to be. It’s excited about trying, but it’s too afraid to make its mark.

(Jewel is streaming on Netflix here).