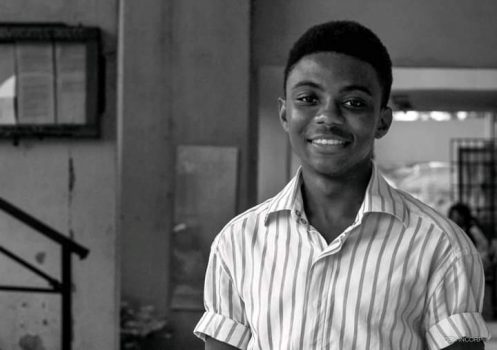 With “Collector of Memories,” Joshua Chizoma is Creating Identities

Chizoma is inspired by his environment, and his writings become a means to communicate with it. “The beautiful thing about being a fiction writer is that you can observe people and have an active imagination,” he tells us…

The year is 2021. Joshua Chizoma’s short fiction, “Collector of Memories” has emerged as one of five shortlisted stories for the Afritondo Short Story Prize, out of an entry pool of nearly 400 submissions. In an interview with the Afritondo team, when asked by the interviewer whether being shortlisted for the prize felt like an endorsement from the judges as one of the best writers in Africa, Joshua responds that he acknowledges the salutary effect of being shortlisted, and with humility, states that it was an honour to have made it thus far, but confesses with an assurance that great work speaks for itself, regardless of the judges. The story was later published in the Afritondo anthology, The Hope, the Prayer, the Anthem, and it would go on to be on the shortlist of the 2022 AKO Caine Prize for African Writing.

Joshua Emeka Chizoma is a law student and writer from Nigeria. He hails from Imo State but grew up in the urban city of Aba, Abia State in southwestern Nigeria. Aba city, unsurprisingly, is where “Collector of Memories” and some of his other stories are set in.

He has garnered accolades for the ingenuity with which his art speaks for itself, and his storytelling style. Chizoma won the Kreative Diadem creative writing contest for flash fiction in 2018, for his short story, “The House Called Joy,” and the 2020 Awele Creative Trust Award for the unpublished short story, “Their Boy.” He also won the Ken Saro Wiwa Prize for Review in 2021, for his criticism of The Son of the House novel by Cheluchi Onyemelukwe-Onuobia.

Chizoma has dabbled into speculative fiction writing, as seen in “Bare Feet” and “The River That Will Drown You,” but he would find focus in literary fiction. Aside from writing, Chizoma is also a profound debater and public speaker. He was the first runner-up for the ECOWAS-sponsored Universities Inter-Speech Contest in 2019. He also enjoys reading and watching TV series. Chizoma is currently learning how to play chess. He currently stays in Kano, northern Nigeria, where he attends the Nigerian Law School.

In an interview with Afrocritik, Chizoma revealed that there was no definite moment when he began writing, but that if he were to place a stamp on it, the interest, much to which he owes his English teacher for cultivating, began in secondary school from writing letters and essays and then progressing to fiction, creative non-fiction, and other forms of writing.

As a freshman at the prestigious University of Nigeria, Enugu, he associated with the Nwokike literary club which became monumental in his growth in writing fiction. “For the meetings, you had to produce a work to be read, and then it got critiqued,” he says. Nwokike literary club also introduced him to a wider literary scene; a community of writers, publishing houses, and literary magazines. It is through this club that his first piece of writing was published in an anthology produced by the association in 2016. Chizoma’s first work, “Of Hurting Bottoms,” told the story of a young boy that was being molested by his mother’s boyfriend. He would go on to publish works in African literary magazines such as African Writer, Kalahari Review, Agbowo, Afreada, Prachya Review, and others.

Chizoma talks about the concept of identity and having an interest in human motivations. What makes his writing engrossing is that they are relatable to the immediate audience in Nigeria and Africa, that the characters become individuals that are easily identified. Doreen Baingana in the Brittle Paper notes on “The Collector of Memories” that “…we are not simply reading the story, but feeling it, living it, breathing its air… he creates a sense of place, beyond mere details of setting; how he immerses us into a particular and concrete reality.” As one goes through the work, one is able to immerse oneself into the lives of the characters until each character has a face and becomes a real person. In the “Collector of Memories,” for instance, it is easy to recognise an exasperating neighbour, a primary four teacher, a bank teller, a customer care agent, or even a mad woman on the street.

Yet, to the foreign onlooker, Chizoma does not paint a narrative that is stereotypical, or predictable. Even as the characters feel familiar, they are structured to deviate from the conventional. Chizoma addresses social norms, traditional ideologies, and typecast beliefs. In writing “Collector of Memories,” he addresses the concept of adoption to African cultural lenses. He says, “In Nigerian – and generally African – societies, the concept of adoption is shrouded in secrecy. There appears to be some kind of a shame that is associated with being adopted, particularly the circumstances of birth in such a situation. So, the story addresses the identity of birth, but also did not have the shame that is attached to coming from a non-traditional upbringing.” As art is able to challenge and evoke public discourses, Chizoma also discusses the patriarchy and the concept of family in the African setting in his works. “In Nigeria, we tend to assume that the child comes from a man, that the child takes the identity of the man. In a situation where the man does not acknowledge the child, the child is said to be illegitimate or a bastard. But then, if the mother of the child is not known and the man acknowledges the child, the child is taken to be legitimate. I think that is unfair because the child just as much belongs to the man as it does to the woman. I wanted to write a story that would not dwell on a child’s parentage, but still considers a person’s identity.” This is a style that recurs in much of his works as “Bare Feet,” “88,” and “In the Name of Our Mother.”

Chizoma is inspired by his environment, and his writings become a means to communicate with it. “The beautiful thing about being a fiction writer is that you can observe people and have an active imagination,” he tells us. He also draws inspiration from his personal experiences. When put in words, the experiences become emotive that it is almost impossible to separate the writer from the work. In his creative non-fiction, “In the Name of Our Mother,” he describes a relationship as …something peppery and spicy. Something to be taken in small doses, with your eyes closed and face turned away…. This imagery is vivid and tangible at the same time. In explaining this, however, Chizoma admits, “If you piece all of a writer’s work together, you get a collage that tells you about who they are, and what their motivation and fears are. Even in fiction, a writer is expressive, and my personal life affects my writing in so many different ways.”

When Chizoma writes of love, it is poetic, musical even. In “Jerome,” he writes of a short-lived love affair, memorable for the spontaneity in the lovers’ escapades, and as forgettable as one accepts things that are ephemeral. He writes of friendship, probing relationships among men, and attempting to break down the rigidity in men building relationships with one another, as opposed to women. We find this in his short story, “Like a City without Fences,” and in his article about friendship among heterosexual men. 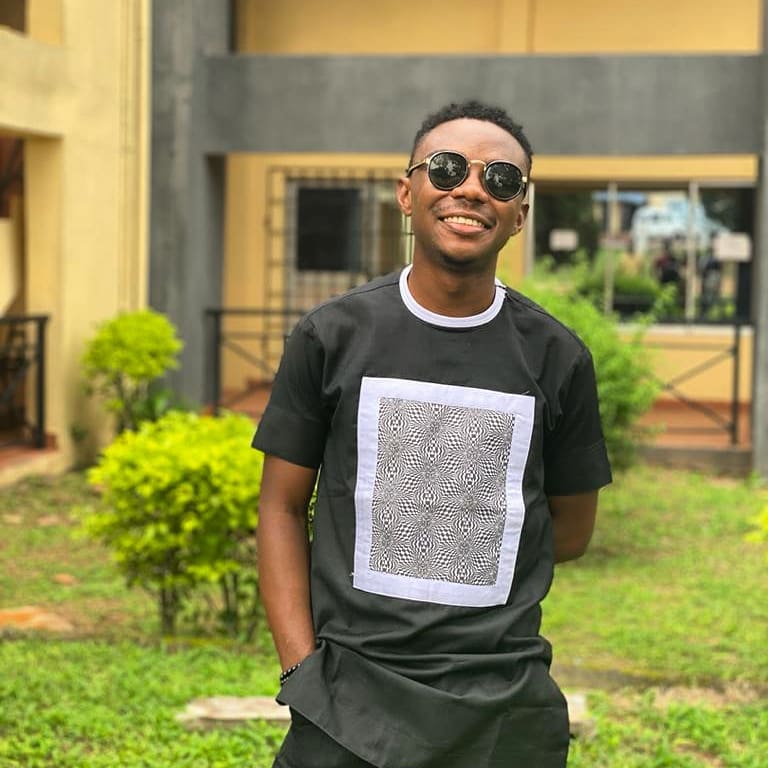 Literature and the arts also give one room to question both tangible and abstract phenomena, including religion. Chizoma explores this in his writings, as he interrogates the relevance of religion in modern times. He tries to reconcile traditional beliefs and a liberal approach to religion and spirituality, particularly with Christianity. This is reflected in many of his essays as a contributor for Afrocritik. Despite his ambivalent relationship with the concept of religion, Chizoma still finds comfort in the familiar customs of worshiping. “I have a lot of unanswered questions,” he begins, “But I find myself coming back to it. The rituals of Christianity give me something to hold on to. There is the steadfastness that faith gives me even with the uncertainties and quarrels with religions and it spills over to my work as it examines the place of Christianity in modern times… and how Christianity affects culture.”

As an admirer of Nigerian writer, Chimamanda Ngozi Adichie, and her work, Chizoma recounts that being a part of her Purple Hibiscus Trust Creative Writing Workshop in 2019 was an experience that was as elating as it was impactful to him as a writer. In his modest manner, Chizoma is appreciative of where he is now and looks to the future with optimism.