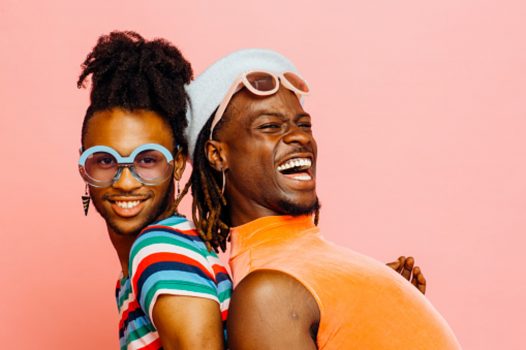 Is the Society Hindering Heterosexual Men From Forming Stronger Friendships?

I recently watched the series, “The Bold Type.” The show follows three friends, Jane Sloan (played by Katie Stevens), Kat Edison (played by Aisha Dee), and Sutton Brady (played by Meghan Fahy), as they navigate their professional and personal lives while working for an international magazine known as Scarlet. The movie’s plot is propelled by the relationship between these women. I journeyed with them as they navigated career whirlwinds, heartbreaks, and other vagaries of life. Getting drawn into the lives of these fictional characters led me to thinking, as I believe the writers intended, about the nature and power of heterosexual friendships.

It goes without saying that meaningful relationships are essential to life. Men and women are able to sustain friendships both within the same gender groupings and across gender lines. On the surface, however, it appears as though women are able to cultivate, and nurture friendships with each other in a way men are unable to. This makes female friendships seem interesting and a lot more entertaining. It is why series such as “The Bold Type” can ride solely on the friendship of the female characters. “The Big Bang Theory,” another series that is an excellent depiction of friendship between four men, does not lean quite as much into their friendship. There are other movies that depict strong female friendships: Sex and the City, Ladybird, Hidden Figures, amongst others. There aren’t quite as many focusing on heterosexual male friendships.

Research shows that women are able to maintain emotionally intimate friendships in a way men fail to. This is because female friendships thrive on face-to-face contact, and women are more willing to interrogate and talk about their feelings and be vocal about affection for one another. While most men consider emotional expressiveness by women to be a weakness, it does the opposite for women’s relationships. Because women let their emotions run rein-free while navigating friendship, they are able to build and sustain stronger bonds that are a delight to witness.

On the other hand, even though the idea of men being stoic and devoid of emotional vulnerability is rooted in myths and stereotypes, there is some merit to it. A study revealed that men are more likely to bond over activities and are less given to talking about their feelings. Heterosexual male friendships are cast in certain moulds, with peculiar expectations.

Hence, the unspoken rules about non-sexual male friendships include no hand-holding, no hugs, no tears, no laughter, and certainly no talking about one’s feelings. Someone even developed the “bro code,” a set of stringent rules that act as a straitjacket, detailing standard behaviour for “bros.”

Men are taught early to hold back and rein in emotions and affections. Thus, they often negotiate a subdued kind of friendship that hardly flourishes. This has certain effects. In the first place, it creates a barrier that prevents men from reaching a level of vulnerability that makes for deep friendships. Little wonder men are more likely than women to have a romantic partner, perhaps in order to find emotional fulfilment.

Men who break through the emotional barriers and develop fully formed friendships are viewed with skepticism. This is also why a word such as bromance, which refers to an intimate non-sexual relationship between men, exists. But, curiously, no such word exists for women.

People often assume that two (or more men) who bond on an emotional level most likely have something going on between them. The biblical story between David and Jonathan is illustrative of this. The friendship between the duo is one of the most celebrated in the bible. Of course, there were other friendships in the scriptures, but theirs is described in evocative language, detailing two men who shared a deep affection for each other and were expressive about it. However, this friendship has been the subject of speculations. Some people have wondered whether there was a romantic angle to their friendship. It rankles that we cannot comprehend male friendships that are expressive, wholesome, and powerful without being romantic.

When it comes down to it, men are capable of forming strong emotional bonds with other men. The fact that they have romantic relationships with women attests to that. The barrier is rather artificial, created by society. For men to have emotionally rich friendships with other men, they would first need to break from the shackles of societal expectations. Tropes such as the thinking that men cannot be effusive towards other men, be open about struggles, or truly share in the pain and joys of one another, should be discarded. Only in this liberty can they enjoy deeply meaningful friendships, as well as the benefits antecedent to it.