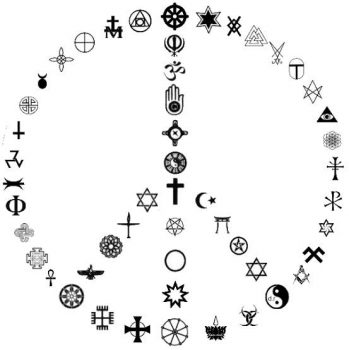 Proselytism is one discourse that always comes up strong, and Christians are the predominant bull’s eye…

If there is any religious group that takes proselytism seriously, it is Christians, perhaps in a bid to fulfill the injunction in Mark 16: 15 to “preach the gospel to every creature.” It is common to find Christians preaching in buses, knocking on doors, sharing magazines and tracts, hosting open-air crusades, buying slots on television and on the radio to push their evangelistic efforts, and so on. Alternatively, non-believers are most vocal on social media. They often take religious users to the task, flooring them in arguments especially relating to the accuracy of biblical accounts. Proselytism is one discourse that always comes up strong, and Christians are the predominant bull’s eye.

Anyone who has lived in Nigeria long enough can readily attest to the fact that Nigerians are overly religious people. Hardly would you find a person who does not subscribe to the notion of a higher power presiding over the daily affairs of the common man. Hence, the average Nigerian’s daily activities are sautéed in the religious. We pray before having our meals, stay off work on Sundays to go to church, and some parts of the country suffer terrible gridlocks on Friday afternoons when the Muslim faithful have their Jumat prayers. An August 2020 New York Times article carries the story of the Nigerian man, Mubarak Bala, an atheist, who was arrested by the police.

However, a wave of liberalism currently tempers the grip religion has on Nigerians. While it was inconceivable a few decades ago to openly declare a lack of belief in any higher power, at the moment, it does appear as though atheism is catching on. Of course, the overwhelming majority of Nigerians are still people of faith. However, the number of people who identify as questioning, agnostic or flat-out atheists is growing. In 2018, Aljazeera reported the establishment of three pro-secular societies in the country. Similarly, a separate report revealed that at least 1% of Nigerians are atheists. In a country of about 200 million people, this comes to quite a sizable number.

Proselytism involves inducing others to join one’s faith. Its close derivative is what is more popularly known as evangelism in the Christian space, although evangelising tilts to the angle of coaxing rather than proselytism’s coercion. Proselytism is a core tenet of most religious movements across the world. From Islam to Buddhism to Judaism to Christianity, conversion from another religion or adopting the faith in a first instance, are encouraged. In fact, it is reported that 5000 British Christians convert to Islam each year.
Apart from seeing evangelism as a duty, most Christians derive some pride and satisfaction from their efforts. It is common to find people sharing testimonies of the unbelievers they converted to the Faith. Many make it a point of duty to share their faith in public spaces such as public vehicles. Not too long ago, a lady on tweeted how she preached in a bus and got some people “saved.” Several users had commented, chided her for doing so, stating that she probably was constituting a nuisance to the bus’s occupants. On the other hand, others argued quite forcefully in her support, stating that she was well within her rights in carrying out her actions. Tweeps have responded over time to similar incidents:

Freedom of speech/religion does not give you right to infringe people's peace, there are limit to it. Why do you think megaphones are illegal in the neighborhood? People have right to their peace, if you want to preach go to the church not in the bus where people want to relax.

Just casually remembered the day I was traveling to Abuja and this "Chosen Mopol" legit brought out megaphone and started preaching inside the bus.

Those of you attacking people for speaking against preaching in public transport, imagine a juju man enters your car just to pour libation and pray to the gods. What will be your reaction? If it is right for the pastor to come preach in your bus, then a juju man too can do same.

In all honesty, will you be tolerant and receptive as a Christian if you board a bus and along the way a Muslim, native doctor or traditional worshipper starts preaching and displaying some of his religion's shenanigans in the bus?

This chain of events begs the question: what is the propriety of evangelism efforts by Christians?

Nigeria is supposed to be a secular state which recognises, respects, and enforces the rights of citizens. Respect for religious freedom is such an integral and fundamental human right. Within the ambit of this right is not just the entitlement to hold religious opinions, form and join religious associations, but also the liberty to persuade others to join one’s faith. Asking people of faith to not evangelise stands as a gross violation of their rights, a violation the government cannot defend. Restricting religious people from evangelising is akin to asking a business owner to not advertise their wares. In the end, advertising is essentially what evangelism is. The same way it will be unconscionable to require business owners not to advertise, seeing as it goes to the root of their survival, is the same way it would be wrong to muzzle the right of Christians to evangelise, or perhaps proselytise.

Of course, one could decline being preached to and could choose not to listen, but there is no such thing as the right not to be asked. Except expressly forbidden, anybody can advertise what they will when one is in a shared space. Hence, drug sellers, as well as the Imam, the Christian, or the traditional religion adherent, all hold equal rights regarding professing their beliefs and inviting others to join them in such spaces. The fact that it is mostly Christians who are wont to exploring this option does not make their rights invalid. There is a certain kind of intolerance muzzling Christians seem to suggest. In a world that is currently hostile, there is certainly no need to fan the embers.

I understand that a ready counter to the submissions here is the argument that Christians themselves are insufferable and unwilling to extend the same courtesy they demand. Stories abound of believers rebuffing people from other faiths who try to preach to them. It is also not uncommon to hear Christians being almost violent in their evangelism tactics. Sometimes, they go as far as being dismissive or derisive about the stance of others. It goes without saying that high-pressure conversion tactics such as telling lies about another person’s belief system, hounding, or failing to respect an individual’s private space, go against the tenets of evangelism. Subscription to the gospel should not be forced. The gospel of Jesus prioritizes free will, mutual respect, and adherence to established norms. Anyone who does not toe this line is simply not evangelizing. Pope Francis once said that evangelization must start with encountering Jesus. Similarly, no one should constitute a nuisance while proclaiming their faith. However, what is, and the extent of nuisance is a question of law. The law any sort of disturbance that interferes negatively with the daily lives of those living in neighbourhoods. Thus, to have an honest conversation on the subject, we must look into calls to prayers at certain times, nightclubs that play music in residential neighborhoods, and advertisers who enter streets with booming loudspeakers. Vocalising grievance only when Christians cause disturbances reeks of hypocrisy.

As long as Nigeria remains a secular state where religious freedom is upheld, with the attendant rights to hold religious assemblies and be expressive of one’s faith, then speaking up against evangelism is unnecessary. We should rather fight for a society where anyone can equally proclaim their beliefs regardless of what they stand for. It is in such a society that the strength of our tolerance will be tested and proven.