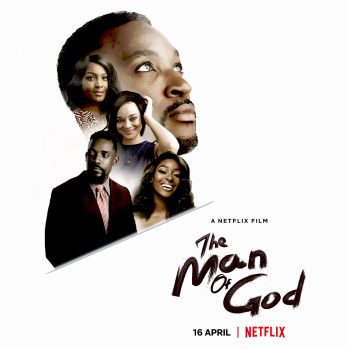 “The Man of God” Review: Austen-Peters’ Latest Netflix Release Struggles Against Itself to be Great

However, while The Man of God is a beautiful script, it is plagued by a disjointed structure, implied by the sequential loop in time, which, although logical, is obsolete…

Always ready to take her production up a nudge, Bolanle Austen-Peters makes a faith-based movie based on the Biblical story of the “Prodigal son.” It is a story that tests the faith of the man and showcases the forgiving power of God as seen in God Calling where Zainab Balogun’s faith is tested by the death of her daughter. BAP can find balance, and smoothly refers to three predominant Bible stories, showing the outcome of their effects and consequences. Just like in Bling Lagosians, and 93 days, BAP’s new production has high hits and expectations which it delivered on, but not in full.

The production made its first public debut on the 19th of March, 2022, with a post on Instagram. Following its heaven-themed premiere, and Netflix release on April 16th, 2022, The Man of God recorded and stayed as no. 1 in Netflix Nigeria since its release till the day of this review.

The story of The Man of God centres on Samuel (Akah Nnani), a boy who leaves home to get away from his overzealous father, Prophet Josiah. Samuel runs away to the university where he reimagines himself into a modern Fela Anikulakpo Kuti. Still, he is haunted by visions of his father and letters from his mother asking him to come home. Opening with the view of a church service held by Prophet Josiah (Jude Chukwuma), the movie gives a slight preview of obvious occurrences and punishments that accompany the bad behaviour of an average African child, a case of religious extremism which is prevalent in this part of the world.

Changing his ways and trying to retrace his steps in order to impress the woman he loves, Joy (Atlanta Bridget Johnson), Samuel becomes a new person. Not long after, his new world comes crashing down around him. After Joy leaves for her national youth service, he loses touch with her. At this point, Samuel finds out from their campus pastor (Prince Nelson Enwerem), who was never in support of their relationship, that she had gotten married to Zach, (Mawuli Gavor) a guest minister who had once visited the fellowship before her graduation. Samuel ends up heartbroken, and it is his family friend, Teju (Osas Ighodaro) who is there to help him heal.

Samuel and Teju go from being university best friends to a married couple. And although he has become a minister in the church, Samuel is changed but not saved. He still struggles with his temperament, thinking about Joy, as well as having extramarital affairs which in turn leads to the death of a young lady who attempts an abortion after falling pregnant for him. Still performing on the church stage with the same flair he used in the university, Samuel’s choice of ministry is questioned by his pastor (Eucharia Anunobi) who is also representative of the corrupt practices which have become ever-present within religious bodies. She constantly berates both the choir and congregation in order to belittle them, while at the same time soliciting donations from them.

However, like a lost sheep, Samuel is found by his lightning rod, Rekya, who had left town after Samuel had refused to leave school on her account. Her reappearance in Samuel’s life immediately puts him in a more purposeful direction. She convinces him to go into the church business, which proves to be lucrative The church grows significantly, and before long, the fate of the pastorate changes, and they begin to live the good life, driving the latest cars, with a long convoy and a house in the best parts of town.

The screenwriter did an impactful work by not selling the story of a myopic wife, but rather of a devious, and intuitive woman who plays the good wife, but would go to lengths to protect what is hers. Ighodaro delivered as exceptionally as she had done in her previous flicks, Bad Comments, Smart Money Woman, Assistant Madams, and many others.

Rekya’s character played by Dorcas Shola Fapson, a.k.a Ms DSF was an exciting highlight of the movie. The visual display of her skilful theatrical performance, her ability to communicate, and an undebatable street cred which is made obvious by her verbal flexibility and the steady blend of pidgin English as well as other popular slang credible to the streets are incredible. It is safe to say that, although Samuel’s life choices had an inevitable repercussion, Rekya’s reappearance was the catalyst that sped it up.

However, while The Man of God is a beautiful script, it is plagued by a disjointed structure, implied by the sequential loop in time, which, although logical, is obsolete. There was an irregular pacing in the script, which implied that it was hastened to beat a fixed time; therefore, hitting key points with no focus on creating a background story. The fast pace made it impossible for the characters to settle in. Rather than reflect the cause, the film showcases an artificial and manipulated performance dissimilar to how it might play out in reality.

In its failure to reconcile the abusive character of Prophet Josiah, the movie may indirectly endorse his violence.
Struggling to keep relevance with its own story, the movie is lost in its argument, as the constant time jump and disappearance of characters from the screen made it difficult to form an engagement with the characters, resulting in the watering down of viewers’ emotions when the climax is reached. 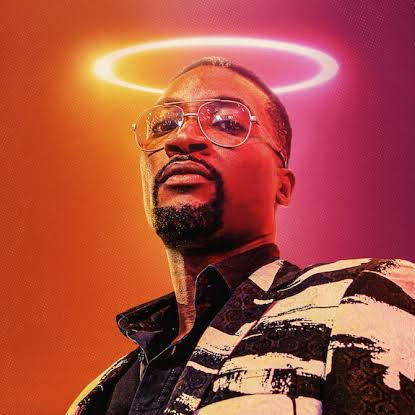 Nollywood may not have an Oscar performance of Bible stories, but unlike the Hollywood’s recreation of the prodigal son story, with A Long Way Off, The Prodigal, and Wayward, which is a linear retelling of the story, BAP takes it a step further by featuring a parody of the calling of Samuel, the tales about fake prophets, as well as the use of scriptural quotes as recited by Daniel (Olumide Oworu) during his visit to his brother Samuel. Daniel says, “There is a way that seems right to a man, but the end thereof is destruction,” echoed like a warning to Samuel to either change his ways or be sure to face the consequences.

Although The Man of God is one to leave you captivated and enthralled, it falls under the chance to be easily forgotten. The top-class performance of the cast, choice of locations, and commendable cinematography is not enough to save the movie from its flaws. The addition of BAP herself in a cameo role proved to be an easter egg.