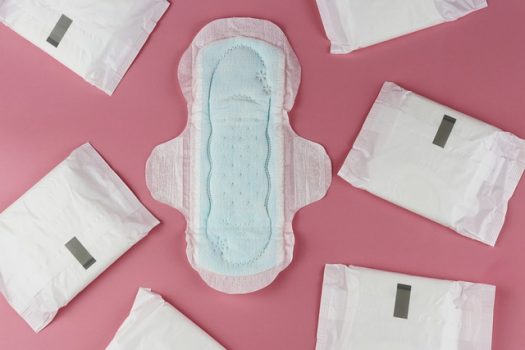 Aside From Trend and Business, is There More to the “Period Package” Conversation?

When an organisation, like the said company, chooses to take matters as such into consideration, the move should be applauded as making workplaces more inclusive and friendly for everyone…

A few days ago, a trending topic on Twitter was about period packages. A female staff member from a corporate organisation posted photos showing a period care package delivered monthly to women in the office. The seemingly harmless photograph quickly turned into a debate about whether or not it was rational to send period kits to staff members who menstruate.

My sweet office sends period care packages to all the women every month. Most thoughtful ❤️. @getequity pic.twitter.com/Nk4lu4jGVd

For context, period packages are kits containing essential items one requires during their monthly flow. Depending on preference, it could range from sanitary pads to tampons, disposable or changeable underwear, sanitary wipes, tissues or wash for a cleanup, painkillers and heat patches for pains and cramps, to sweets and treats for cravings. To the best of my knowledge, it was something designed to help teenagers handle their first period situation, or as an emergency kit for the first day of flow for older persons. It is now becoming a sort of fad to give out period packages.

Around the world, half of the female population are of reproductive age, and so this quota shows that 26% of the population menstruate monthly, in addition to some non-binary and trans-men.

The company’s offering of period kits to its staff members that require them is a laudable initiative. If the gesture is enough to cause a rife at this present day and time, then, it is a vivid indication that there is still a stigma to having periods, and that the bias against menstruation is far from defeated. There is still shame and cultural taboos attached to having periods. Period-related illnesses are also trivialised, and as we have now seen, period welfare is dismissed as unnecessary.

This stigma begins with the connotation that has largely been sustained by society that menstruation should be shrouded in secrecy, and publicly discussing it may seem out of place. As such, it becomes difficult to address the situation and how it generally affects people that have periods, and not just in working environments.

To answer the question of whether welfare for periods is necessary, let us look at the trends. People who menstruate can attest that periods may carry along with them some discomforting or unfriendly feelings that usually leave one in a fitful disposition. More than 90% of women experience premenstrual syndrome,  which is associated with fatigue, headaches, period pains, irritability, etc. Around 80% of women experience period pain or dysmenorrhoea at some point during their lifetime, and in 5% to 10% of that number, the pain may be grave enough to affect their activities. For persons with period-related illnesses, the symptoms are further aggravated. One in twenty women globally is affected by premenstrual dysphoric disorder. One in ten women of reproductive age has polycystic ovarian syndrome, with similar statistics for endometriosis, just to name a few.

Yet, one study in the United Kingdom revealed that nine out of ten people who menstruate come down with anxiety during their period at work. In the survey, some employees regarded it as unprofessional to mention menstrual health to their workplace superiors, while others supposed that taking time off from work during periods is retrogressive.

In Africa, conversations involving periods are still hushed and met with repulsion. It is one pronounced with a lot of restrictions that affect how the situation is generally managed. In some cultures, menstruators can be prohibited from performing activities like cooking, and for some religious groups, prevented from actively engaging in the ritual practices such as entering or praying at worship centres because having periods is still viewed as being unclean. Workplaces are not any different. When an organisation, like the said company, chooses to take matters as such into consideration, the move should be applauded as making workplaces more inclusive and friendly for everyone. In Zambia, there is a law that allows women to take a day off work due to their periods.

But perhaps the bigger picture worth looking at should not be about the gesture but about the package itself and whether it is affordable and within reach to people in low- and middle-income groups. Period packages are still a novelty business niche that could potentially become hijacked and turned into a fad or trend, or something romanticised. Business brands may begin to prioritise profit over customers and target only a certain category of menstruators, leaving the rest left out, and taking away its real purpose altogether. From personal observations, these care packages, aside from the listed essential items, carry other variety of things like chapsticks, scented candles, wines, biscuits, and juice boxes. When an item is termed essential, it means that it is a necessity for a particular situation or activity. To think about it, chapsticks and juice boxes hardly classify as essentials.

Assuming that the merchandise only contains essential items, how affordable are they to regular people. While researching this piece, I came across price lists for these packages between N7,000 to as much as N20,000 in Nigeria. If we choose to be honest, these do not exactly come off as affordable if one spends such amounts on menstrual items, considering the minimum wage in Nigeria. Also, period poverty  —  a situation where menstrual products and hygiene facilities are inaccessible to people, is still a global problem affecting people, especially in sub-Saharan Africa. There are also still the tampon tax issues where menstrual hygiene products are regarded as luxury items and sold with value-added tax imposed on them. Some countries like South Africa, Rwanda, and Kenya have however made progress by either eliminating the tampon tax or making longer-lasting alternatives such as reusable pads, and menstrual cups available for free.

In all these, what should be most important is menstrual health, above merchandising, and the specifics of company policies. If conversations around menstrual health management are still ones raised with parties having unfair and extreme opinions, then, clearly, the actions for gender fairness and equality have so far only scratched the surface.