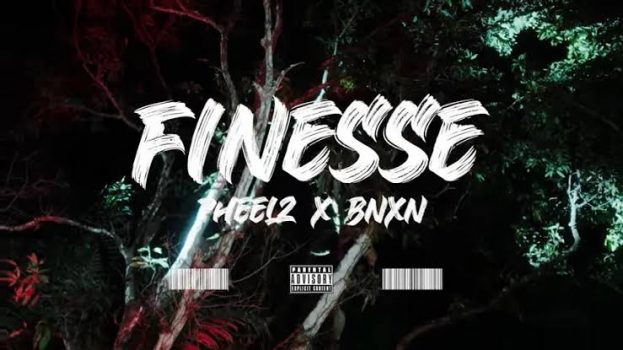 Director K buckled under pressure, and this was obvious. Was he overwhelmed by the enormity of this project that he did not exactly know what to do with the song? The video was left begging for a storyline…

Three questions arise: first, where is Folake? Second, who edited the video? Third, why was synthetic money displayed throughout the video?

Pheelz Mr producer also known by his production signature, Ridimakulayon! or simply Rii, started his career as one of YBNL’s in-house producers, making beats for the likes of Adekunle Gold, Lil Kesh, and label boss, Olamide. If a versus competition were to be held in Nigeria today, similar to that of the United States, where producers and artistes alike go head to head with one another, performing and showcasing their greatest production works and catalogue of hits, only very few would emerge victorious against the sterling producer, Pheelz.

Pheelz has been around for some time now, growing and evolving in both style, sound and technique. He paired up with the hot rave of the moment, and collaboration king, BNXN for this catchy, gargantuan tune titled “Finesse.” The song was produced by Miichkel, and the video was shot by Director K for Priorgold pictures. “Finesse” which started out as a playful, catchy jingle later became a viral hit and metamorphosed into a monster hit track.

It is becoming a trend of some sort for producers to venture into singing, and why not? Since a lot of these producers are responsible for a number of hits that have gone on to become anthems nationwide, and even globally, they may as well just give singing a try. So, what drives a producer to want to take centre stage in the spotlight? Is it a quest for fame, or has there always been that innate desire for producers to want to perform? Many producers who have been asked this same question in the past have answered by saying their first passion was singing or to be singers/artistes, and when their singing career failed to kick off, they switched to production.

Transitioning from being a renowned music producer into a musical artiste is often challenging and could be likened to playing Russian roulette with one’s career. This is worsened by the general misconception that music producers do not make great artistes. Only a handful of producers have been able to successfully scale that stereotype. An example is American rapper and singer, Kanye West, who started out as one of Jay Z’s producers before eventually switching to become a performing artist himself. Many producers in Nigeria have tried and failed. An example is Samklef who came out with the hit track, “Molowo Noni” but whose follow ups were underwhelming. Another of such producer is Kriz Beats, who is famous for producing Tekno’s hit, “Pana.”

It is risky trying to juggle both professions. Pheelz’s former label mate, and fellow producer, Young Jon, had also taken a bold leap into the performing industry as well, with the release of his song, “Dada” under label imprint, Chocolate City. Also, Nigerians often do not respond well to change, especially when it comes to artistes or creatives rebranding or altering major aspects of their art or craft they are renowned for. Such changes are always met with doubt by fans.

Big hits such as “Finesse” are usually accompanied by a dance move in the video. But in what will be termed a “rookie error,” none was created for the “Finesse” video. It has become a norm these days that when an artiste drops a song this big, they create a dance step or move for it as well. An example of this is South Africa’s Amapiano sensation, Focalistic and Davido’s “Champion Sound” video which had the Amapiano dance shown heavily in it.

Prior to the release of this video, there were loads of skits on Instagram and TikTok where fans were seen dancing the Amapiano dance to the song. This takes us back to my earlier statement about producers not making great artistes. An artiste would have intuitively followed the trends and incorporated them in their video. I was utterly shocked at the absence or deliberate decision to do away with all those details. Director K demonstrated gross negligence once again in this regard. The video was a huge disappointment to me, and also dealt a major blow to hopefuls like myself who had been eagerly anticipating the imaginary muse, Folake, on screen, and also get to analyse or assess the lucky or unlucky female who would play the character.

Director K buckled under pressure, and this was obvious. Was he overwhelmed by the enormity of this project that he did not exactly know what to do with the song? The video was left begging for a storyline. The song was so beautifully written that Director K could have simply allowed the lyrics guide him naturally in creating a concept for the video. But he failed at this. The editor did an appalling job on the video, too, as there was no smooth transition between scenes, and often, it almost felt as though the whole video was skimmed through. Also, Pheelz and BNXN’s voices were not synchronised properly with the video, and it seemed as though they were lip syncing the song rather than performing it.

Also, there was the lacklustre swimming pool scene at exactly 1:08 playtime where the director took a medium shot of Pheelz relaxing in the pool and giving a two-finger hand gesture while miming to the song rather lazily and reluctantly. Again, did Director K watch all of these and accept the final cuts? Shockingly odd! There was no excuse for Pheelz, either.  A veteran music producer in the industry, he should not have accepted this video. From a cinematographer’s standpoint, indeed there are times when creatives feel jaded or exhausted mentally, and find it difficult to produce efficiently. When this happens, the best bet is to take a break or delegate the work to another competent person. Director K should have done this.

The video ran for a playtime of two minutes and fifty-six seconds. The opening scene shows Pheelz trying to make some cash withdrawal but the ATM would not stop dispensing cash, until Pheelz eventually has to carry the machine and place it at the backseat of his car, driving off with it. At this point, I thought I was in for a treat. I would soon find out that I had just watched the climax, and that what would follow till the end were average and mediocre shots and scenes.

However, there were a few positives to take out of the video. In the absence of ideas, or a limited supply of it, a video director can always rely on colours to get the viewers ticking. Bright colours have proven to have a positive psychological effect on the viewer, and can improve moods.  Director K demonstrated his undying love and affinity for the arts like he had done with previous work such as Rema’s “Calm Down.”

Kudos should be given to the set designer and the costumier who  did an amazing job by coming up with some creative concepts on the sets. The shopping mall where Pheelz is seen performing was very colourful, complementing Pheelz’s costumes. My favourite clip was taken at exactly 1:42 playtime when BNXN shows off his generous side, as he hands what looked like a Birkin bag to a lady he is possibly interested in, and at 1:49 he handed her more gift items: what appeared to be a Loboutin shoe and Versace sneakers. The lady accepted the gift items and left the singer looking confused. Another shot worth mentioning was taken at the end of the video at exactly 2:48 playtime when the director ended the video with an overhead shot of Pheelz, BNXN, and others in a living room filled with synthetic money.

For viewers who love colourful, flashy and glossy images without worrying about the concept, storyline or uniqueness of the video, this one could be your pick. Otherwise, after the first few seconds, you may want to push the “next” button on YouTube. It was amateur hour for Director K, and I cringed the whole time while watching the video. For a director already in the big league, this a definite down for him.

Omowale Michael Bokinni is a trained Cinematographer and Screenwriter. He is an alumnus of the prestigious Royal Arts Academy Lagos. Passionate about all things music, movies and entertainment in general. He is also an actor who has featured in a number of Nollywood movies. Most recent; The Royal Arts blockbuster “Bitter Pill.” Instagram @omowalebokknni. Twitter @bokinnio.