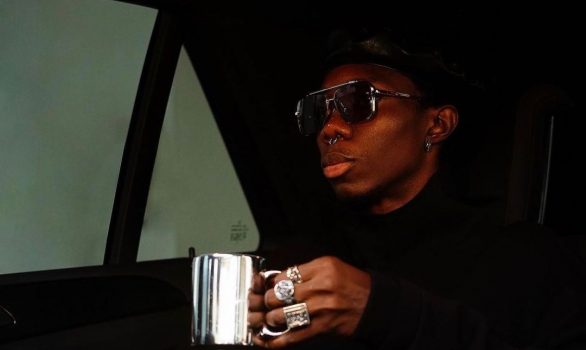 Nudity in Nigerian Music Videos: A Simple, Growing Trend, Or an Absolute Necessity for Sales?

The question remains still as to the extent to which nudity increases viewership for music videos. Are African, and Nigerian viewers simply consuming these content, but yet condemn at the same time? Are we simply locked in a moral war?

The phrase, “sex sells,” is perhaps the most cliché and controversial ever used in the world’s entertainment industry. It is a slogan that is casually thrown around by promoters, marketers, and other stakeholders in the music business to foster the narrative that products, materials or content sell faster only when there are explicit or otherwise connotations of sex attached to them. Strangely, “sex sells” is also used frequently in the film industry as well, to encourage people to use a content. American actress, Pam Grier, is noted to say, “I tell actresses, ‘If you’re too tall, if you’re too fat, you’re not going to work. I don’t care how talented you are.’ It’s a business, and sex sells.” The Nigerian music industry is morphing into a habitat for cultivating and harnessing creative minds who peddle sexual fantasies.

What spurred my interest to write this piece, after much persuasion from my editor, was the recent trend on Instagram, initiated by Nigerian rapper, Blackbonez. The rapper has a vast understanding (and perhaps a misunderstanding) of how the industry works. Unprecedented levels of nudity and erotic scenes were displayed in the visuals for his song “Commander.” For the social media promotions, Blaqbonez, in collaboration with Nigerian dancer, Poco Lee, unleashed a tsunami of video reposts of girls twerking to the song on Instagram. There is little proof as to whether the dancers did it simply to get paid, or they were unsolicited and simply wanted to participate in the challenge in order to gain popularity and probably “sell their market.”

Blackbonez reposted on his Instagram stories a number of these videos with some of the female dancers wearing nothing but lingerie, while he ran bold commentaries analysing the girls’ bodies, and also rating their dancing performance.

now every young artist tryna talk about how they be fucking, sexual music is reigning now, remember who started it, remember who championed this, write my name in the book of records 🙏🏽🐐

However, all the effort that was put in to possibly stir up some controversy, and generate a lot of traction for the song eventually proved to be not so effective in the end. Presently, despite the promotion and propaganda, the video has only been able to attract a little under seven hundred thousand views, leaving it as the least viewed music video released by Blaqbonez recently. This begs the question: does nudity really sell art?

The notion that showing a naked woman’s body on screen in potentially sexually provocating positions could potentially increase the number of views a music video is able to garner is still a mystery to many. What happens when 70, 80, 90 or even a 100 percent of the entire video contains nude, erotic and highly sexual images? One would naturally think more attention, more views and more sales. This may not be necessarily so anymore. While this strategy may have worked for some artistes like Tekno with his “Puttin” video which currently has over 17 million views on YouTube in just over a year and yet was hardly played on major music television stations, and also for Naira Marley’s video for his song “Coming,” it proved to be unproductive for the likes of King Perry for the video of his song, “Waist.” This shows that while it is debatable that nude content attract more views, it is not a guarantee that one would achieve desired outcomes by employing this “risqué tactic.”

From late 2019 to early 2020, there has been a surge of high-scale nudity in Nigerian music videos. There are two major factors responsible for this surge. The first is the continuous, conscious denial of the simple fact that there is an existence of demand for these products or content. There should be a regulated market for it because the more regulatory bodies try to ban and censor such videos, the greater problem it becomes. The second is the sudden emergence of social media applications like Instagram and TikTok. These apps have helped propagate the agenda, and have birthed a new wave of creatives who are daringly exploring their innovative side through the use of nudity. A major example in the Nigerian music industry today is Blaqbonez who has been able to utilise the power of social media to foster risqué music videos and themes in his songs.

Some instances of this nudity portrayal is done under the pretext of embracing body positivity. When some of these nude dancers and models receive backlashes, they are wont to saying they are being bullied and body shamed by malicious trolls. Nowadays, music video stations such as MTV Base, Sound City, and Hip TV are heavily bombarded with more than enough sexually stimulative music videos than they bargained for. These stations have now been compelled to either not play these videos at all or hit the censor button on a lot of them first, before approving them as playable on air. Despite efforts to curb or curtail this spread of risqué videos, a large number of these censored videos are still gaining massive distribution through uncensored channels.

The word “sexy” has taken on a new meaning entirely and has become more prominent than ever in the music video industry. The word is used to describe the ability of a person — usually a woman — to cause sexual provocation. Surprisingly, a large number of people today crave this tag. Music video producers are now buying into this new trend, and it seems to be selling fast.

Have Nigerian artistes and video creators begun to follow the media culture of the west where, in relative contrast to the African culture, body portrayal is the norm? Older music videos in Nigeria were a lot less sexually evocative than they are today.

But, then, times have changed since then when the industry was still unaware of the financial rewards that came with YouTube views, or when such viewing platforms were nonexistent. For a few years after the creation of YouTube in 2005, artistes released songs and dropped videos for it without worrying about the amount of views it garnered on YouTube, or any of the benefits that came with it. The question remains still as to the extent to which nudity increases viewership for music videos. Are African, and Nigerian viewers simply consuming these content, but yet condemn at the same time? Are we simply locked in a moral war?

Omowale Michael Bokinni is a trained Cinematographer and Screenwriter. He is an alumnus of the prestigious Royal Arts Academy Lagos. Passionate about all things music, movies and entertainment in general. He is also an actor who has featured in a number of Nollywood movies. Most recent; The Royal Arts blockbuster “Bitter Pill.” Instagram @omowalebokknni. Twitter @bokinnio