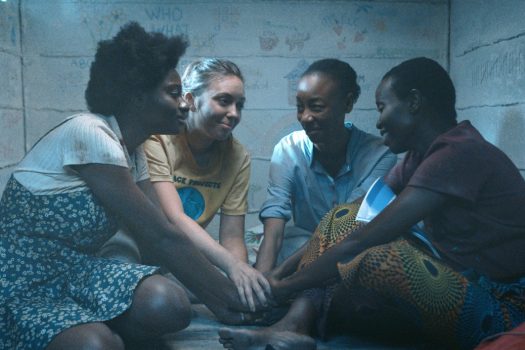 Netflix’s “Trees of Peace” Review: Saved by the Will to Survive

Without any creative adjustments to the story, Brown’s movie Trees of Peace  passes as a historical documentary of a firsthand story…

Between 7th April and 15th July, 1994, Rwandans experienced a 100-day genocide, also known as the genocide against the Tutsi. Following the assassination of then President Juvénal Habyarimana, a Hutu, a militant sect of Hutus launched an attack in the form of a war against the Tutsi and the Hutu moderates. With the expression “Cut down the tall trees,” the Hutu militias started the massacre on the Tutsi. By the end of the genocide, there was a record of about 1,000,000 people dead and 250,000 to 500,000 rape victims.

Every war is experienced differently by survivors, and movies like the Academy Awards-nominated Hotel Rwanda, Sometimes in April, and God Sleeps in Rwanda have been inspired by and have portrayed some aspects of the Rwandan Genocide. Every one of them is peculiar as they hold a different perspective on the event. Similarly inspired, the 2021 film, Trees of Peace,  tells the tragic tale through four women whose will to survive forces them to build an unbreakable bond.

Written and directed by Alanna Brown (Blindspotting, Grave Hill, the movie, according to Brown, was inspired by her exposure to the survival stories of these women, their strength to keep existing and their willingness to talk about it. Among other cases of war, genocide and xenophobia in African history, the Rwandan Genocide is particularly recognised as a traumatic experience for the Rwandans. The strength to heal and forgive their perpetrators, which was aided by the creation of the “Gacaca Court,” gave the people of Rwanda a new dawn. Brown bears this in mind, and the stance taken by her film reflects forgiveness, purpose and peace.

The women on Brown’s set match her story and own their characters with guts, building further the intensity of their act. Each of the women has a different story, and each is special. Annick (Elane Umuhire), a pregnant Hutu moderate, carries the pain of four miscarriages, and is enveloped by the fear of losing “Elijah,” the unborn baby she names in the women’s hiding place. Jeanette (Charmaine Bingwa), a Tutsi nun whose bitterness is hidden deeply, would rather change the narrative than face her pain, announcing that her father was a priest while hiding the more sordid parts of him that actually shaped her. Peyton (Ella Cannon) is a white missionary whose purpose in Rwanda is to render help as an atonement for past sins. Lastly, Mutesi (Bola Koleosho) is a Tutsi lady whose trauma as a victim of rape at the hands of her uncle causes her  to become insensitive to the emotions of others, be judgemental, unappreciative, and entitled.

With little graphic detail, Brown carefully scripts pain, fear, and violence into existence. The movie lets the viewer utilise their imagination, and experience the same claustrophobic and terrified feeling as the women. The women become acquainted with screams and gunshots, and it becomes a normal part of life. The sight of young boys being handed a machete and teachers being made to kill their young students is a tale of terror, and an experience that may never be forgotten. Still, the film sends a message of hope and encouragement through adversities. As months pass, the women struggle to stay alive while avoiding death by starvation. With their circumstantial meeting and  intentional bond, the women soon create their own distractions from reality. They have hearty conversations about their life plans as they seek comfort in painting portraits and reading “Trees of Peace,” a childrens’ book that Peyton has in her possession. 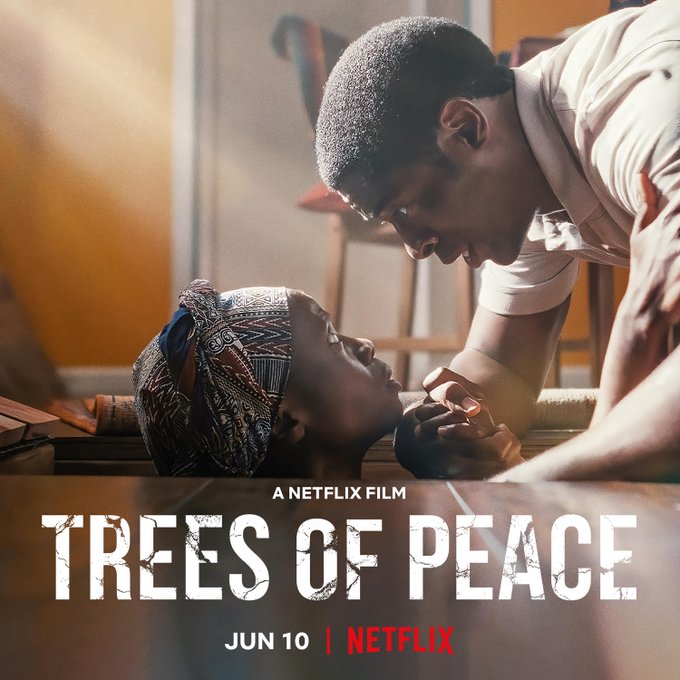 These women are the protagonists of the story, but the hero is the blurry figure of François (Tongayi Chirisa), Annick’s husband and a moderate Hutu man. He risks his life taking care of everyone he can, and tries his best to come by when he can to visit and give food and water to his pregnant wife. But as much as he tries to give hope to his wife, François’ message is marred by the news of lost friends and their neighbour’s dead baby.

The movie is written in its true form, ensuring to detail the direct encounters and plight of the women, with no assumptions as to things happening outside their environs. Without any creative adjustments to the story, Brown’s movie passes as a historical documentary of a firsthand story. However, the insistence on the character of Peyton and her refusal to be rescued by the UN, which serves the purpose of portraying the discriminatory aid rendered by the UN during the genocide and also the idea of loyalty between the women, stands the risk of being interpreted as a need to present the message in a way that’s more palatable to its white audience. For almost every black civil war, there is a white missionary, as if to say that no portrayal of African history can work without a “white” feature. In Trees of Peace, Peyton is like light to their minds, a foreigner who, in her imperfections, still feeds them and teaches Annick to read English.

Portraying will as a source of strength to overcome adversity, Trees of Peace is a reminder of Arthur Schopenhauer’s concept that “Will is an irrational blind incessant impulse without knowledge that drives instinctive behaviors, causing an endless insatiable striving in human existence, which Nature could not exist without.” 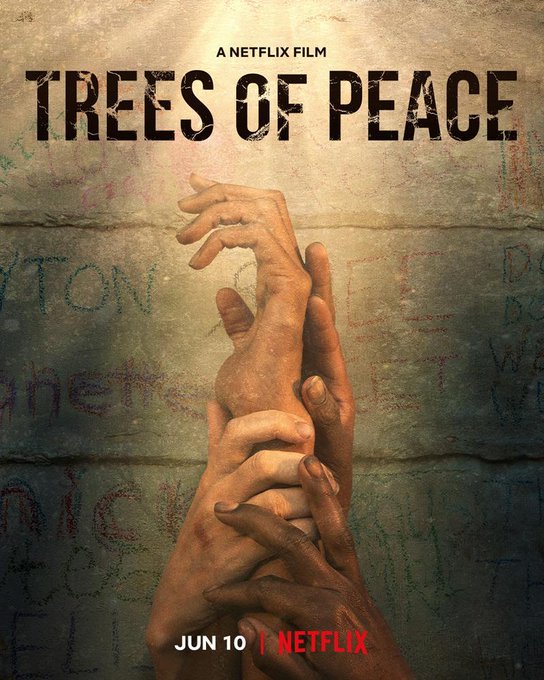 With Brown’s directing and Micheal Rizzi’s cinematography, Trees of Peace becomes a solid watch. And although it is not the type of movie you may want to watch again in a hurry because of how emotionally triggering it is, it is enlightening and informative about the consequences and traumatic effects of war.

Trees of Peace is currently streaming on Netflix here.