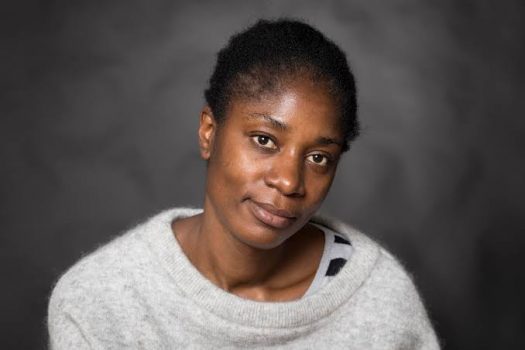 International Women’s Day is upon us again, with “Break the Bias” as the 2022 campaign theme. Without doubt, women have been breaking the bias across the globe, rising above stereotypes as they use their voices and skills to improve the environments and industries in which they find themselves.

Mosunmola “Mo” Abudu is a Nigerian media tycoon described by Forbes as Africa’s most successful woman, and by The Hollywood Reporter as one of “The 20 Most Powerful Women in Global Entertainment.” The founder and CEO of EbonyLife Media, a Nigerian media conglomerate, Abudu produced The Wedding Party, which was formerly the highest grossing Nollywood film ever, and is now the second highest grossing film, and a host of other films, most of which were huge commercial successes in Nigeria. Between 2018 and 2022, with the media mogul at the helm of affairs, EbonyLife Media has inked historic deals with Netflix, Sony Pictures, AMC Networks (USA), BBC Studios, as well as Will Smith and Jada Pinkett Smith’s Westbrook Studios, for the production of multiple films and television series set in or connected to Africa. EbonyLife has also partnered with Sony Pictures to launch an African Writers Initiative called “Àlọ́,” (a Yoruba word that translates to “Once upon a time”).

Abudu has an honorary doctorate of Humane Letters from Babcock University, and an honorary doctorate degree in Arts from the University of Westminster. In 2018, she was named on the UK Powerlist, an annual list of the UK’s top 100 most influential people of African and Caribbean heritage. In 2019, she became the first African to chair the International Emmy Awards Gala, and also the first African to receive the Médailles d’Honneur, in Cannes, France.

Wanuri Kahiu is a Kenyan filmmaker who has won numerous awards for her exceptional work in filmmaking. Her debut feature film, From a Whisper, won five awards at the Africa Movie Academy Awards (AMAA) in 2009, including the awards for Best Picture, Best Screenplay and Best Director. Her short film, Pumzi,  an afrofuturistic sci-fi film, premiered at the Sundance Film Festival in 2010 and won the Best Short Film Award at the Cannes Film Festival. Her 2018 film Rafiki, a story about two Kenyan girls who fall in love, was initially banned in Kenya for containing homosexual material. Yet, Rafiki premiered at the Cannes Film Festival, 2018 to a standing ovation. It was the first Kenyan film to feature at the Cannes Festival, and it received multiple awards at various international film festivals.

Nosipho Dumisa didn’t believe she could be a director because she’d never seen a director who was a woman of colour. But now, she is a co-founder of Gambit Films, a production company in Cape Town, and has had immense success in the filmmaking field. Her most popular work is Blood and Water, the hit Netflix South African series she created. However, before the Netflix series, her debut film Nommer 37, which she wrote and directed as a short film before making a feature film version, had already won her international recognition for her excellence, including the Jury prize for Best Director at the Fantasia International Film Festival in Montreal.

Dumisa continues to put South Africa, and Africa as a whole, on the global map with her impressive skillset as a director and producer.

Her 2013 film, Kwaku Ananse, earned a Golden Bear nomination at the Berlin International Film Festival and won the AMAA for Best Short Film in 2013. She also produced Reluctantly Queer in 2016 which was nominated for the Golden Bear and the Teddy Award at the 2016 Berlin International Film Festival. In 2017, she won another AMAA award for her short film, On Monday of Last Week, which she wrote and directed as a film adaptation of Chimamanda Ngozi Adichie’s short story of the same title, from the renowned Nigerian author’s short story collection, The Thing Around Your Neck. Reluctantly Queer and another one of her films, Pelourinho: They Don’t Really Care About Us (2019), were both on the British Film Institute’s Sight & Sound Magazine’s list of critics’ best films in their respective years of release.

Owusu’s films explore the colliding identities of black immigrants in America, and in her works, feminism and African identities interact in African, white American and black American cultural spaces.

She currently lectures at Harvard University and the Pratt Institute, US.

Kaouther Ben Hania is a Tunisian film director with several notable prizes to evidence her expertise. Two of her films, Beauty and the Dogs (2017), and The Man Who Sold His Skin (2020), were selected as the Tunisian entries for the Academy Awards (the Oscars), with the latter earning a nomination in the Best International Feature Film category at the 93rd Academy Awards— the first Tunisian film to be so nominated.

Rosine Mbakam, a Cameroonian director based in Belgium, is most known for her documentaries. Her documentary debut, The Two Faces of a Bamiléké Woman (2016), which the New York Times praised as a remarkable debut, follows her own return to Cameroon from Belgium to reunite with her mother. In the documentary, she explores culture, poverty, and other topics, through conversations with her mother and other women. Her sophomore documentary, Chez Jolie Coiffure (2018), centres on a Cameroonian immigrant working as a hairdresser in Brussels as she seeks residency. Her 2021 documentary, Delphine’s Prayers, follows a young Cameroonian woman who gets caught in sex work after the loss of her mother, abandonment of her father, and a rape that results in pregnancy.

Seko Shamte is the founder of Alkemist Media, a Tanzanian production company through which she hopes to bring international recognition to the Tanzanian film industry. Dedicated to this vision, Shamte secured a Netflix deal that saw her film Binti, which she made with an all-women production team, become available on the global streaming platform in January, 2022, as the first Tanzanian film to be available on Netflix. But before its release on Netflix, the film had first premiered at the Pan African Film Festival for the International Women’s Day on the 8th of March, 2021, and had also won the award for Best Feature Film at the Zanzibar International Film Festival, 2021.

Kemiyondo “Kemi” Countinho is a Ugandan actress and filmmaker who lives in the US and makes films in Uganda. Her directorial debut was a short film titled Kyenvu (2018), a film that challenges the controversial Ugandan Anti-Pornography law that prohibits women from dressing “indecently.” The short film won Best Short Film at the Pan African Film Festival, becoming the first Ugandan film to qualify for an Oscar. It also won The Harness Social Impact award at NBC Universal’s Short Film Festival, 2018 and the East African Talent Award at the Zanzibar International Film Festival, 2018.

In 2018, Countinho made Forbes Africa’s list of 30 Under 30 Creatives, and in 2019, she was named as one of OkayAfrica’s 100 Women. She also launched an initiative in 2019 called “The Fivefor5 Fund” to allocate $5,000 to five female filmmakers from Uganda to create a five-minute short film.

Afrocritik celebrates these great filmmakers for the giant strides they have taken, and are still taking, and we look forward to the great things that they and other African women filmmakers will accomplish in the coming years.