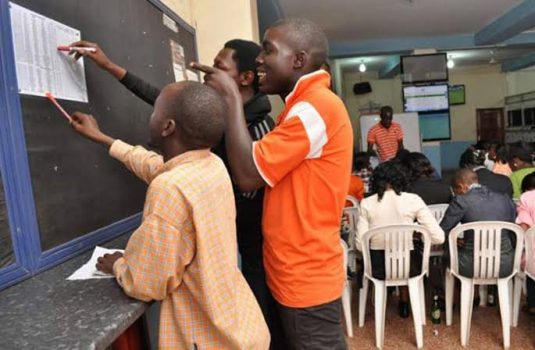 Weighing the Cost of Gambling in Africa: Sports Betting in Nigeria

To acquire more patrons, bet companies in Nigeria have struck partnerships with stakeholders in the sports and entertainment industry, opting to sponsor events, reality TV shows, and games…

During the weekend, Ebiowei (real name withheld), buoyed with optimism, decided to play a bet-slip with predictions gotten from a popular Twitter user. Armed with the bet codes, he logged into a betting site and booked the game. The money, N4500 in total was his last cash, but in the fast-paced world of gambling, a miracle is all it takes to change one’s life and take one out of penury. He looked forward to cashing out close to about N800,000. Unfortunately, the games did not go as planned and Ebiowei lost all his money.

This is an all too familiar story with over 60 million people who engage in sports betting in Nigeria.

The industry has seen tremendous growth over the years, from old poll games such as Baba Ijebu to modern bet-shops with computers and TV screens showing visuals of live sports matches.

The history of betting in Africa is hazy but regulations around the industry began to emerge in the early 1960s when Ghana set up the Lotteries Betting Act. This was followed by the Gambling Machines Act of 1973 and the Casino Licensing Act later on. All of these regulations were to ensure that players and operators alike benefited from additional safety and security measures. But in South Africa, the case was different as the country introduced the South African Gambling Act that outlawed all forms of betting in 1965.

However, the post-apartheid government made all forms of betting legal and introduced the National Gambling Act two years later. In Nigeria, regulation was slow to take off. It was only in 2005 that the government established a National Lottery Commission to oversee the betting industry and ensure that the interest of players, stakeholders, and the general public was protected in a transparent and accountable manner.
Over the last few years, sports betting has witnessed explosive growth in the continent, fueled mainly by fans who watch their teams play in the European and local sports leagues. With hundreds of games being played weekly, fans look forward to being rewarded for their interest in sports, predominantly football.

“I like sports, so I just do it for the fun of it. It is very hard to see somebody that likes sports that don’t bet,” Cynthia (real name) who started betting in 2014 as a university undergraduate through the influence of friends that did, said. Her wins since placing bets have however been irregular.

Founded in 2009 by Akin Alabi, Nairabet was the first online sports betting company to open shop in Nigeria. Since then, over 40 bet companies have sprung up operating under different names and franchises. The leading companies include Bet9ja, KingsBet, MerryBet, 1xBet, amongst others. Akin Alabi, now the Chairman of the House of Representatives in Nigeria, in February 2022, moved a motion for two bills that would ensure that foreign betting companies operating in Nigeria pay tax to the government.

Betters in Nigeria spend about N2 billion on sports betting daily. This figure snowballs into a mouthwatering N730 billion annually.

One striking characteristic between Nigeria and South Africa is that they both have the highest rate of unemployment in the continent at 33% and 35% respectively. It’s safe to say then that both countries have a high betting rate due to high youth unemployment.

Dr. Richard Aborishade of Olabisi Onabanjo University, Ogun State Nigeria, described the industry as one of the leading contributors to the economy, that not just provides jobs, but also helps thousands of Nigerians in their fight against poverty and economic inequality. He continued by urging security agencies to support the industry within the extent of the law, rather than show hostility towards its business operation. 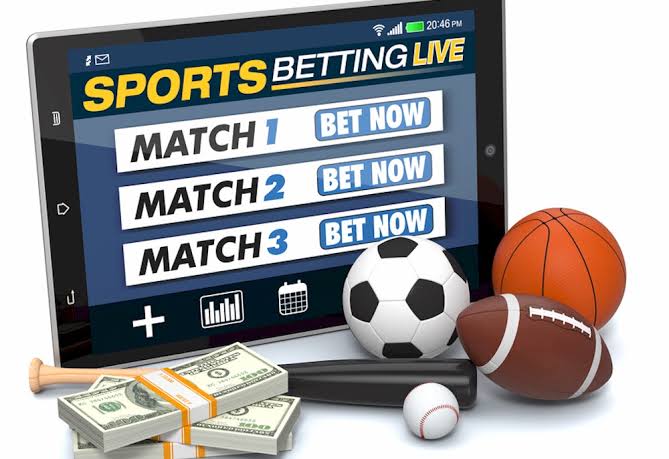 On why people bet, Ebiowei, says “betting is a legit form of money and it’s better than doing ‘Gee’.” Gee is a euphemism for Internet fraud.

Sports betting over time has gained more ground in the digital space than in brick-and-mortar bet-shops due to deepening broadband access, ease of payment, population growth, and the availability of smartphones and other digital devices.

Vinny (real name withheld) is in his late twenties and has been betting for over ten years since the early days with Bet9ja and Merrybet when codes were written on the board. On average, he stakes N200 but confessed that he has staked N10000 in a slip before. He also claims to have won over N500,000 on a bet slip. The morale for playing rises and drops occasionally when there are continuous losses. “Betting is an alternative means to make money apart from the normal salary job. Most times I play for fun because as a gambler, it’s a win or loss situation,” he says. Now he looks at features with the best chances at winning when predicting. He says that most of the times he cashes out are occasions where he doesn’t think much about the game. “Games wey I dey monitor na games wey I use better money, so na just for the fun,” he said.

To acquire more patrons, bet companies in Nigeria have struck partnerships with stakeholders in the sports and entertainment industry, opting to sponsor events, reality TV shows, and games. For instance, Bet9ja struck a partnership with the Nigerian Professional Football League to be the official sponsors of the league.

In 2019, Bet9ja replaced Payporte as the official sponsor of the popular Reality TV show, Big Brother Naija, a show watched by an estimated 40 million people across Africa. 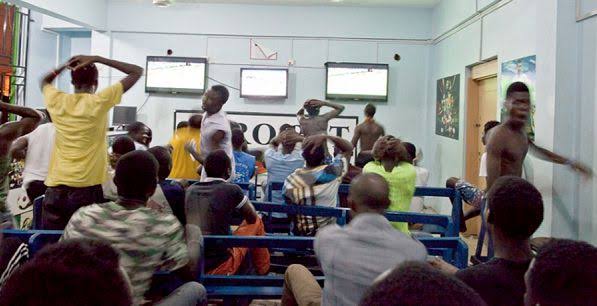 The betting industry contributes to the Nigerian economy. One of the net effects of betting on the economy is the creation of jobs. Betting shops can be found in almost every street in the country, employing young people who work as salespersons that help punters book games and collect payment. Most of these outlets are also used as viewing centres, luring people to the bet-shops and gradually making them interested in betting.

Economists predict that online gaming revenues will increase in the coming years, producing a positive impact on the economy, new jobs are created and tax revenue would go to other sectors of the economy such as education and public health.

According to a 2018 report by PwC, Nigeria was the second-largest online betting market in Africa, with gross gaming revenues of $58 million for that year. The report projects that the GGR will rise by 16% over the next five years. In the continent, South Africa is the leading destination for sports betting with a total gambling industry GGR of around $2 billion.

Gambling comes with its risks, such as addiction, loss of money, and the tendency of people under the stipulated age limit of 18 to be enticed into playing.

There’s a betting epidemic in Nigeria. Betting shops are filled with kids younger than 18, and nobody asks for ID. Also, there’s no campaign for responsible gambling

Michael (real name withheld), a passive sport better revealed that he started placing bets since his days in secondary school, as a means to get quick money for miscellaneous spending. He initially started with spare change, with hopes for double returns. “When I needed money and I couldn’t get this money at home, I just had to stake to stand the chance of getting more money. Even if you want to lose the money, how much is N100?” he says. Over the years, the amount Michael now stakes for games has increased. He admits that the maximum bet placed so far is N5,000.
Chizzy (real name withheld) is an active player who has betted 3 to 4 times a week, for the past 7 years. He stakes N500 on average. His motivation for betting is that perhaps one day, he would get lucky. “Well, Nigeria is hard, and doing things right will not make ‘somebody to blow’. So, I’m just trying my luck, at least if e enter now person fit use am settle one or two things,” he said. On how often he wins, he said, “once in every blue moon.”

It’s difficult to completely fault people who bet in Nigeria due to the harsh economic condition in the country. But then, betting is not a sustainable way to build wealth as many of the respondents admitted. The only reason most of them actively bet is that they want to engage in legal activities that bring in extra cash, even though their days of losses greatly exceed their wins. Most of the respondents I spoke to about sports betting said that although they bet most of the time, their lucky days are few and very far apart.