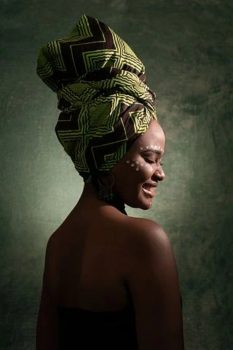 Gender Constructs Are No Basis For Moral Judgement

Women still remain at the bottom of the social hierarchy, with poor access to land, credit, health and education…

All around the world, people’s actions or behaviours are jugded based on dominant notions and practices that prevail in the society. These notions work towards, most times, protecting males and at the same time, exposing females to ridicule in terms of moral constructs and sexuality. It starts very early with the pink (“female,” mild) or blue (“male,” strong) clothes babies are often worn at birth, to what their parents, teachers, coaches and friends teach them as they grow, to what they absorb from the cartoons, books, magazines and movies they watch. It is a powerful driving force that puts enormous pressure on people to conform to societal beliefs.

However, family culture, based on people’s race or ethnicity, is equally as powerful, and starts just as early. In many cultures, women are expected to be responsible for things that men are not. There are more pressures put on girls and women to look and behave in certain ways. Ranging from seeing women who make their feelings known to men as being cheap or too forward, to persecuting women who are caught in illicit sexual activities outside of their matrimonial homes, drawing from the discourse of the woman in the Bible who was to be stoned in the Bible for engaging in adultery, without meting out any punishment to the man with whom she committed the sin, the situation has proved to be devastating.

The sextape of Nigerian songwriter and singer, Tiwa Savage, with her lover has garnered much traction. Many people took to social media to lash out and express their utmost disdain on the incident. The questions to ask are: are people disappointed about the wrongness of her being caught on tape having sex with her unknown boyfriend? Or the fact that the act was recorded at all? Or because she has a son? Why was the man not chided, too? Was it because he was not as popular as Ms. Savage? Would the tape have gained so much traction had it been a man in Ms. Savage’s place? All of these questions must be strictly considered before judgement of whatsoever form can be passed. Many times, the women caught in these embarrassing situations are the ones who get the most or all the backlash from both fans and their own colleagues.

The view that the backlash on the video are because the act is considered wrong is flatly contradicted by many reactions from different individuals that hold that a woman should not be involved in such image-tarnishing act, and that Tiwa Savage must apologise to fans. This means, in reverse, that men can get in and get out of the same situations without having their image tainted. The topic of gender bias is a highly argued and controversial one.

That fact that women aren't an oppressed minority but rather an oppressed *majority* is a massive clue to the mind-melting scale of the problem of female subjugation.

it’s ironic that the same people who believe that female subjugation and submission is biological react so poorly to being told that yes, sex feels good because it was incentive for our early ancestors (and other species) to procreate.

Gender is the mechanism by which women (the female humans) are disempowered. Gender is not naming what sex is. Gender is not recognising sex. It's not an "identity".

Gender is the motherfucking superstructure of female subjugation at the hands of capital and male supremacy.

Religion has been among the most effective tools for female subjugation. Denying this is denying reality.

When popular dancer, Jane Mena, became a topic of discussion after actress, Tonto Dikeh claimed her ex-boyfriend, Prince Kpokpogri, had several videos of himself sleeping with Jane, Jane vehemently denied the claims and even dared Tonto to release the said clips. However, shortly after that, an audio recording of Kpokpogri attesting to sleeping with the married dancer leaked and spread over social media like wildfire. People criticised Jane, with derogatory statements being thrown at her for commiting the act. Interestingly, Kpokpogri was conspicuously exempt from this scolding. This is just one of many instances that shows that the society has constructed the image of the male gender as invincible, impenetrable or incapable of being adulterated.

For many women, especially African women, the United Nations’ Beijing Platform for Action and the various international instruments their governments have signed, have yet to translate into significant and widespread positive changes in their daily lives. Women still remain at the bottom of the social hierarchy, with poor access to land, credit, health and education. While some of the agreements that African governments have ratified enshrine property and inheritance rights, in most countries women are denied those very rights.

Women have made significant strides in the political arena over the years judging from the action taken by the continental political body of the African Union (AU) in promoting gender parity in its top decision-making positions in 2003 by electing five women and five men as AU commissioners, and the appointment the following year, of Ms. Gertrude Mongella, to head the AU’s Pan-African Parliament, where women make up 25% of members. Yet it is a fact that in this modern time, many people are still battling or are yet to come to terms with the fact that rights to opportunities, privileges or treatments are to be enjoyed equally by both genders. This is not in any way supporting irresponsible or demeaning sexual behaviours or projections that are capable of corrupting, misleading or perverting the society, or dismissing indiscretions, but rather a call for people’s attention to the fact that when an individual errs, the action should be condemned equally between both gender parties without giving any undue consideration whatsoever to any one.

Nigerian writer, Chimamanda Ngozi Adichie asserts holistically that more time is invested into teaching girls to worry about what boys think of them. But the reverse is not the case. People don’t teach boys to care about being likeable. They don’t only spend too much time telling girls that they cannot be angry or aggressive or tough, which is bad enough, but then they turn around and either praise or excuse men for the same reasons. All over the world, there are so many magazine articles and books telling women what to do, how to be and not to be, in order to attract or please men; meanwhile there are far fewer guides for men about pleasing women.

In her book, Dear Ijeawele, or A Feminist Manifesto in Fifteen Suggestions, Adichie explains that the ability to engage in house chores is in learning and not in the genitals. In her words, “the knowledge of cooking does not come pre-installed in a vagina. Cooking is learned. Cooking—domestic work in general—is a life skill that both men and women should ideally have. It is also a skill that can elude both men and women. We also need to question the idea of marriage as a prize to women, because that is the basis of these absurd debates. If we stopped conditioning women to see marriage as a prize, then we would have fewer debates about a wife needing to cook in order to earn that prize.” This clearly shows that the misconception of the significance of the roles (leading to a formal-mental disorientation and disparity) of the man and the woman was as a result of distortions that occurred in childhood which springs up in adulthood and becomes difficult to correct.

In her eighth suggestion, Adichie emphasises that we should teach our girls how, “…to be honest. And kind. And brave. Encourage her to speak her mind, to say what she really thinks, to speak truthfully. And then praise her when she does. Praise her especially when she takes a stand that is difficult or unpopular because it happens to be her honest position. Tell her that kindness matters. Praise her when she is kind to other people. But teach her that her kindness must never be taken for granted.”

There needs to be a reconditioning of the society to see that both gender are given fair and equal treatment, and attitudes or toxic stereotypical representations are publicly condemned without preferences to any gender. People should also be aware of cultural inconsistencies in how girls and boys are treated and the projections of these treatments in the society. People need to challenge cultural expectations that women should be responsible for things that men are not.