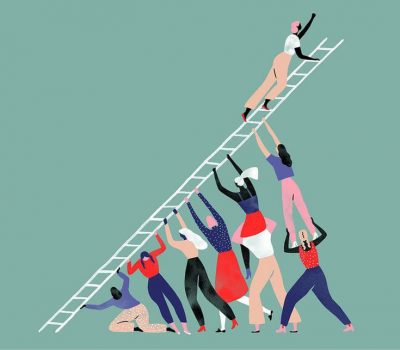 Do Women Have a Role to Play in the Popularity of Patriarchal Ideals?

Prior to becoming the wife of President Hage Geingob, Geingos was a successful business leader, even becoming the board chair of a commercial bank. Yet, she has been subject to slut-shaming and called a gold-digger undeserving of marriage to the president…

There is the subversive belief that women are other women’s worst critics because of the apathy and meanness they tend to receive from one another. Women have, as well, accepted and even enforced sexism, whether in hostile or benevolent manners. It appears in various ways: women policing other women’s bodies, questioning their choices; or encouraging abuse by blaming women who are victims of domestic and sexual harassment. It could also be subtle, in accepting steep traditional beliefs that favour the oppression of women. As art imitates life, we see this showcased in the entertainment we consume in the media, in the movies, music, and literature, that either further perpetuates patriarchal notions or shines light on the subject. 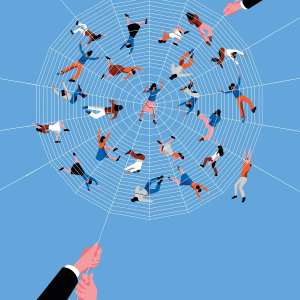 Old and present-day Nollywood movies, for instance, are replete with the trope of sisters or mothers-in-law that emotionally and verbally torture the seemingly modern wife, or the mother who sees nothing particularly wrong when a man beats up his wife. In African-American writer, Alice Walker’s 1982 classic novel, The Color Purple, about sexism and racism in America, we see the main character, Celie, who is a victim of sexism and sexual abuse, advising her step-son, Harpo, to beat up his wife, Sofia, as the only means to subdue and make her submissive. The character, Grandma, in Tiny Sunbirds Far Away, continues to “cut girls,” that is, practice female genital mutilation, even as she knows that this is a wrong practice. Nigerian writer, Cheluchi Onyemelukwe’s novel, Son of the House, also, facetiously showcases the prevailing patriarchy imposed on women by other women. Kenyan writer, Idza Luhumyo, writes in her essay, about how the leso, a traditional Kenya clothe, became a symbol of oppression, as aunties, mothers, and other female relatives used it to police the bodies of young girls, admonishing them to cover up. In the 2022 thriller, Blood Sisters, we see one of the protagonists, Sarah, speak to her mother about being a victim of domestic abuse, and her mother’s first question is, “what did you do?”

We may write these off as the predicament of the past, but these attitudes continue to this day. This year, in Namibia, a female Member of Parliament, Elma Dienda, publicly stated that it was impossible for a man to rape his wife, and that rape does not exist in marriages. Her argument, here, was that women cannot deny their husbands “their rights,” further perpetuating the rape culture.

In many African cultures as well as global societies, patriarchal systems have existed and still exist as normative in both overt and subtle ways. These systems accrue privileges to masculinity over the feminine and enforce the masculine domination of women. Among prevailing conversations and debates that continue to form both on-screen for public scrutiny, and away from the Internet, in daily interactions, is the subject of women’s rights, gender equality, and the ultimate dismantling of the patriarchal systems that do great disservice to women.

Over the past hundred years, feminist movements all over the world have been established that have seen women demand and achieve the rights and privileges they are deserving of. There are successes, beginning with the rights to vote and own properties in the days of the suffrage movements to demanding equal pay and closing the gender pay gap, and speaking up and getting justice against sexual harassment and domestic violence such as with the #MeToo movements, and the rights of women to bodily autonomy such as seen with pro-abortion movement in the present day. Feminism has also found allyship in not just women and non-binary only groups, but with men, too, who amplify the call for social justice, equality, and the end of gendered marginalisation. 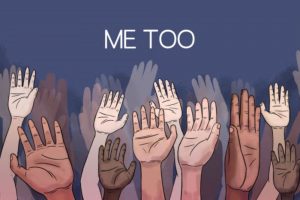 Notwithstanding, feminism still battles its setbacks from various fronts. In the anti-feminist communities that call for the structuring of society to its “original” male-dominated order, such as we see in “alpha male” arguments, and those who emphasise cultural norms, as well as in the women who enable patriarchal norms themselves either deliberately or not.

(Read Also: Are “Alpha Males” Responsible for the Rise of the “Involuntary Celibates?”)

Every now and then, on social media, there is a tweet or a post from a woman who says another is deserving of a violent reaction from a man because she may have caused it by provocation, one sentiment that is even present off the Internet.

What lead to this, that’s what i want to know…
Something made him beat her till pulp and please don’t tell me no matter what because I can list 5 valid reasons why she might have deserved this.

I remember, with much horror, a screenshot from Snapchat, of a lady confessing to drugging her friends to “loosen them up” at a party, allowing them to be repeatedly sexually assaulted. Once, during a casual conversation with some relatives, when the subject of wooing and consent came up, one person said, rather shockingly, that there are grounds for a man to sexually assault any woman who repeatedly rejects his advances. When Nigerian doctor and cancer case advocate, Femi Olaleye, was accused and reported by his wife for allegedly sexually assaulting a minor, there was a recording of his mother threatening another person, possibly the accuser, to spare her son because “doing such is not a new thing.”

Perhaps, these scenarios are hostile and only in the worst of cases, but forms that appear seemingly non-violent also persist. One article showed that widows in the Igbo cultural groups in Nigeria, who were subject to brutal and denigrating widowhood cultural practices, were reluctant to put an end to it. It also reports that women are disinclined to vote for other women vying for political offices. There is an implicit bias, by women, toward women in political offices. An interesting one that persists, by both sexes, is that women have the tendency to become “power drunk” and abuse that power, or that they are simply inadequate and that it is almost impossible to have risen to the top by merit, without any assistance rendered by a man. Take Namibian First Lady, Monica Geingos, for instance. Prior to becoming the wife of President Hage Geingob, Geingos was a successful business leader, even becoming the board chair of a commercial bank. Yet, she has been subject to slut-shaming and called a gold-digger undeserving of marriage to the president.

A few days ago, in the United States, a comic book series, Girls Who Code, which portrayed and encouraged diversity and inclusion in STEM fields, was temporarily banned from circulation across certain states in the country. The ban came after a primary pushback from the conservative group, Moms for Liberty, as part of its bid to ban certain books and learning materials in the country.

There are also women who make offhand statements that begin in the manner of “a man should…,” “it is a man’s place to…,” or comments that emphasise the statutory places of women in society. In urban terminologies, women like these that normalise and want to enforce patriarchal ideals have come to be referred to as “Patriarchy Princesses.”

These types of women carry on these patriarchal narratives, hostile or benevolent because they seemingly benefit from it through a  construct referred to as a “patriarchal bargain” where women consider it a form of protection for themselves even as it is detrimental to other women.  These women become the symbol and herald of moral uprightness, because that way, they receive approval, as though that is the only way to be deserving of men’s attention. Another term used in modern times to describe such women is the “Pick Me Girl” who quickly renounces other women for male approval.

But the reality is that, at the end of the day, there are no substantial benefits for the person who chooses to belittle others, and the effects of oppression are still experienced by all women, regardless of whether one woman supports its perpetrators or not, and being marginalised is something that all women will continue to experience until the system that encourages that repression is completely dismantled, and every individual is accorded fairness.