Are “Alpha Males” Responsible for the Rise of the “Involuntary Celibates”?

Christopher Cleary was arrested in January 2019 for posting on Facebook that he was “planning on shooting up a public place soon and being the next mass shooter” and “killing as many girls as I see” because he had never had a girlfriend and was a “virgin…” … Can we say “Alpha Males” are responsible for the rise of the “Involuntary Celibates”?

On the vast platform of the Internet, beliefs, thoughts, and ideas of many kinds have the chance to thrive. However, it is perturbing, and quite exhausting, frankly, that the most common things one may stumble upon are Twitter threads condemning an abstract group of men rendered as “simps,” or clips of podcasts hosted by a group of anti-feminist men debating the various ways the “alpha males” need to re-dominate the world. The subject of the “Simps vs Alpha Males” is a popular trend that is doubtlessly ravaging the Internet with its highly-placed controversy. The burning hate for the peculiar section of men considered to be “simps” is cooled in reception of the other sect of straight, heterosexual men claiming to be “alpha males.”

This issue has travelled up from being an arguably lighthearted topic employed as spicy banter observable in the conversations explored by many on social media, to one where classes and lectures are held to teach men lessons and tips on how to willfully avoid the path of “simping” and be firmly grounded as “alphas.” Alpha Males uphold the same beliefs of the Red Pill Men — misogynistic beliefs that encourage men to completely remove themselves from the delusions of behaving kindly to women and the overall idiocy of feminism. It begs to wonder if this set of “alphas” will herald the next faction of new generation incels.

Since the dawn of the twentieth century, the subject of the “alpha male” has been one that has continued to be romanticised and celebrated in its infusion in major facets of the media especially in film, books, podcasts, and art generally. A plethora of books and movies exploring the world of love, sex, and romance are known to include the dominant alpha male as a quick selling point juxtaposed with the docile, subservient damsel-in-distress. Scholars such as Roxane Gay and bell books have discussed and critiqued the cultural images of the alpha and labelled them as “toxic,” “reductive,” and “problematic.” From the representations of the alpha male in the media, he is one who takes charge; but worse, he is possessive, territorial, dominant, and manipulative. The comparison between the image of the alpha male portrayed in popular culture and the one many men in the real world are eager to don stops at the point where these men, in reality, are readily appropriating the dreadful incel culture.

Lyman Stone, in her article for IFS (Institute for Family Studies), affirms that incel communities “believe women have become very sexually promiscuous over time, and indeed, that virtually all women are highly promiscuous.”

In 2014, self-proclaimed misogynist, Scott Paul Beierle, posted several videos on YouTube where he filmed himself calling women “slut” and “whores.” This is further evinced in the recurrent cases of trolling and slut shaming perpetuated by these so-called alpha males where they insist that sexually liberated and/or sex-positive feminist women, both the conservative ones and those independently flaunting their sexuality through fashion, beauty, etc., are ignorant thots shamelessly displaying their whoredom and employing sexual liberation as an obvious decoy to portray themselves as respectable.

The “alpha males” berate the men they shove to the bottom of their preformed hierarchy, the “simps/betas” — that is, the “weak, effeminate, spineless” men — for pandering to the “vain” demands controlled by these “undeserving” women. For context, the Urban Dictionary defines a “thot” as a “woman who pretends to be the type of valuable female commodity who rightfully earns male commitment — until the man discovers that she’s just a cheap imitation of a ‘good girl’ who is good only for mindless sex, not relationships or respect. They generally dress in cheap clothing, try to act like they’re better than they really are, or think they’re not trashy but high class when they’re nothing close to classy. They request respect, money, gifts, dates but do nothing to deserve any of it because they have no self-respect, no manners, low self esteem, little education and on top of all that are slutty because they have no self worth.” 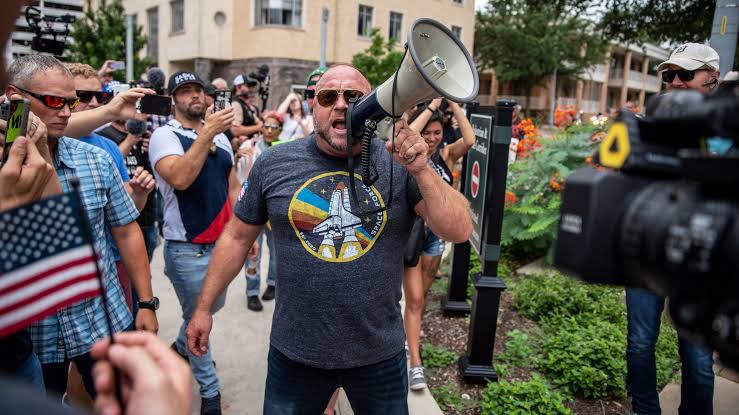 The Red Pill is an online community hosted on Reddit and chaired by Morpheus Manfred, where the blatant contempt for women is discussed. In an interview with The Guardian UK, Manfred explains that, “Over the past 10 years, the flakiness of women has gotten worse. You’d meet a girl, hit it off, get her number and agree to a date. And either she’d no-show, or cancel right before. I found myself putting in all this effort for nothing, it was very defeating. It’s not the way courting worked when my parents met. What I saw in movies – where having a good heart and being yourself is all you need – that’s not what happens now. Good and nice aren’t attractive anymore. We’re accused of misogyny almost daily. But [before The Red Pill] there wasn’t really a way for guys to express these feelings.” He also claims that the Red Pill has helped him to secure romantic relationships. Thus, with the idea that being patient and ‘nice’ to women will be automatically interpreted for weakness and an invitation to be taken advantage of, young men abhor any possibility of being rendered “simps.”

Theorising the journey of “alpha male-dom” would inform that it a quest led by aggrieved former “simps” and misogynistic red pill, incels who believe that they are intellectuals that wield a monopoly of knowledge concerning gender and feminism; therefore, when they condescendingly oppose actual feminist principles and definite statistics, they do it because of the large repository of feminist knowledge that they own.

They uphold stereotypically masculine ideals, reinforce harmful gender roles that function against them, and dismiss the valid concerns accommodated within feminism. The Red Pill Men/Alpha Males continue reinventing, for themselves, newer ways of expressing their insecurities, agony, anguish, and hate for women, hiding it under baseless principles of radical redefinitions of masculinity.

While it may seem harmless to some that young men have begun building and sustaining online communities championing the intense desire to be alpha males and incels, it is alarming to learn that these “manospheres” and online communities have far-reaching, dangerous consequences against women in the real world. In a VICE article, 26-year-old mass killer, Alek Minassian, admits to the police that he was “an incel and that he frequented toxic websites populated by others in the community.” He arrogantly proclaimed that the reason he decided to embark on one of the worst ever mass killings in Canadian history was because it was an insult that women could not fix their attention on a man like him who is a “supreme gentleman.” He goes on to tell the police that he “accomplished his mission.”

George Sodini is another incel whose brutal act of murdering nine women in a fitness centre has been celebrated as heroic in incel communities so much that incel violence is regarded as “going Sodini.” His actions are similar to those of Scott Beierle who similarly opened fire at a Tallahassee yoga studio, killing two women and leaving five people severely injured before killing himself. Both men explained that constant rejections from women spurred the need for them to revenge. Sodini laments that he was rejected by thirty million women. The arrest of the 17-year-old boy in Toronto who stabbed and killed Ashley Ashley Noell Arzaga, a 24-year-old young woman and mother, with a machete is another horrible murder marked by the jarring presence of gory morbidity. The Toronto Police Department announced that investigations had determined that the attack “was inspired by the Ideologically Motivated Violent Extremist (IMVE) movement commonly known as INCEL.”

Christopher Cleary was arrested in January 2019 for posting on Facebook that he was “planning on shooting up a public place soon and being the next mass shooter” and “killing as many girls as I see” because he had never had a girlfriend and was a “virgin.” Another killer whose motive is attributed to incel ideology is German racist and misogynist, Tobias Rathjen who killed nine people and injured five before going home to kill his mother and himself. Prior to his mass shooting, he had expressed misogynistic beliefs and complaints of his inability to form romantic relationships with women on his website.

These are few out of the many cases of violence against women, excluding the bulk of those where the perpetrators may have escaped apprehension from legal authorities. In a show of “taking charge,” these men do not only express their misplaced entitlement to the bodies and emotions of many women by causing them vengeful violence in the event of rejections, but also pave trails for other men with similar inclinations to follow in their steps, just as in the Sodini saga. The alpha male communities are similar to incel communities as they are both characterised by the pervading bitterness for women and their emotional independence, body autonomy, and sexual liberation. The news and statistics are too tangible for these “alpha males” to build or sustain communities that preach ideas similar to incel ones where misogynistic men with violent tendencies may have their spite fuelled. Thus, while some men may conceptualise the identity of the alpha as a novel way of reclaiming masculine behaviours, these behaviours are seen to exhibit patterns that can be readily reconciled to many conceited, hateful crimes.

Melony Akpoghene is a writer who believes that the world can be saved by eating vanilla cakes and listening to Beyoncé.