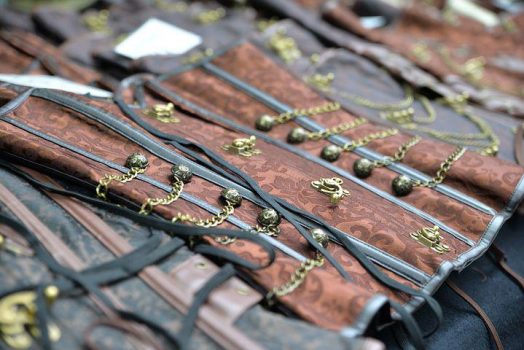 Is the New Wave of the Corset Changing the Way Women View Their Bodies?

These days, women no longer wear corsets for the male gaze, as opposed to how it used to be when women had to wear corsets in a bid to satisfy the illusion of what a woman’s body had to look like…

The corset is one of the doyens of women’s fashion. Designers have and keep on experimenting with it in different forms and styles. Corsets have a lot of interesting and controversial history, and one cannot talk about the evolution of fashion without mentioning the force that is the corset.

The corset popularly known as “stays” or a pair of bodys is a stiff piece of clothing made of iron and tough fabrics, was worn by many women as far back as the sixteenth and seventeenth centuries. A lot of vagueness is associated with the history of the corset, but it was first discovered in the Minoan Civilisation. The corset was designed to help women achieve a stereotypical body type that was considered ideal—an almost unrealistic looking waist, shapely breasts and wider hips. A V-body shape.

An article by Vogue described the corset as “a patriarchal instrument of torture that deformed the female body.” In the earlier days of the corset, many women were subtly coerced into wearing corsets because it was considered as one of the hallmarks of fashionable women, women who captured the attention of good men. The corset set a standard for women and made them aspire to achieve a certain body type which they may not have liked, but were compelled to because it was what was popular. The corset also managed to rob women of the pride of loving their bodies irrespective of their body type. They could not realise that every woman has a unique body type peculiar to her alone.

Some women even reinforced the corset fashion by ensuring that more women wore corsets because they considered it a thing of great beauty. Catherine de Medici, a Queen of France in the Renaissance period, was one of them. Medici greatly influenced corset fashion by ruling against “thick waists” within her court. All the women around her had to make their waists slenderer by wearing corsets before they could appear before her. Some historians blame Medici for making women go through the pain of corsets. Also, her power and influence made it very easy for women to obey her and keep their thick waists trim in her presence.  Some sources say Medici was a ruthless monarch who was greatly feared, and women really had no choice but obey her even when the corsets became very uncomfortable and distressing. Although physicians claimed that the corsets were capable of causing great harm to the vital organs of women who wore them, there are no recorded cases of women who died or suffered very grave damages because they wore corsets.

Wealth is usually associated with the freedom to do and be what you like. But this wasn’t the case for upper class women. They still put up with the pressure of wearing corsets to have “perfect bodies.” Ironically, upper-class women suffered more discomfort with corsets because corsets were made from hard materials like steel which were usually exclusive for the rich. Lower class women made their corsets from cheap fabrics, and used reeds for support. The corset was replaced in the twentieth century by newer fashion like the Empire Silhouette, brassieres and girdles. However, some fashion houses still find more creative and comfortable ways to incorporate corsets into modern day fashion.

The corset has re-emerged in fashion in the twenty-first century, especially in the Nigerian fashion industry. A lot of Nigerian fashion designers have learnt the art of the corset, and it is very evident in the dresses they make. Designers like Veekee James, and Tubobereni are making waves within and outside Nigeria. Their mastery of corsetry is very evident in the perfection that is common with their designs. Many celebrities use the services of these designers because they know the magic they make out of fabrics. Nigerian veteran actress, Rita Dominic’s wedding dress dominated the media, Instagram especially, even after her wedding. The corset dress was a beauty to behold. It was crafted to perfection by Tubobereni. A good number of the women that were present at the wedding — the likes of Ini Edo, Sharon Ooja, Ikpe-Etim, and others — also joined in the corset rave. I do not exaggerate when I say the designs of these Nigerian designers can stand shoulder to shoulder with that of world class designers like Valdrin Sahiti and Teuta Matoshi.

One thing that makes the corset a popular choice amongst women these days is the illusion it creates. The corset tells you clearly that you do not have to own a perfect body to look like an hourglass. You do not also have to have a very flat stomach or a “figure 8.” Designers can masterfully make a dress that would flatter your curves and make you look like you went under the knife to get your body done. These days, women no longer wear corsets for the male gaze, as opposed to how it used to be when women had to wear corsets in a bid to satisfy the illusion of what a woman’s body had to look like. With this re-emergence, women no longer do that. They now wear corset dresses because they love and choose to wear them. The new wave of the corset as a fashion item continues to make a tremendous impact on modern fashion. Little wonder famous fashion brands like Yves Saint Laurent, and Tom Ford experiment with them every once in a while in their designs. They consider it as a great symbol of femininity.

The corset trend doesn’t seem like it is fading anytime soon; it has come to stay. More women keep on jumping on the train and embracing the body “perfection” that it gives. Thankfully, the modern-day corsets are made with a focus on creating an illusion without having to make the wearer uncomfortable. It is indeed beautiful to see that women have gained total freedom of choice on the way they dress as well as their body types.

Ijeoma Anastasia Ntada writes and reads poetry, fiction and nonfiction. She has a couple of poems published in the Love Anthology, The Ducor Review, Visual Verse, Praxis Review and other places. She is also a photography enthusiast. She takes beautiful photographs and makes them art. When Ijeoma isn’t studying to become a Medical Laboratory Scientist, you’ll find her talking about afro hair, femininity, and embracing all of her girlhood.