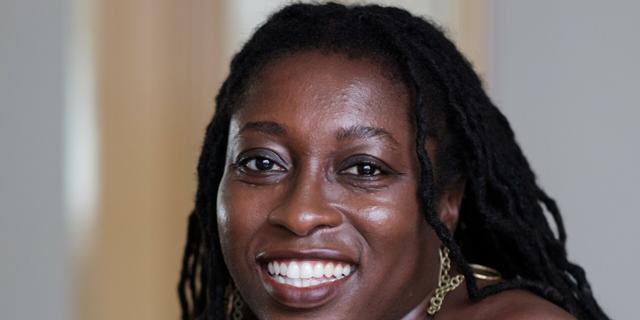 …many feminists have given their voices on different platforms, especially online, on Twitter and other viral social platforms on how women should be treated. Gender equality, more than ever before, is now a big thing…

Feminism was once widely perceived to be a plague capable of corrupting the minds of women. These anti-feministic views explain why many Africans do not support, and some are indifferent, about the concept of feminism. Feministic views as far back as the 60s when the second wave of feminism began, encountered vehement rejection, thereby losing its stance in popular, mainstream narratives. However, the last decade has graciously smiled on feminist activities and movements in Africa and other parts of the world. Over these years, many African women living in the continent have shaken themselves out of the dust of perpetual female domination by deliberately pushing and gaining substantial strides in the society in the areas of film, politics, literature, etc. As opposed to the belief that the place of the woman is behind the man, many feminists have given their voices on different platforms, especially online, on Twitter and other viral social platforms on how women should be treated.

New blog:
"There remains a long way to go in bridging the digital gender divide, creating safe spaces on online platforms and transforming the current capitalist and exploitative internet model into one that allows women to thrive and grow."https://t.co/QGtDWtGSX5

Gender equality, more than ever before, is now a big thing.

This fervid gender agitation has led to the establishment of blogs devoted specifically for issues that border around women. Some of these blogs have become prominent platforms where women seek healing, share their experiences, draw strength, unlearn cultural practices perceived to be rights-infringing, etc.

We curated a list of some of the most recognised blogs devoted to serving the course of women in and out of Africa.

Adventures from the Bedrooms of African Women

This blog is devoted to African women and their sexuality, and is acclaimed to be the most read blog on African women. The co-founder and the curator of this blog, Nana Darkoa Sekyiamah, has shown dexterity since 2010 when the blog started towards curating stories about women sexuality. Having served in many leadership roles such as the communications specialist for the African Womens Development Fund, Sekyiamah has shown her ability to easily associate with the emotions of women of different races all around the world. This informed her reason for writing stories that explore issues around the diverse sexualities of African women. Her book The Sex Lives of African Women is one that appreciates the sexual desires of African women, and empowers their mind to embrace their sexuality beyond stigma and religious fundamentalism which preventsthem from fully embracing their sexuality and living a truly liberated life. The book amplifies the uniqueness of individual women from across Africa and the diaspora, as women talk about their varied sexual experiences, abuse, desires, and fantasies.

This blog is a community that esteems women of African descent. It was founded by the Nigerian, Finnish and Swedish blogger, writer and speaker, Minna Salami. The blog connects feminists with contemporary cultural beliefs from an Afrocentric perspective. Since the establishment of the blog in 2010, there have been a ceaseless flow of data on women and their everyday lives. In her debut book “Sensuous Knowledge,” Salami effectively draws on Africa-centred and artistic traditions to establish new perspectives about life, and consequently implement new ways of experiencing the world afresh.

Speaking in an interview, Salami said that her writings are rooted in the consciousness of her being African and Nigerian, and that her identity as a woman is a catalyst that drives her towards empowering herself and other women to the greatest extent possible, the basis upon which the blog was established.

Another pro-feminist blog is MzAgams founded by the writer, lawyer and social entrepreneur, Lesley Agams. It features diverse writings about Agams’ lived experience as well as that of other afro-feminists. Agams, in an interview said her intention for creating the blog was to tell real life stories that would accurately depict and portray the life of an average African woman. The goal of the blog is to reach out to women through writing and to provide opportunities for people who are ardent supporters of the feminist movement but lack the platform to talk about their experiences. Agams has since been committed to bringing the voices of African women into the media space, and is indeed a change-maker, not only on the African continent, but also throughout the African Diaspora.

African Feminism was created by the Ugandan writer, blogger and activist, Rosebell Kagumire. This blog serves as a platform that provides detailed experiences of African women in order to cause a political, psychological and intellectual awakening. The stories and writings on this blog revolve around violence, sexism, classism and trends around women, and are written primarily to challenge the status quo and give expression to what women face. It also suggests how their lives can be enhanced.

Spectra Speaks is an afro-feminism media blog that centres on news, opinions and stories about gender issues, media and diversity as it has to do with African women and the diaspora. Its publications are change-driven interventions for ensuring that the lives and struggles of the average African woman is captured for the society so they can understand and associate with her pains, for the purpose of influencing society’s perspective about women.

Eyala was founded by Françoise Kpeglo to give voice to feminists from Africa. Through this blog, Kpeglo shares interviews of women who share similar perspective on gender equality and women rights. Kpeglo meets with different women as she moves from different countries such as Senegal, Morocco, Uganda, Ivory Coast, interviewing and harnessing experiences from African women.

This platform addresses issues of gender mutilation, gynocide, abortion, early marriage, sexism and other female-related topics. This platform, under the management of Nana Aisha Murtala, has written series of articles addressing the plight of women in Africa and other parts of the world. The goal of this blog is to show that inasmuch as women live in different parts of the world, and belong to different tribes and races, they suffer similar abuses and encounter similar experiences. It believes that writing about these struggles will bring encouragement to women and highlight solutions to these struggles.

HelloGiggles is directed at how women can lead a happier life by learning the basics on how to manage money, time as well as other areas of their lives. It provides professional advice to women of all race on lifestyle, work, money, raising children, career, etc. This blog was founded in 2011 by the trio of Zooey Deschanel, producer, Sophia Rivka Rossi; and writer, Molly McAleer. The blog has experienced an evident growth since inception. One of its mostly read pieces is on how women can defend themselves during sexual abuse.