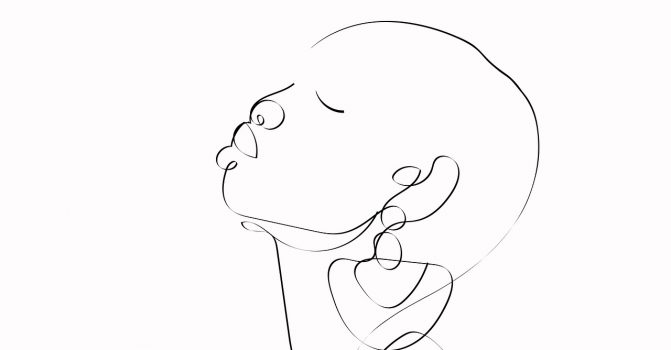 The smiles in the photograph I know now are just for show. There’s an indentation in the picture. I wonder what caused it…

I greet you tenderly and with circumspection, oh loved one in the night, beloved day, everlasting and forevermore. A deeper expression of my love can never be found. You didn’t completely confide in me. There was something about you that frightened me, and there was a growing concern for you on my part. I told you that you would build empires of gold. That you would master what I could not. I will always love you. I think of your hair as I twist and pull at it in my hands. It’s long and damp. I wish I had kissed you more when I had the chance and when it felt like I was floating on air. Now I recall those days with longing. Oh, I have never felt such a longing for you. Of course you don’t see what I see or remember what I remember. How powerful the light was in that moment and how its energy washed off both of us. Its aura enveloping us. You looked like any man would in a reclining position on the sofa, handsome is the word that I am looking for. I reach for you and you smile. It fills my heart. It captivates my soul, mind, body and spirit. Our words are soft and gentle.

I think of the other man with dark hair who comes to visit me, and who always smokes and I always feel I am interrupting his train of thought. He rushes through our meetings. We talk in circles but that is alright. He makes me feel safe. There is nothing between me and the dark-haired man. You see, there is a beautiful young woman in his life who is not me. In my own life, I must remain chaste for some reason. Don’t ask me why. How I long for you. How I miss those lazy afternoons filled with the warmth and sincerity of the sun. For both of you to come and see me. Did I make the wrong choice? I know the choice I should have made was to abandon myself to love, and I didn’t. At the last moment I turned my head away and now must live in terror. The dark-haired man is my friend. He wears “Days of Thunder” sunglasses. He smokes and drinks. I think he’s blocked me on Instagram although he’s told me his account got deleted by accident. I am in love with his intellect and his physicality. He has strong arms and legs. Sometimes my dark-haired friend will come and visit me, but my father will interrupt us. Mickey, the young man in question, says that there is nothing wrong with me but there’s a reason I am a recluse. I tell myself I have suffered. But there is already so much suffering in the world. What does my part in it matter so much to anyone, really?

The smiles in the photograph I know now are just for show. There’s an indentation in the picture. I wonder what caused it, and somehow with the afternoon gathering light in the corners of the room it feels as if I am nearing the end of my life. Something of the day is incomplete and found wanting. I feel worry and consternation, fear, anxiety and concern rising in the flush of my cheeks. A woman, I have decided, can never write like a man. I am caught in the tumult of indecision, and this is a cause for concern for me. Men do not want their women to be intellectual. Have you ever heard of a woman being intellectual, the outsider as beautiful or attractive? I haven’t. I asked my father this. He agrees with me. My brother concurs from the next room. I have never married. No one has asked me to marry them. My features are not as becoming or as lovely as my mother’s or sister’s. My hair is thick and difficult to comb. I have taken to relax it to make it more manageable. I am difficult. I live with anguish.

It’s the festive season. Another year has passed by quickly. I still feel that I have not lived, but what is living anyway? Is it not to love and to be told in no uncertain terms that you are enough? For a man to want to have a child with you, it is enough to put a ring on your finger. It is the height of summer. I wear sandals this time of year. The sandals are dusty and warm. I tell my mother she still looks young. This pleases her. Have I made her happy? I badly want to make her happy. As in other stories I have written, I take the place of the protagonist in the story. Lonely, frightened and sad looking, searching hard for love in all the wrong places. Always assuming it is the right fit. I never get tired of writing like this. I assume this position with that low level status happily. It’s a mean loneliness that is only surrounded by negative connotations. The unattractive have a sense of bewilderment in their surroundings. Some have the belief it will get better as I did in my youth. Those twenties and thirties that I have such a high regard for now. I think my personality remains unattractive. I am a highly difficult individual to live with. There’s nothing to live for, I say. “You have everything to live for,” the voice of reason and being and novelty persists. But I am a thinker and an intellectual and a woman. I have nothing to offer anyone for that matter, and the world seems so small. “Everybody matters. Everybody has a personality. Everybody feels small.” There, the voice says with a smidge of admiration, I have triumphed over adversity. The voice persists.

There is no escape from the wretched feeling of unease, depression, and unhappiness. The same feeling that took Woolf to the River Ouse takes me under. I am a solitary figure made of fern. Giraffes are very happy to eat leafy branches. I am willing to be these leafy branches. It is load shedding. The lights charged by the battery are on in the kitchen and passage. A rechargeable lightbulb in the lamp. I am less confident, and less sure of myself. I try to write letters. They call it correspondence. People do not write back sometimes. So I do not form relationships, cement long term friendships. I think of how your voice is distant in my memory now. How I still long for you to call. It’s been two, three years since I’ve seen you or even heard from you, but it’s the man with the messy dark hair’s voice inside my head. I play the tune inside my head as it flows and flows, gathering momentum like it’s an endless river. I know we’re not a match. We do not belong together. He belongs with the young girl he is with now. Someone to be eye candy on his arm with. They hang out at art exhibitions eating canapes and drinking red wine. I haven’t developed a taste for red wine or for that kind of lifestyle. I have never been drunk in my life. I never lost control like that. I enjoyed smoking. It made me appear less naïve. I liked the taste of cigarettes. The man who was briefly in my life had been so taken with me that he had spoken of marriage but perhaps he had been on a quest to find vulnerable women, I tell myself this. As a consolation prize, to make up for what I had been lacking. There had been chemistry but I had worried too much about my innocence and how guarded I was. He had an ease with which he reached for my hand or stroked my knee or massaged my back. His mouth tasted like honeycomb.

For a long time, the struggle within me has resisted this feeling that washes over me. Urgent release, relief that erases the feeling of despair, hardship, psychological neediness on my part. The city of Gqeberha saves me. It makes way for the sea. Its sad emotions and feelings hovers over the expanse of the day. This expanse, this shower, this effervescent burst of light, is extravagant. So luxurious it comes in waves. The sun is setting. The air has become cool. The rooms of the house feel as if one is being greeted by an air conditioner. I am always greeted by the sea. On my way home on the Translux from Johannesburg, my arrival was met by a parent and my brother, always my brother but the last time it was a taxicab that I didn’t want to pay for some reason. I had forgotten to tell my parents about my arrival so it was totally unexpected. I played a vanishing game for the most part in my siblings’ lives. And then, before long, they completely disappeared from my own life. The longing to have them in my life has never left me, and I’ve had to, for the most part, follow the solitary and difficult path of illness alone. It’s been my struggle, but I have achieved successfully the art of living. It has consoled me somewhat.

South African Abigail George is a Pushcart Prize, Best of the Net, Pick of the Month nominated, European Union Poetry Prize longlisted, Editor’s Choice poet/writer who believes in the transformative, restorative and healing powers of words. Abigail George’s latest book is “Letter to Petya Dubarova.” It was released by Gazebo Books (Australia). Novelty Fiction has released two of her books (most recently “The Waking”) in the Kindle format. She is a self-taught writer and poetry practitioner. She is busy writing a screenplay.