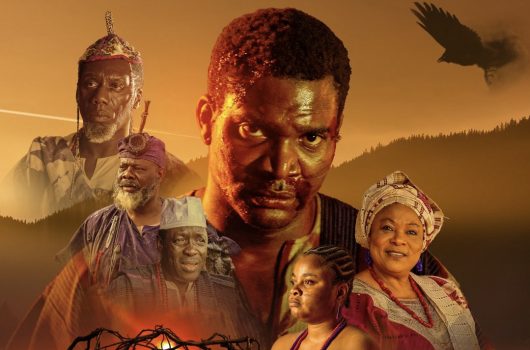 “Anikulapo” Review: Kunle Afolayan’s Latest Masterpiece is an Hour Too Long for the Unsatisfactory Act it Delivers

Anikulapo has potential but holds no compelling story. The movie does too little for the wave it comes with. While simplicity is gold, Anikulapo is one of those few movies where being simple isn’t just good enough…

Kunle Afolayan’s Anikulapo, an evocative film, starts in medias res. It is a simple storyline that absorbs a good amount of culture, alongside moral lessons about pride, greed, lies, and broken trust, amongst others. The movie gives a powerful illustration of the Yorubas in the 17th century—how welcoming they were, their polygamous style of marriage, art skills, and ancient folklore and traditions.

The film begins in the most captivating way possible, with a dead Saro being brought back to life by a mythical creature called the Akala Bird said to have the power of the resurrection. According to the narrator, when someone dies prematurely, the Akala bird resurrects them with its divine ability, but if the person’s time is due, the bird allows them passage to the great beyond. Saro’s attempt to tell the cause of his death to this bird gives us what looks like the story but is only a preamble that takes an hour too long to make its point.

The acclaimed KAP village, located in Igbojaye, Kumo, Oyo State, is seen at its peak in a preview of the location. The Kunle Afolayan family legacy is officially introduced to our screens as Eyiyemi Afolayan, the young daughter of the Nollywood filmmaker, as she makes her feature film debut with Anikulapo.

This makes Eyiyemi the third generation Afolayan in Nollywood, and a carrier of the Adeyemi “Adelove” Afolayan legacy. However, the movie goes beyond being a chance to appraise the dynasty by trying to change the face of Yoruba movies. It’s aesthetic, profound, and clear-cut.

Anikulapo follows the story of a protagonist, Saro (Kunle Remi), and deuteragonist, Queen Arolake (Bimbo Ademoye), whose meeting breeds more doom than love. Arolake’s first introduction is as the king’s youngest bride but who would later become the woman who makes and ruins Saro.

Saro, a travelling aso-ofi weaver from Gbogan, moves to Oyo in search of greener pastures. Just when it looked like he would be sent back, the guards let him in with open hearts. Saro is found by Awarun (Sola Sobowale), who makes his dreams easier as they start an affair. Awarun finds favour in him, gives him a job and shelter, and even further, a home and work site of his own. The relationship between Saro and Awarun comes off as proof of the existence of cougars and gigolos in pre-colonial Yoruba society.

The relationship soon goes sour when Saro develops an interest in Arolake and ignores Awarun. Arolake, a sad young woman, is described by her co-wives as “barren,” a misfortune probably caused by her intake of toxic herbs trying to escape her reality as an unhappy victim of the child bride practice.

(Read Also: Vaillante Review: The Lives of a Child Bride and a Young Activist Intertwine in UNICEF’s Important Miniseries)

At the point in the movie when Saro is killed over his relationship with Arolake, one is likely to believe the film is about to end, but it is way longer. The fact is the film starts where the preamble ends. The subplot tries to make sense of the quote in the movie that says, “In a verse of the Ifa’s oracle divination called the Idin’osun, a courageous child dressed in form of Akala, consults the oracle for the King of Oyo and tells him to make a sacrifice so his palace would not be razed by fire.

A disobedient child is one who hears the flutter of the wings of the dove in flight. The oracle is consulted for Saro, a friend of Elemele. Eventually, the protector becomes the sacrificial lamb.” And while it may make no literal sense, the viewer can see how the prophecy comes alive.

Anikulapo is one of those movies like 93 days that suffers from what we might call “the second half syndrome.” While the first half is good, it’s not half as intriguing as the second. The second half of Anikulapo holds everything that makes it a good watch: the moral lessons of greed, the regrets of decisions made, and the lack of contentment that leads to Saro’s doom.

The film is probably proof that sometimes, you are right where you ought to be. Not to discourage the pursuit of love and dreams, the conviction or chemistry between Saro and Arolake was not worth the risk. While the two actors were excellent and put forth great effort in portraying their characters, I was not drawn in. Even worse, the movie has a sex scene that was needless.

The nudity is unprovoked, a huge risk taken by Afolayan that eliminates the interest of many viewers. While the scene receives reactions from viewers, which is probably the intention of the director, as controversy is known to create publicity, the scene is a little too short for the ruin it causes.

The movie is rich in cast, most of whom are famous for their roles in Yoruba-themed movies like Adebayo Salami (King of Thieves), Dele Odule (Ghost and the Tout), and Taiwo Hassan, alongside others who make remarkable efforts towards the execution of their roles like Yinka Quadri, Fathia Balogun, Akeem Kae-Kazim, Moji Afolayan, among others.

While the film has captured the hearts of viewers, like many Nollywood films, it has its flaws —missed details, baseless scenes, and depthless dialogues. With the outrage from many Nigerians and a reaction post by Afolayan, over the Nigerian Oscar Association’s rejection of Anikulapo, I’ve come to realise one thing: many Nigerians accept the bare minimum from movies and assume it to be extraordinary.

Beyond the showcase of ancient infrastructure like clay houses, mud walls, and bamboo gates, or ancient lifestyles, like trading with cowries, the showcase of art skills, and small talks about slave trading, the movie does nothing remarkable that makes it a worthy nomination for the Oscars.

Although it follows a similar pattern as The Figurine, where mere mortals get hold of mystical powers, it’s nowhere close. Anikulapo has potential but holds no compelling story. The movie does too little for the wave it comes with. While simplicity is gold, Anikulapo is one of those few movies where being simple isn’t just good enough.

Anikulapo does well as a period movie but lacks a major ingredient a typical Yoruba movie should have—decency and proverbs. Native movies (movies acted in a particular native language and displays native customs) were always recommended by parents for the lessons, knowledge of one’s roots, proverbs, and wise sayings in them. This is something that makes Tunde Kelani’s Saworoide and Kemi Adetiba’s King of Boys everything Anikulapo fails to be. .

The dialogue is plain and holds no depth, making the role of the chiefs and mothers in the film non-substantial. Still, the adoption of the native Yoruba language (now spoken by mostly the Yorubas in the interior parts of the group) in the movie is a “plus” to the production team, alongside the wise decision to cast Kae-Kazim’s character to not speak a word.

In addition, the casting of the movie works perfectly as all the actors are placed in roles they successfully execute. The acting from the protagonist and deuteragonist is commendable, as they stayed on their A-game till the end. I love the scripting, too, and how the movie ends for both of them. Anikulapo is a fine movie, one we have anticipated for a long time. But while some people may say it had them wanting more, I just couldn’t wait for it to end. The movie was an hour too long for the unsatisfactory act it delivers.