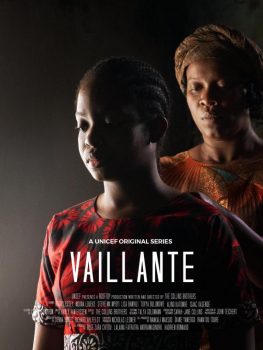 Vaillante Review: The Lives of a Child Bride and a Young Activist Intertwine in UNICEF’s Important Miniseries

Vaillante follows the intertwined stories of two female protagonists and their painful experiences with child marriage.

650 million girls and women alive today were married before their 18th birthday. 115 million of these girls live in Sub-Saharan Africa.

These are the words that appear at the end of Vaillante, UNICEF’s fictional three-part miniseries about child marriage. They are not surprising statistics. After all, legislators in Nigeria, Africa’s most populous nation, have made headlines for refusing to outlaw child marriage on cultural and religious grounds. But the series makes another important point: change comes from the people. And UNICEF, through this series, intends to reach the people. 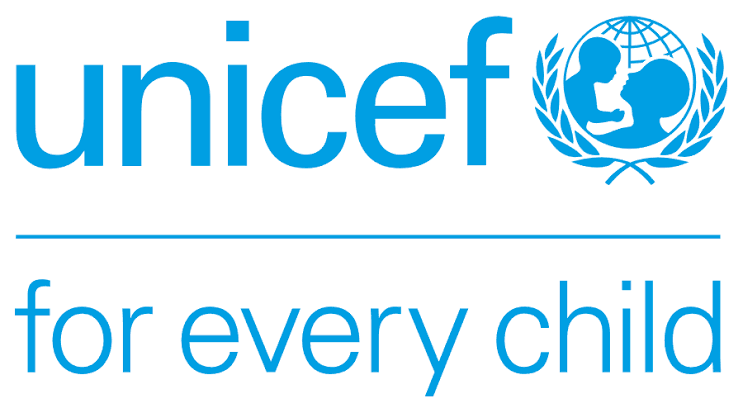 Set in an unnamed Francophone African country, Vaillante follows the intertwined stories of two female protagonists and their painful experiences with child marriage. On one hand, there is Adi (Mouna Loueke), a happy 14-year-old girl who is dedicated to her family, excited about education, and clearly working towards a future as a tech-sis. But as harvests decline and her family’s income withers, she becomes the sacrificial lamb of the family. Her father, Sekou (Steve Nk Mpoyi), decides that the best —and only— option is to marry her off to Manou (Isaac Kasende), a man who is, at least, double her age.

As brilliant as Adi is, whether she can continue to go to school or not will be a decision that only her prospective husband can make. And though she can make a radio out of wood, discs and the cover of a bottle, even her father does not think she needs school anymore. As far as he is concerned, being a wife and mother is her only future.

On the other hand, there is Sali (Maguy Essey), a young woman who runs “Speak Out,” a blog dedicated to child marriage activism. Initially, she searches out child brides and helps keep them in school by informing their parents about better options available to them. But after an appearance on a radio show draws her into the limelight, child brides begin to find her, instead. And with the help of her friend, Esta (Dominique Pouna), she wastes no time in finding the girls and fighting for them.

When we first meet Sali, she is skipping her graduation to interview a mother whose underage child died during childbirth. It is clear from the start that this is her life’s mission, and though the backstory behind her passion is one that we have to watch unfold over three episodes, the screenplay wastes no time in setting her on the right path.

On the night of her graduation, she meets DJ Daniel Okoro (Alino Katombe), a radio presenter who claims to want to see positive change in their country. He talks about tough issues on his radio show, and he is interested in what she has to say. But she soon learns that, like many celebrities, what he really wants is a controversy for publicity sake. And through his contributions to the story, the series briefly explores the exploitation of important social issues as publicity stunts by celebrities.

Then there is Adi’s mother, Fatima (Lisa Bamvili). She merely plays a supporting role in the series. Yet, she is a woman with a similar tale. Once a child bride herself, she has lived through the ordeal that her daughter now faces, and she has found a way to survive. In Vaillante, Fatima represents so many African mothers who have been socialised into silence and submission, denied the opportunity to be something more, and forced to accept unliveable conditions as the only option.

With no say in Adi’s fate, Fatima assumes the job of convincing her daughter that being married off at the age of fourteen would not be as bad as she thinks it will be. She is the one who has to encourage her daughter to submit to a destructive path and who has to broker peace between her husband and her children by pleading with them to bend to his wishes even if his wishes are not the best for them. She is the one who has to keep the family together, no matter the cost. 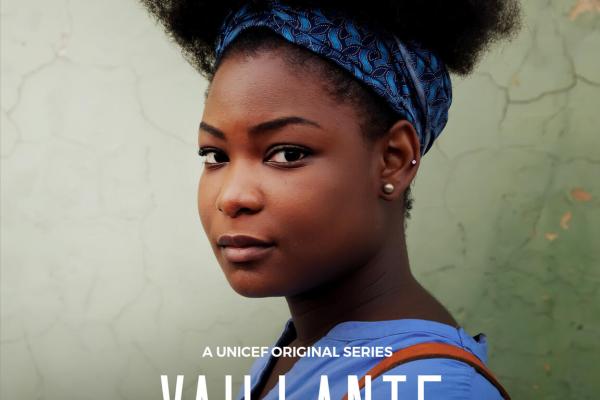 Fatima’s situation and that of her children speak to the additional problems of patriarchal and parental tyranny as well as the issue, in Africa, of tyranny and ignorance masquerading as the culture of respect. The concept is put on show early, the first instance being Sali’s appearance on Daniel’s radio show.

A community leader calls in to air his views on child marriage. He denies the existence of child marriage, despite it being clear that the practice is widely accepted in the country. And then he insists that even if it does exist, “Daughters need to submit to their father’s wishes no matter what,” and that “It’s disrespectful to suggest that a father doesn’t know what’s best for his family.” This last part of his little speech becomes a recurring sentiment.

It is what Sekou holds on to even as he sacrifices his daughter as a solution to his family’s financial woes. And when Fatima needs to convince her son, Boubé (Tovya Bulundwe), to betray his better judgment and bend to his father’s wishes, all she has to do is to resort to the same sentiment: “Honour your father.”

The truth is that for many of us who are able to watch and are interested in watching this series, there is very little that is news to us. It’s not as if the series digs too deeply into the harrowing realities of child marriage. There are more disturbing consequences of child marriage than the series explores, and it even shies away from showing too much of the forms of abuse that it features. People who are not already convinced of the evils of child marriage might not be any more convinced by this film, either.

But between the statistics it provides and how it portrays just how normalised child marriage is in communities in Africa, Vaillante succeeds at exposing how pervasive this child marriage pandemic is, and how little it is being talked about in many African communities.

What Vaillante is, is an important piece of edutainment. The acting is not the strongest it could have been, but it isn’t the weakest, either. And the makeup department doesn’t quite get the job done when it tries to age up the characters. Yet, even with a total running time that slightly surpasses two hours, the series is never a bore. And despite the direness of the subject matter, the filmmakers opt for a hopeful mood as opposed to one of melancholy. Adi’s depressing situation never breaks her optimism. And regardless of the reactions Sali gets from audiences, she never loses hope, ever motivated to keep fighting.

UNICEF’s series will not end child marriage. And, like Sali, it may not even convince the people in power to change cultures and traditions that encourage child marriage. But like Sali, again, it can get the outcome it hopes for. It can get more people to pay attention and notice how pervasive the problem is. And if it is well publicised, Vaillante can accomplish that important first step in arriving at a solution to any problem: it can inspire more people to speak up.