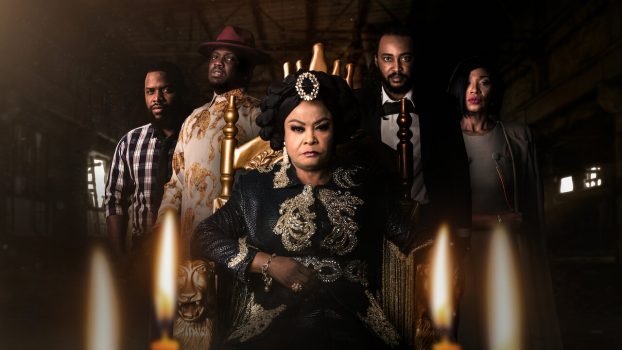 Movie Review: Kemi Adetiba’s “King Of Boys: The Return Of The King” Is Enjoyable, But It Lacks Bite

King of Boys, Kemi Adetiba’s crime drama, made great impact on Nollywood when it was first released in 2018. It was by no means flawless, but it was groundbreaking (at least by Nollywood standards) and scored huge numbers at the box office. It was no surprise, then, when Adetiba announced that the movie would not only be having a sequel, but that said sequel would be converted to a limited series. 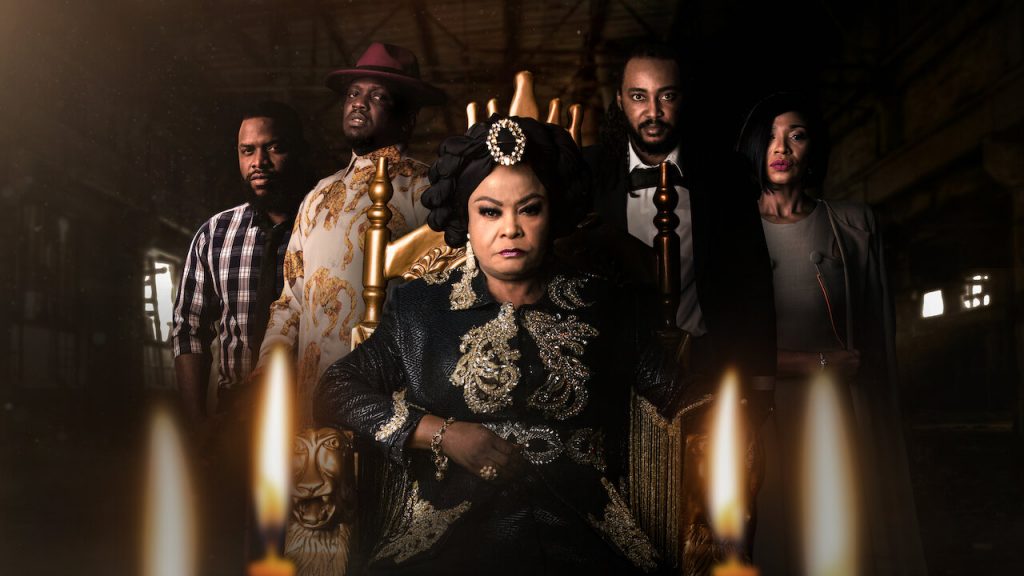 The sequel is set five years after the events that played out in the first film. Alhaja Eniola Salami (Sobowale) returns to Nigeria after being cleared of all allegations against her. She expresses her desire to run for the office of Governor of Lagos State against the sitting Governor, Tunde Randle (Frank), and without the backing of her former godfather, Aare (Lewis). Jumoke Randle (Ikpe-Etim), the First Lady, acts as a thorn in Eniola’s flesh. Meanwhile, her position as city kingpin is being threatened by Odudubariba (Charly Boy) who is laying claim to the throne, and Dapo Banjo (Iwara), a journalist who is working overtime to expose her earlier crimes and her links to the underworld. There are also several old and new enemies out to get her.

If this sequel could be described with one word, it would be “paradox”. In almost every department where this film excels, it also finds a way to falter. From the plot to the themes to the acting and even the wardrobe, there is almost always an oversight.

From the first episode, the effort to be deliberate is evident. For many Nollywood skeptics, there were concerns as to whether the sequel would be able to properly deal with the loss Eniola experienced in the original film. Clearly cognizant of this fear, the series opens with a glimpse into Eniola’s grief, handling it with an impressive level of care. Even after five years, Eniola’s loss of her children in the original is not taken lightly in the sequel. It affects almost every action she takes, weighs on her mental health, and sets the stage for the remarkable internal conflict that Eniola struggles with for most of the series. Eniola who once referred to herself as “Laburu, God’s worst punishment in a person” is now torn between seeking God’s redemption and unleashing hell on her enemies.

Beyond dealing with Eniola’s grief, the series is also intentional in its attention to detail, from Eniola’s search for the graves of her children after being absent for years, to the dust she has to clean off from the headstones, the epitaph, and the dried leaves on the grave in the very first episode. Unfortunately, the editors get to make a few rookie mistakes: in the same first episode, a nurse appears to type on a computer that seems to be in recovery mode, and in every episode where Sade Bello (Ighodaro) appears, you wonder how she hosts every KAV TV show – regardless of the nature of the show – and still does the fieldwork.

A repeated motif in the franchise is its stance in opposing gendered stereotypes, but this time, more attention is paid to the reality of how societal gendered expectations can affect women in politics. Everybody is playing dirty politics in this series, but the women are not subject to the same rules. Besides Eniola, the other women involved in politicking – Jumoke and Chief (played by Ajai-Lycett) – are only held out as “the dedicated women behind their successful men”, even if they are just as capable of playing dirty as every man in the series.

In Eniola’s case, she faces a unique difficulty. Her campaign team tells her that she needs to pretend to be getting married soon to increase her chances of winning. Even after being city kingpin for many years, Odudubariba’s insistence on calling Eniola “Woman” rather than by the name she has made for herself symbolises how easily and frequently a woman’s achievements are belittled even after she has earned her stripes.

In addition, despite its intentional efforts to place women at the centre, King Of Boys: The Return Of The King still stays true to reality: women are barely represented or even accommodated in politics. However, the movie drops the ball in an unexpected manner when it fiddles with the “wicked mother-in-law” sub-trope: Chief, the Governor’s mother, considers Jumoke an asset but is still unpleasant to her for some unclear reason. While such women do exist, it feels like a betrayal from a franchise that has been largely trusted to shun the gender-based stereotypes that bedeviled Nollywood in the early 2000s.

Similarly daring, but toeing a different path from the original, is the miniseries’ staunch refusal to propagate the warped idea of karma that (old) Nollywood generally insisted on: in reality, people get away with evil, and people suffer for their good. Protagonists, especially women, do not always have to be redeemed even if they try, because, in real life, many people do not care to be saved while others try and fail, as illustrated in Francis Ford Coppola’s The Godfather 3.

King Of Boys: The Return Of The King keeps you interested with compelling power tussles which we could have used more of, fashion statements that are trend-worthy but many times too foreign, and plots that tie in neatly with the original film (except when a man who died in the film is brought back to life in the series with no cogent explanation). Per the music, the beautifully curated soundtrack, particularly the music that heralds Eniola’s presence, does not have any notable flaws.

In terms of the acting, the series again gives with one hand and takes back with the other. Sobowale gracefully balances her new conflicted self with the charisma, charm, and ruthlessness that characterised her earlier performance, but the overstretched pauses in her speech almost taint the beautiful job she does here. Toni Tones is even more excellent than she was in the first film, perfectly embodying the Eniola we were first introduced to. Reminisce and Ill Bliss are given less to work with than we saw in the first King Of Boys but they keep their heads above water with apparent ease, Aare is still the lovable unsympathetic villain. Among the newcomers, Ikpe-Etim makes her mark the moment she walks into the Governor’s office, and her feisty face-off with Eniola at the negotiation table is lovely to behold. Charly Boy projects his real-life persona onto his character, and it actually works. Mofe-Damijo shows his range with how easily he fits into a role that is very different from what we have become used to, and Jide Oyegbile (who plays Bolaji) makes quite the impression with so little screen time. However, the rest of the cast is hardly convincing, and the extras usually feel out of place.

With respect to the plot, the miniseries shows promise for the first two episodes, but before long, plot development is sacrificed in favour of suspense (or the feeling thereof). The core plot, Eniola’s race for governorship, is given due attention and proper development. But the subplots, especially those revolving around the preservation of her status as “king of boys”, as well as the role of the table in her race for governor and Dapo’s pursuit of the truth, are either unconvincing or inadequate.

It is particularly annoying that the series barely learns from its predecessor’s mistakes. Like Gobir (Sambo) before him, a target is put on Dapo’s back without a corresponding sense of fear. In a bid to create suspense and plot twists, the film fails to fix some gaping plot holes. This time, we are bombarded at the end with sequences that leave us wowed but unsure about too many things: when did Eniola find out about Aare’s involvement? If she knew the entire time and only sacrificed an innocent person to secure her plans, why did she have to struggle with the internal conflict that played out in her head? In one instance, we have to painfully watch a source inform a journalist that Gobir is now the chairman of the NCCC (the film version of the EFCC) – information that is public knowledge and should be shown rather than told. The impression created is that The Return of the King is unsure of the intellectual capacity of its audience.

The movie tries too hard to create the element of surprise, playing a boring game of hide-and-seek with the introduction of the characters. Too many phone conversations take away from the visual appeal of watching events play out, a good number of scenes drag on for too long, and the resolution of the sub-plots is patchy in many respects.

In spite of all its flaws, King of Boys: The Return of the King deserves commendation for its fresh takes on societal issues and its brilliance in fictionalising the harsh realities of Nigerian politics. But it buckles under the pressure to be suspenseful and masterful, and sentiment is the only reason its flaws are forgivable. Like the new Alhaja Eniola Salami, this sequel barks more than it bites.