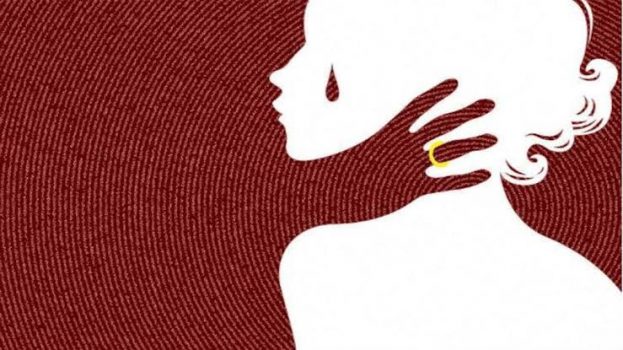 Why does Nigerian Law Fail to Criminalise Marital Rape?

While the UK and African countries such as South Africa, Malawi, Rwanda, etc., have rightfully taken steps to criminalise the act of marital rape in their legislations, Nigeria remains one of many nations that have sadly failed to follow suit, retaining the bygone position of her past conquerors that continued consent to sexual activity exists within a marriage, rather than amend her laws as England has done.

During the pre-colonial era, various parts of Nigeria possessed their heterogenous methods of governance, which were fundamentally derived from their cultures, traditions and distinct systems of belief. However, following the lengthy endeavour that was concluded by the amalgamation of the Southern and Northern regions of Nigeria in 1914, by the British conquerors, Nigeria, as a colony, was compelled to integrate UK legislation into her legal system.

Many years after Nigeria’s independence, English law remains one of the major sources of Nigerian law, despite the disturbing fact that several of these English Statutes which remain in force in Nigeria, have been amended or repealed in England.

The law on marital or spousal rape is one of such examples.

Marital or spousal rape, according to the definition proffered by Black’s Law Dictionary, is “a husband’s sexual intercourse with his wife by force or without her consent.” The obvious issue with this definition is the implication that, in a marriage, only a wife can be raped by her husband, which is, perhaps, based on the outdated perspective that a man cannot be raped. A preferred definition was offered by Taroo Ayua in a 2019 article where it was stated that marital or spousal rape is the sexual intercourse with a spouse, without the consent of the spouse, or where the consent was acquired through force, violence or the threat of such.

In the UK, up until 1992, forced sexual intercourse or sexual activity of any kind within a marriage was not criminalised. As a matter of fact, there existed no written legal source pertaining to marital rape until 1736, when Matthew Hale, a former Chief Justice of the Court of King’s Bench, stated that a husband cannot be guilty of the rape of his wife, on account of “the matrimonial consent which she has given, and which she cannot retract.” Thus, a wife was believed to have pledged her continued consent to sexual intercourse throughout the duration of the marriage.

However, the 1991 case of R vs R saw that marital rape was finally made a legal issue and criminalised in England. On this matter, Lord Emslie stated: “Nowadays, it cannot seriously be maintained that by marriage, a wife submits herself irrevocably to sexual intercourse in all circumstances.” It was decided that marital rape is not only applicable to married couples, but also to those who cohabit without being married. Still, as stated in a 2021 article by Noble Solicitors, women in the UK cannot be charged with the offence of rape, as the act requires penile penetration. Nevertheless, they may be charged with lesser offences such as sexual assault, sexual coercion, etc.

It must be stated, however, that Nigeria’s failure to criminalise marital rape cannot simply be attributed to British influence in her laws. One thing that various tribes of this country would agree upon, in spite of their diverse cultures and systems of belief, is that, like property, a woman belongs to her husband. This can be seen in traditions such as in the payment of a bride price which arguably implies that a woman can be bought by or sold to a man, like chattel.

Also, as Adelanwa Bamgboye highlights in a 2020 article, the concept of spousal rape is simply foreign to many cultures in Nigeria, and goes against the belief that matters between a husband and wife must be addressed within the privacy of their home and without public or government interference. It is, perhaps, for such reasons, then, that rape within a marriage simply cannot be recognised or acknowledged in Nigerian legislation.

Furthermore, rape under Section 357, the same Act is defined thus: “any person who has unlawful carnal knowledge of a woman or girl, without her consent, or with her consent, if the consent is obtained by force or by means of threats or intimidation of any kind or by fear of harm, or by means of false and fraudulent representation as to the nature of the act, or in the case of a married woman, by personating her husband, is guilty of an offence which is called rape.” Similarly, Section 282 of the Penal Code criminalises the offence of rape but fails to acknowledge that the act can be committed by a woman or one’s spouse.

These laws evidence the unfortunate position of Nigerian legislations on the matter of marital rape; that a married man is exempted from committing the offence of rape, so long as the victim is his wife, and that a woman cannot be charged with the offence of rape at all.

More recent legislations across the country, such as the Violence Against Persons (Prohibition) Act (VAPP) of 2015, which was enacted to provide improvements to the existing legislations on sexual violence and other forms of violence against women and children in the country, acknowledge that men and women alike, can be guilty of committing the offence of rape and thus, may be charged with this offence. Nevertheless, the law remains disappointingly unwilling to criminalise rape within marriage, as its provisions for the crime of spousal rape are non-existent. It is also not applicable in all jurisdictions in Nigeria, predominantly operating in the Federal Capital Territory.

Nigerians, as a people, are, for the most part, religious. Thus, it is no surprise that their religious beliefs are reflected in the laws that are enforced in the country. Islam, which is one of the major religions in the country, recognises the issue of marital rape but only under certain circumstances, such as: when a husband initiates sexual intercourse with his wife during her menstrual period, or during the fasting period of Ramadan, or in abnormal sexual positions. Additionally, spousal rape may also occur when a husbands, using violence, forcefully has sexual intercourse with his wife, or when a husband who has contracted a contagious illness has sexual intercourse with his wife. Thus, the fact that women are capable of rape is again neglected, and spousal rape will not be recognised if it has not transpired under these conditions.

The viewpoint on marital rape in Christianity, another major religion in Nigeria, is derived from scripture, specifically 1 Corinthians 7:4, which states that “the wife does not have authority over her own body but yields it to her husband. In the same way, the husband does not have authority over his own body but yields it to his wife.” Thus, many Christians in Nigeria hold the belief that marital rape, under their religion, is, essentially, non-existent. Nevertheless, it has been argued in a 2021 article by Got Questions Ministries, that this scripture is far too often misinterpreted. The Christian God does not condone the violent act of rape, within and without a marriage. Sexual intercourse was designed by God to be performed as an act of love within a marriage, and thus, selfishness, violence and coercion should never be a part of this act. The Bible, after all, advises husbands to love their wives, in Colossians 3:19, and counsels affection and mutuality within the bounds of sex.

Rape, within and without marriage, is a terrible act against a person, fuelled by the deplorable desire to degrade, humiliate, overpower and subjugate. The effects of rape on the victim are often damaging and may last for a very long time. Thus, Nigeria’s failure to criminalise such an offence is unconscionable, unprincipled and unjustifiable.

Nigeria’s reluctance to recognise marital rape as a legal issue and prescribe appropriate punishments for the perpetrators of this crime implies to the victims that such an offence against their person is acceptable on account of their marital status, and there is no recourse for them. As Ayua states, it also emboldens would-be perpetrators, as there exists no legal retribution to serve as a deterrent. Thus, victims of spousal rape in Nigeria continue to suffer in silence, as the Law ignores and stifles their voices, and culture encourages their continued tolerance of and resignation to the situation.
This terrible failure to criminalise sexual violence in a marriage arguably encourages other forms of intimate partner violence as evidenced in the high prevalence rate of sexual, physical and emotional violence by a partner, and the underreporting of marital rape cases in Nigeria.

The legislative arm of the Federal Government of Nigeria should make progressive efforts to amend and perhaps repeal existing laws on sexual violence against a person, and enact new legislations which criminalise marital rape and set out appropriately severe punishments for perpetrators.