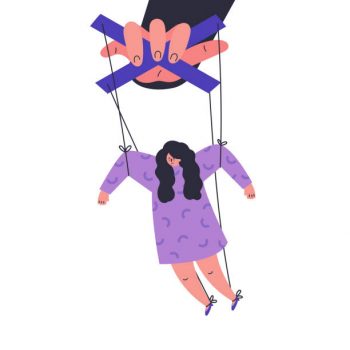 Do Religious Contexts of “Submission and Obedience” Breed Problems Within Marriage?

Such teachings on submission and obedience, arguably, reinforce traditional gender roles which cast the wives as subservient homemakers and caretakers, while granting the husbands authority over the wives, consequently encouraging male domination of women within the marital space…

One of the definitions of the word “submission” in the Cambridge Dictionary is: “the act of allowing someone or something to have power over you.” The Collins Dictionary defines the word as: “a state in which people can no longer do what they want to do because they have been brought under the control of someone else.” Thus, one who submits to another, recognises the other as superior, and consequently yields to their authority.

In the Nigerian society, its nature, perhaps, as religious as it is patriarchal, a certain controversial Biblical scripture appears to govern the institution of Christian marriage: Ephesians 5:22-24, which advises wives to “submit yourselves to your own husbands as you do to the Lord. For the husband is the head of the wife as Christ is the head of the church, his body, of which he is the Saviour.

Now as the church submits to Christ, so also wives should submit to their husbands in everything.” Whereas in Islamic marriages, the title of “protector and maintainer of the wife” is bestowed upon the husband. His obligations, thus, includes leading the household, and hers, obedience to her her husband.

Such teachings, arguably, reinforce traditional gender roles which cast the wives as subservient homemakers and caretakers, while granting the husbands authority over the wives, consequently encouraging male domination of women within the marital space. And there can be no denying that an ideology such as this is exceedingly dangerous as it not only permits male entitlement where women are concerned, but also emboldens perpetrators and would-be perpetrators of intimate partner violence (IPV).

Authors Julia Baird and Hayley Gleeson, in agreement with this notion, highlighted in their 2018 article, the findings of a 2015 study published in the Lancet, which revealed that a strong predictor of IPV was “environments that support male control, especially norms related to male authority over female behaviour.”

In 2018, Benebo, Schumann and Vaesghasemi published an article in which reports from the Nigerian National Population Commission were highlighted. These reports claimed that the estimated lifetime exposure of women to IPV from their current husband or intimate partner was at 14% for physical violence, 5% for sexual violence, and 19% for emotional abuse.

Furthermore, following studies conducted in different regions in Nigeria, it was revealed that the prevalence of IPV ranged from 29% in the South West, 42% in the North, 41% in the South South to a terrifying 78.8% South East.

Though IPV cannot be attributed to religion alone, in a country where Christianity, Islam and traditional religion are the three major systems of religious belief, can it truly be argued that religion hardly plays a contributory role to such violation of women by their own husbands? Where a Christian man believes that his wife is obligated by God, Himself, to submit to him, as she would to the Lord, and a muslim man is told that he is the authority over his wife, can inequality and gender-based violence truly not be expected within a marriage, especially if a wife were to act in a manner that appears to go against such teachings?

Agbonkhese and Onuoha claimed, in a 2017 article that male perpetrators of IPV in Nigeria hold a traditional belief that the beating of wives and children is simply a method of discipline. Therefore, can it not be suggested that a religious man might employ such doctrines in his justification of his abuse against his wife?

According to Baird and Gleeson in their aforementioned article, nowadays, a rising number of psychologists, welfare workers as well as counsellors are reporting that abusers often point to the idea of male headship to permit violence. Teetah, in a 2019 article, claimed that even the much revered religious leaders in Nigeria were capable of IPV themselves, making mention of a case in which an Islamic cleric allegedly raped a 16-year-old girl, but argued that she was his wife, as though this fact allowed him such rights over her person.

In May, an article by Sahara Reporters revealed that a pregnant woman was being constantly abused by her husband, a pastor in Kwara State. In June, a story by Punch carried the news of an Akwa Ibom General Overseer who beat wife to death over an alleged infidelity. Unfortunately, there exist much more of such examples.

A number of Nigerian men have been observed to adhere to the idea that a man is the head of his wife. On Twitter, for instance, where many voice their thoughts and share their opinions, several tweets by Nigerian men have evidenced this claim, some of which include the following:

Aunty, try dey relax sometimes. Can women lead? Get a dick first before you think of leading anyone

A man leads, wife follows.
You earn 1.3, you go rent house of 1.2, no be craze man be that?
Moreover, if you put eye for that 6 mil, I'm sorry to tell you this, na the beginning of the end for that marriage.
If you need from women, you go know say you no be their responsibility.

Men are the head of the house so they have powers over every other person and everything in the home. Going to fight the barber was where he went wrong.

Another tweet captioned: “Rules and Regulations my friend gave his wife,” included a list of demeaning conditions for a wife’s return to her matrimonial home, including “greetings to your head of home must be with proper home manner and regard,” and an insistence that the husband’s decisions are never openly challenged.

Many Nigerian women have agreed with this idea, reverting to prayer and forgiveness as a response to domestic abuse, which, as Teetah claims, is also encouraged by their religious leaders.

Nevertheless, numerous Christian authors have argued that the meaning of “submission” from the controversial verse of the Book of Ephesians is often misinterpreted and misunderstood by many, especially the men who would use it to justify their own immorality and sin.

In a 2020 article, Solomon Buchi argued that the Biblical meaning of “submission” did not entail the complete surrendering of a woman’s will to her husband as the superior authority. The author reminded readers that in its original form, the Bible was not written in English. The Books of the New Testament were written in Greek, and the translation to English caused some words to be replaced by others. According to the author, the original Greek word which eventually became “submission” was hupotasso, meaning “to get under and lift up, or to put in order.”

Thus, the Bible did not intend subjugation of any party within a marriage, but rather, a wilful deployment of a person in service to their spouse.

Rev. Dr. Toornstra also pointed out that within a marriage, submission was not solely the duty of the wife, but also the husband, and that in order to honour the word of God, one was never permitted to abuse his or her spouse. Willis also claims that the modern day interpretation of this word is faulty, and he goes on to offer four points to consider, including: “the goal of submission is always unity” and “in God’s plan of submission, men are actually called to submit more than women.”

Similarly, Nada Ibrahim argues that in the same manner which the words of Ephesians 5:22-24 have been misinterpreted, Verse 4:34 of the Qur’an has also been misunderstood. According to The Islamic Society of North America, contrary to modern day practice, the employment of violence and coercion as a tool of control within a marriage is unacceptable in Islam. Marriage in Islam entails tranquility, protection, peace and comfort. Thus, abuse in all its forms is in contradiction with the principles of an Islamic marriage.

If indeed these claims by religious authors (that religious texts do not sanction and should not be used as a means of enforcing male dominance and consequently, abuse, within the marital sphere) are to be believed, then, perhaps it is in the best interest of “believers” that their religious leaders clarify such things in their preachings, that IPV is no longer concealed by religion, that religious women are no longer encouraged to put up with abuse in the name of forgiveness, obedience and submission, and that perpetrators are held accountable, their punishment severe enough to serve as a deterrent for would-be perpetrators.