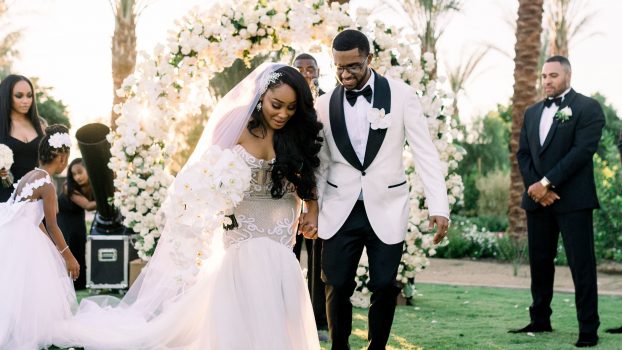 Has The Concept Of Tolerance In Marriage Become Old-Fashioned?

Many people believe that there is a higher divorce rate now than was the case in the past. This assertion is usually not backed up with any facts or figures when made. The supposedly rising divorce rate is widely regarded as one of the perils of the post-modern era. On the other hand, there are those who believe that things are no different from the past. This group claims that the advent of social media and access to information is responsible for the perception that there are more divorces now than in the past. They argue that we are just more aware of how frequent divorces are; the rates have not necessarily increased.

What really, then, is the true state of things? Do we have more divorces now than we did in the past? If so, what are the reasons for it?

In the 80s, the divorce rate in the United States was 50% but reduced to about 45% in the 2000s. Thus, there was a 5 percent increase rate in the number of people willing to stay in a marriage. However, it would be inaccurate to conclude that the rate of divorces declined within the period in review. This is because what is seen as declining divorce rates is actually falling marriage rates. A lot fewer people are getting married, hence fewer people are getting divorced. A report affirming this revealed that the number of couples who choose to cohabit rather than marry has increased dramatically, with the number of cohabiting couples rising to 4.9 million in 2002, compared to just 500,000 couples cohabiting in 1970. For Africans in general and Nigerians in particular, robust statistics of this nature are hardly available. However, even the meagre statistics available reveal that divorce rates have been climbing in recent times. Records from the High Court of Nigeria’s Federal Capital territory revealed that about 2, 000 divorce cases were filed between 2019 and February 2020. Part of the reason there is insufficient data on divorce is because many couples that seek to split do not see the dissolution of marriage to its legal conclusion. According to research by the Vanguard, just about 0.2% of men and 0.3% of women have legally finalised their divorce. This is attributable to various factors. The first is that many marriages in Nigeria are conducted under native law and custom, putting them outside the purview of matrimonial proceedings in a superior court of record. Furthermore, the bureaucracy associated with divorce has contributed to making that option unpalatable for many people. For instance, the law prescribes that the sole ground for the dissolution of a marriage is that it has broken down irretrievably. Thus, the petitioner must show that the couple has lived together for at least two years, prove their incompatibility, and exhibit a strong desire to end the marriage. The court could even order a ‘cooling’ period – the three months between the decree nisi and the decree absolute – within which the couple has the opportunity to work out their differences. These judicial bottlenecks make divorce an unpopular choice. Hence, couples either ‘endure’ the marriage, tolerating each other, or just unofficially separate and live apart.

In an article published by the HuffPost, the top 10 reasons given for divorces by a poll of 100 global experts include: getting in for the wrong reasons, lack of individual identity; not having a shared vision of success, lack of intimacy; unmet expectations, differences in priorities and interest, and inability to resolve conflicts. According to another report curated by the Insider, lack of commitment is the main cause of divorce among couples, followed by infidelity and incessant conflict. Unfortunately, an equivalent statistic for Nigeria is not available.

After speaking to a pool of young people, I found that a good number of women see cultural shifts in trends and patterns as the reason for the high divorce rate. Nigeria is a deeply patriarchal society, and the current tenor of our customs prioritizes the interests of men over those of women. Furthermore, the concept of female submission is an integral part of Christianity as well as Islam, ultimately placing men on a higher pedestal.

For years, women were indoctrinated to toil under the “headship” of the man. However, times are changing.  Access to education, greater socioeconomic empowerment and the winds of feminism have not only enlightened women about their rights, but have also provided them with a low threshold for male chauvinism.

This generation of women did not inherit the silence of their mothers. They are largely inclined to walk away from relationships that they find disempowering. Where the line is drawn varies from woman to woman, but many women are (rightly) intolerant of physical violence.

“If anyone beats me, I am locking him up, straight up”, says Jane, a young woman who holds the view that domestic violence is a dealbreaker in romantic relationships.

A corollary to the above is the reduced social stigma that trails getting a divorce these days. Although there are still vestiges of bias in the treatment of young divorced women, face, the cloak of shame has long been ripped apart. Upwardly mobile women are no longer scared of being single well into their thirties. In the wake of reduced social revulsion at divorces, people now find it easier to take a walk when things get ugly.

There is also more awareness about the process of getting a legal divorce in Nigeria. On the record, in the instances where people found an easy route to getting out of marriages, they often took it. For instance, prior to the enactment of no-fault divorce laws in the United States, it was harder to get a divorce, and thus only the most dysfunctional marriages ended in a divorce. However, with the introduction of no-fault divorce laws, there has been a marginal increase in divorce rates in the country. For Nigeria, increased awareness about the recourse an aggrieved partner can take to end a marriage has possibly upped the divorce rate in the country.

Be that as it may, would it be a reach to query if our values are changing? What exactly is wrong with tolerance, compromise, and submission, and why does it seem like today’s young people have problems with them? Are they indeed stifling, or do we just lack the will to commit to them? What do we refer to as being “enlightened”? Is there a chance that said “enlightenment” might just be a cute way to describe a pervading lack of tolerance, an inability to compromise? Of course, it is wrong to saddle one party with the responsibility of having to compromise or acquiesce to the wishes of another at all times. That said, there is no denying that for any successful partnership to work, both parties have to take and give. At the moment, it appears that the present generation struggles to muster the key ingredients for tolerance and mutual compromise. This raises important questions regarding the future of marriages.