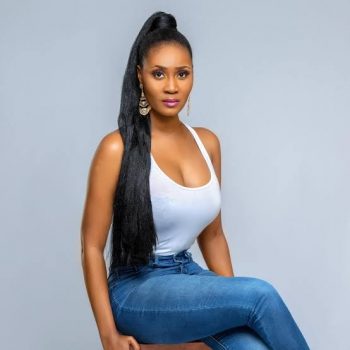 Toni Tones’ “Tins I Love” Is a Titanic of Rhythms

With “Tins I Love,” Tones takes on a different adventure, away from her box-office successes, to show everyone that life is indeed a playground. And nobody should be taught how to play…

Have you ever held a flower up to your nose and smelled its fragrance? Have you ever looked at the skies and wander in thoughts of sanguine wonder? Have you ever admired the beauty of things like the thunder? Art is complex. And sometimes its effects are instant. You feel its sweetness, its magic, and its groove rushing at you. It is the same way it does with Toni Tones’ just-released EP dubbed, “Tins I Love.” Within four tracks, the enigmatic singer spins a universe where free-form rhythm, sensuality, and romantic love are the rule of law.

Toni Tones is a woman of many talents. Born Gbemi Anthonia Adefuye, the 34-year-old stumbled into the entertainment world as a fashion photographer while schooling in London. Still, at the time, she was wide-eyed at life, eking to become an actress, and also shuffling an underground life as a singer. She lived, breathed and ate from art. She still does, only with much more fame and critical acclaim, thanks to her box-office successes with flicks like “King of Boys,” “Gidi Up,” “The Smart Money Woman,” amongst others. Now, she returns again with a soundpiece that seems more of an offspring of adventurous yearning than a serious career-switching project. For Toni Tones, she seems to prefer the life of a juggler, without the stressful gaze of extreme public attention. Her art is for her, and also for you, in a way.

“Mad Over You/ Crazy Over You (Don’t Loud It)/ Anything We Do (Don’t Loud It).” The EP begins with a closure-seeking conversation between Toni Tones’ persona and a lover. She revs up the momentum of the soundpiece with a no-holds-barred vulnerability and confidence in her love professions.

“Doesn’t matter if it’s at my place/ 6 o’clock. My place.” The sensual mood that colours the Scrippo-produced jam transits into every song on this EP, like blood circulating through an aqueduct of arteries. The song is an upbeat kick-heavy Afro-pop rhythm that mirrors Tones’ earlier projects such as ‘Hey Boy,’ ‘Shemileshe,’ amongst others. While retaining that Dancefloor-ready groove, it has a more intimate and thought-stirring appeal.

And by the time Tones begins the second song with “I don’t want a boring guy/ I want a man that can keep me warm when it’s cold outside/ Me no want something light/ You better come with these big digits/ Spoil me with something light,” one is likely to exclaim “oh my goodness!” The feminine sass on this project soars with such momentum that could either get the male folk upset at Tones’ ego, or attracted to her charismatic confidence. Whatever the effect is, Tones seems to remain in control, as she frees up her high-pitch to lace these rhythms.

With the rhythm, “Tins I Love,” takes form, shape and soul. On “Bounce It Now,” Tones’ brings up that f*ck-what-you-think, bougie, bad b*tch energy that she adorned her acclaimed “King of Boys” character, Young Eniola Salami, with. The talking-drums that lace the record is arguably the best talking-drum sample that has surfaced in any Afro-pop song for years. It’s a neat fusion that feels ignited by Tones’ drowned-out vocalisation. It also feels like an instant recipe for magic, if fused with any Amapiano rhythm.

As far as art goes, Tones is in control with full poetic license. And ‘Tins I Love’ is admirable for its carefree experimentation and prioritisation of self-expression. The groovy nature of the project underscores Tones’ playful personality. “If it doesn’t work for me then I am on to the next/ Getting money is a lifestyle, yes/ Because nobody wants to be caught unfresh/ That’s how I roll/ I only do the Tins I Love,” she closes off the project with the eponymous vanity-drugged record. Tones gets it right with the songwriting, as well as the tracklisting irrespective of its brevity. However, the mesh of elements that pervade the instrumentals attempt to reach a sonical haven where dancehall and Afro-pop are the cherubims and seraphims; but it stops short and becomes a bit edgy, noisy and too intense for listening pleasure. It’s probably best enjoyed with cups of alcohol, within a party ambience. On its own, its like a beautiful bowl of cereal, with a sprinkle of sand.

Tones’ discography-mounting efforts are not directly proportional to her fanbase. However, if she is to wield any significant influence in the music industry, she has to add a tinge of strategic positioning, and better A&R, to her compilation of soundpieces. She will not be the first Nollywood actress to do music. Several of her contemporaries such as Bisola Aiyeola, Nkem Owoh, Omotola Jalade, Genevieve Nnaji, Tonto Dike, amongst others, have attempted, won and/or failed at it. But everyone’s journey is different. Tones started music way before her box office hits. “I wasn’t bothered, because I knew what I could do and with consistency I could win,” she affirms in an old interview with Channels Television after her 2014 single, “Hey Boy,” dropped.

With “Tins I Love,” Tones takes on a different adventure, away from her box-office successes, to show everyone that life is indeed a playground. And nobody should be taught how to play.

Chinonso Ihekire is a freelance music and culture journalist based in Lagos, Nigeria. His critiques and writings have appeared in pan-African publications such as The Guardian, Wakonte, and More Branches. He enjoys exploring and documenting Africa’s thriving contemporary art evolution, especially in Music, Film and Lifestyle.
Connect with him on Instagram@chinonsotherevolutionary, and on Twitter@ChinonsoIhekire