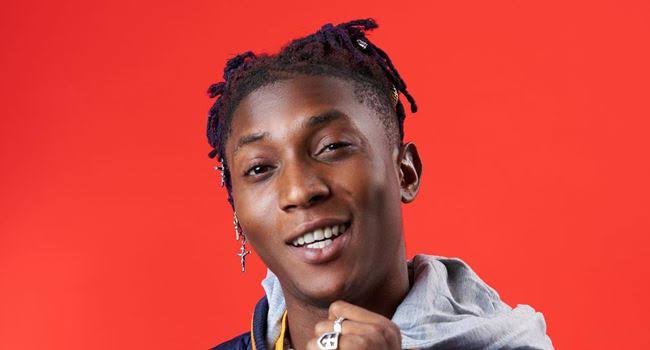 Ten Street-Hop Songs That Made 2020

2020, for most, was an especially devastating year, with the pandemic and the eventual lockdown, but what we know and we have proof of is that it was beneficial to the Nigerian music industry. With death and despair being a constant factor, one thing everybody knew they could turn to was music. Since concerts and gatherings were banned, people turned to streaming platforms. And since the volume of streams is determined by the quality of the music, artistes had no choice but to make good music. That’s one theory, at least.

Regardless of whatever happened, 2020 was abundant with good songs, and we were grateful for this. One genre that benefited the most from the pandemic was street-hop.

For your reading and listening pleasure, we put together ten street-hop songs that made our, and possibly your, 2020.

Writing about music, specifically street-hop, in 2020 without including Zinoleesky’s Kilofeshe would be a crime against the industry and the artiste. In 2020, we saw a bunch of Nigerian artistes incorporating the South-African genre, Amapiano, in their songs. Zinoleesky was no different. In fact, there’s talk that he did it better.

Proof lies before us, as even months after the song’s release, it’s still receiving good airplay. Produced by Niphkeys, “Kilofeshe,” with surprising speed, rose to the top of streaming charts and quickly became the street’s favourite.

Catapulting him to the forefront, “Kilofeshe” provided a foundation for Zino’s first project, “Chrome,” and its eventual commercial success. A line from the song, “Extraordinary things I’m doing, ordinary things no fit move me again,” has now become a source of motivation for many.

2020, in its infinite kindness, also brought us Bella Shmurda, a talent with a unique vocal ability and stunning songwriting skills. After the release of his debut project in early 2020, it took a while for his target audience to find him. After a feature from Runtown, and a remix of his 2018 song “Vision 2020” with Olamide, he hit the jackpot. With a mixture of genres, Afro-Pop and modern Fuji, he enthralled his growing fanbase.

The fraud undertones of “Cash App,” sparked off conversations about the song, and the place of morality. All these certainly didn’t stop the song from becoming a viral hit, only  further asserting the idea that bad publicity is good publicity.

Seeing as their first joint together worked out pretty well, award-winning producer, Masterkraft, enlisted Bella Shmurda and Zlatan for another December banger. The duo didn’t disappoint. Sung mostly in Yoruba, the artistes’ native language, the primary aesthetic for “Hallelu” is from the Aladura church, and naturally, as the title is a shortened form of “Hallelujah,” the song explores faith, praise and other Christian concepts. Bella Shmurda sings, “Hallelu, Halleluyah o, oluwagbemileke/maa gawu, leyin adura o ati awe fun ojo meje/my darling, every little thing you want, I’m ready to give it more…”

The streets know that if you want a quick hit, Olamide is the man to hit up. Entrenched in the very roots of street-hop culture, you’ll always have a ready and willing audience when it’s a track featuring our beloved Olamide. Jaido P knew this and took advantage of it. With an audience in the market for hits to carry them through the end of the year, the window of opportunity was wide open, and luckily for Jaido P, he’s not lacking in talent.

Pushing the narrative of a man not out solely for love and sex, he unashamedly tells anybody willing that he only wants to “tesina pot.” He states his specifications: omo to ba s’aya gbangban, eyii to ba s’eyin gbangban — loosely translating to a woman with big “assets” — and assures that he’s ready to provide whatever she might want, shawarma or pizza, marijuana or rizla, a Range Rover or a Chrysler, PES or FIFA, palm wine or Monster. Olamide further emphasises this point, and despite its crudeness, it makes for good music.

Jamopyper feat. Mayorkun — “If No Be You”

For “If No Be You,” Jamopyper — tagged a future voice in street-hop by 49th Street — enlists Mayorkun, Nigeria’s go-to artiste for a fire verse — well, until Buju. Produced by Mansa Jabulani, the song is a sample of Chief Sikiru Ayinde Barrister’s “Reality” released in 2004, and you could say that Jamopyper and Mayorkun did justice to it. Ironically, here Jamopyper is asking for love and romance as opposed to Jaido P & Olamide’s “Tesina Pot.” He asks, “If no be you, ta ni mo fe story aye mi fun,” which in English loosely translates to, “If not you, who do I want to tell my life’s story?” As expected, in conventional relationships, couples often open up to their partners about their past, dreams and aspirations, which, it appears, is what Jamopyper talks about here.

Even after the release of his debut project, “Timz,” Bad Boy Timz was still a relatively unknown artiste until he released “MJ” (Michael Jackson). Listening to the people’s pulse and their yearning for more dancehall songs, Timz enlists Semzibeats & Timi Jay — both producers — to deliver a banger. They all probably didn’t know it’d become a huge hit. It became such a huge hit that two months later, he released a remix with serial hit maker, Mayorkun. A week after, a remix of the same song with Teni was released. The success of “MJ” secured him a spot on Olamide’s album, “Carpe Diem,” and of course, “Loading” became another hit.

“Ma p’ariwo” is Yoruba for “don’t shout,” and contextually,  Zinoleesky pleads that his lover not to moan too loudly as he “doesn’t want her new neighbors to know his name.” Popular for exploring what culture instructs us to ‘shush’ about, Zinoleesky follows in the footsteps of his label’s patriarch, Naira Marley, except he goes about it with a certain poise. Despite the fact that he sings about sex unabashedly and of course, our parents’ warnings against discussing the topic at all, we are tempted to sing along as it is such a bop.

Aware of his growing popularity and the importance of catering to his fanbase else they jump ships, Shmurda songwriting standards is weak in this song, and he makes this apparent, “Burst my brain, oshe/I don’t even know what I’m singing, oshe…,” and yet, his fans eat it up like candy. Produced by Rexxie, the production is  top-notch and at that saves the song.

Shmurda sings about hustle and survival, two important concepts in life. He posits that he’s Dangbana Orisa, a repellent to any of his fears that threaten his success. “Face my fears, me I never run. Me I hustle to the top…”

Several times a year, new lingos spring up on social media and elsewhere through artistes and entertainers in their songs and movies. One of the new phrases used in 2020 was “ko por ke” used to tease or ‘hail’ a person. Rexxie, established street-hop producer, enlists MohBad, recent signee to Marlian Music and together, they made a banger. What we all know of street-hop songs is that what it makes up for in beats and great production, it lacks in songwriting quality. And so even if majority of the song is MohBad singing, “ta lo so pe ko por ke, opp, o po pa, opg, o po gan…,” it didn’t stop it from becoming a viral hit.