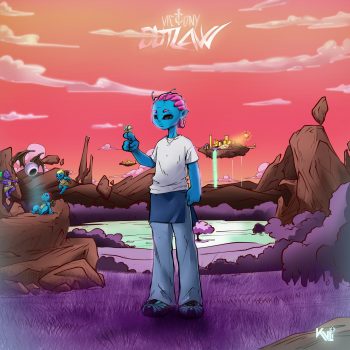 Victony’s “Outlaw” is a Neat Attempt at Rebellion

Outlaw is a wholesome project, with a bit of superficiality. Yet, it glimmers for its strong replay value, feel-good instrumentation, and its suggestive thematic compass…

We are at a pivotal time in the African music industry where the tolerance for mediocrity is at an all-time low. As the rest of the world continues to pay more attention to our music, emerging acts are left with only two options in this highly saturated music industry: stand out, or be ignored. With the array of breakout stars emerging from the African entertainment capital of Lagos within the last three years, Victor Anthony, professionally known as Victony, stands out as one with one of the most captivating discographies so far.

Just like other contemporaries in his generation, from Zinoleesky, to BNXN, to Ayra Starr, the 20-year-old singer wields the power to create records that have their own signature sound, groove and appeal. Within his just-released EP, Outlaw, he stretches the boundaries of his stylistic approach to his art, giving a deeper glimpse of his capabilities.

If you listen to his 2020 sophomore EP, Saturn, you are likely to be more stunned by the singer’s unique vocal texture. From the hit songs such as “Maria,” and “Fasta,” you get a keen awareness of his efforts at intentionality. The songs were baked with some special ingredients, such as a unique street-style songwriting (think of Wizkid mixed with a sprinkle of Reekado Banks), good command of vocals (nice falsettos, stretched with his lithe vocals), and a solid delivery. On “Saturn,” he sounded more like an experienced superstar, and not so much an emerging act. Now, if you listen to Outlaw, you get a heightened sense of all these qualities, especially his dedication to creating more hit songs.

On Outlaw, you might easily get a sense that the album is just buttered with hit songs — a trial-by-error strategy, at best. However, if you pay attention to the tracklisting, and backtrack this EP with his earlier releases, such as the Rexxie-collaboration, “Ego,” and his duet with Mayorkun, “Holy Father,” you would realise that Victony’s affinity for hits-only records has nothing to do with luck, and everything to do with his sound/content direction. On the surface, Victony’s songs are mostly filled with cliche content; it is mostly always about adulating a woman’s physical beauty. Yet, if you observe his approach to it, from his choice of lingo, then to the storytelling itself, you would be awed at his work — just like old wine in a new skin.

In Outlaw, Victony proves something a bit deeper than what the project’s title suggests. He strays away from the obvious expectations of making a project that, perhaps, rebels against socio-political realities; instead, he goes on an inward pilgrimage into the self, choosing to extol the value of self-expression over societal standards, choosing to be a rebel against himself, first, before everything else.

Victony: all power belongs to your bumbum

We go on to hear a phrase like “All power belongs to your bum bum,” one which would instantly grant him a death wish, if he was based in certain North Nigerian climes governed by Sharia laws, and which have even drawn criticism from other self-righteous people.

As a project, Outlaw flourishes as a well-arranged body of work. That is its first pleasure point. All the songs neatly transit into one another, with harmonious intros and outros, giving off a very smooth listen. From the opening song, “Outlaw,” Victony sets off a very introspective mood to the project, as he reflects on his life and struggles. Recall that last year, the singer had survived a tragic car accident that claimed the life of his friend, and confined him to a wheelchair for several months. It then becomes a goosebump-giving moment when he claims that it’s a jungle…and it is by the grace of God that he is a champion boy. From that mid-tempo sombre song, he switches up the vibe with “Chop and Slide,” a direct antithesis of the former song. He delves into tales of his romantic experiences with materialistic women. From there, things escalate very quickly into the cliche and upbeat party-starter, “Apollo,” emphasising Victony’s dexterity as a versatile singer. By the time you transit into the final songs, “Jolene,” “Soweto,” and “Kolomental,” you are already saturated with all the flow-bending and tropical harmonisation.

Tapping producers such as Ktizo, Blaisebeats, Blind and Frankmoses, Dera the boy, P.Priime and Tempoe, Victony proves that, melodically, he is onto something. All the beats are dissimilar, but all flush with a certain tropical appeal to it. It projects his progressiveness, and it heightens expectations of what his album would sound like. It appears that Victony is giving off several slices of his sonical strengths, such that his next and more diversified bodies of work would not be anything strange.

A star of this record is the Tempoe-produced “Soweto” which stands out for its delicate instrumentation and Victony’s rad code-switching. How else would you explain lyrics such as “Call all your brokoto/ No go dey slogodo oh/ Body dey draw me like ogbono oh/ Body Dey rise my tonono oh”? After listening to it, it feels like purposefully using trash to create art. Still, the most popular record on the EP would be the controversial “All Power.” The record is the most groovy and party-friendly record on the EP. Overall, Victony does his thing on Outlaw, caring less about public opinion on his moral choices, and bravely juxtaposing didactic and inspirational songs with sultry, out-of-the-blue jams.

Cohesively, it is a neat attempt at defining his artistry with his musical stylistic preferences. It is a strategy that has worked for several reigning acts such as Burna Boy, Adekunle Gold, Fireboy, among others. It is also one that is helping to helm Victony’s mainstream acceptance, together with his originality. From a singer who started as a rapper, to a singer who is among the most sought-after artistes of his generation, it shows that his decision to stay true to himself is perhaps the best he had ever made. 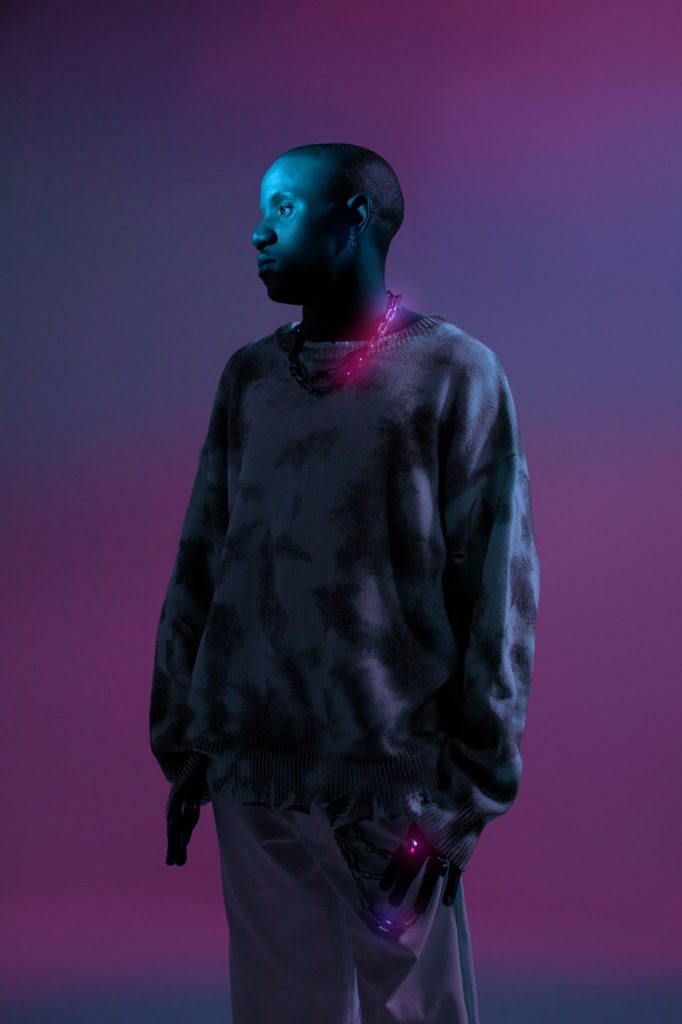 In sum, Outlaw is a wholesome project, with a bit of superficiality. Yet, it glimmers for its strong replay value, feel-good instrumentation, and its suggestive thematic compass which points one towards the direction of self-confidence and positivity. It is a project poised to become a stronger foundation for Victony to stand on. Ironically, it was one born from when he was sitting upon a wheelchair. It lacks more delicate songwriting, as well as content direction that could have easily taken the song from outstanding to classic. It feels like an opportunity missed. Again, an outstanding record!