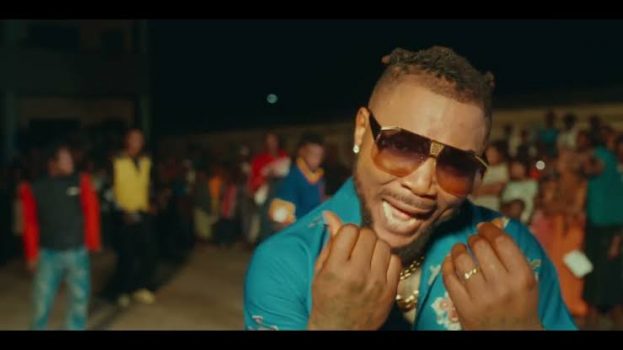 There is a unifying spirit that brings these artistes with similar survival stories, backgrounds, experiences, and challenges, together, and all of this translates into a common code or language spoken in the street corners, by everyone — “hustle.”

Oritse Femi, the ostentatious vocalist, who goes by the self-proclaimed title, “Musical Taliban,” is at the other end of the musical spectrum these days. Over the years, the passionate Nigerian singer has remained ever-present in the nation’s music industry, serving his ardent fans and listeners a variety of songs ingrained in it thought-provoking and motivational lyrics. Many of these songs are considered dance tracks. Some of his hits include “Mercies of the Lord,” “E go better,” “Double Wahala,” “Ongba Larami,” “Fall in Love,” “Igbeyawo,” and many more.

The Nigerian music industry, structured or not the way it is, has been somewhat unfair in its uneven distribution of spotlight to some of its most hard-working and dedicated artistes. Oritse Femi falls into this bracket of unapplauded artistes. He plans to change this narrative for the better with “Oro Aje.” The “Breakfast” crooner invites Portable Omolalomi also known as Weyrey Olorin to share his story, on the inspirational dance track.

Oro Aje is a Yoruba expression which translates to “effort to make profit or gain.” The song was produced by Jay Pizzle, and the video directed by Mic Davis. Collaborator, Portable Omolalomi, had seen his fortunes rise since the release of the 2021 smash-hit, “Zazoo Zehh,” and has been highly in demand ever since.

In the video, Oritse Femi is heavily guarded and protected by policemen and other security officials as he walks into the vicinity. The reception in the hood is electrifying and overwhelming. He thrills fans with his signature dance moves and energetic performance. At 2:12 playtime, viewers could see the intensity and tension building up as Portable is seen dragged off by some passionate fans. As money is doled out on set at 1:54 playtime, fans on scene rush to grab some of it.

The choreographers on set were well in tune with the beat as well, and didn’t miss a single step. Director Mic Davis who is relatively new to the industry exhibited a glimpse of his potential by delivering some beautiful shots. One of my favourites was the two-shot of Femi and Portable performing under what looked like a bridge. The scene catches the full glare of Omolalomi’s humorous facial expressions while he dances.

Another one of my favourite shots was another two-shot taken at 3:46 playtime capturing two young fishermen carrying two giant mackerels in their hands, full indication of the environment the video was shot, perhaps the sea side in Apapa where Oritse Femi comes from. Portable, a dramatic character in the least, added some spice to the video. Also, the positioning of the two models beside Oritse Femi as he stood on a red car while performing beautified the shots as well.

However, there were some cases of poor lighting or no lighting at all. Some single shots of Oritse Femi where he wore a black tee-shirt and was steering a wheel — possibly a beach truck or speedboat — couldn’t be seen clearly because the scenes were too dark. Budget constraints or a sheer lack of lighting knowledge, we might never know.

When two street artistes of different pedigrees come together to make music, oftentimes, it’s not just for the fun of it. In most cases, it’s a testament to their resilience, strong-will, and determination to make it out of the pitiful slums and ghettos where basic life can sometimes become a luxury which most of its inhabitants cannot readily afford. There is a unifying spirit that brings these artistes with similar survival stories, backgrounds, experiences, and challenges together, and all of this translates into a common code or language spoken in the street corners, by everyone — “hustle.”

If talent alone were enough, the likes of Oritse Femi would always remain at the top of the Nigerian music food chain. The MSN gangleader never misses with his songs, and doesn’t need a famous producer in order to make a good record. However his brand and image has suffered through the years; from petty scandals and club brawls to sudden violent outbursts, and his marital crisis. All this truncated the singer’s reign and also put a humbling dent in his popularity.

However, with “Oro Aje” and its accompanying video, it is evident that these crises have not hampered Femi’s talents and skill set.

Omowale Michael Bokinni is a trained cinematographer and screenwriter. He is an alumnus of the prestigious Royal Arts Academy Lagos. Passionate about all things music, movies and entertainment in general. He is also an actor who has featured in a number of Nollywood movies, the most recent being The Royal Arts blockbuster, “Bitter Pill.” Instagram @omowalebokinni. Twitter @bokinnio.