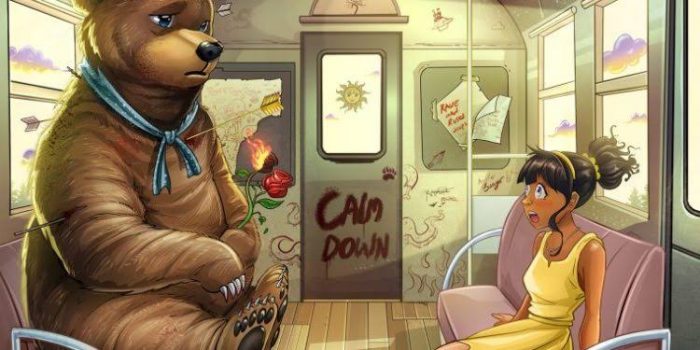 Calm Down is a very enjoyable video to watch, with a lot of beautiful clips taken, giving the viewers quality content, enough to keep them entertained, and their eyes glued

One of Afrobeats’ leading lights of the “Gen Z” era, Rema, is back with an audacious bop, titled “Calm Down.” The track is his first single off his highly-anticipated debut album, “Raves and Roses.” The Mavin Records signee serves us a taste of what to expect on the album with this pulsating, rumba-infused sound. The song is produced by Andre Vibez and the visuals shot by Director K.

Rema peddles fantasies on this one, as he takes us on a journey through his evolution and growth. From his corn row days to this refined natty dreads look.

The video captures young love at its finest. The BET-nominated artiste is seen persistently trying to win over a young lady’s heart, but his efforts prove abortive. Eventually, she gives in to his charms and both are enthralled in each other’s arms. The sleek manner in which he applies his wits and guile in this video is what makes it remarkable. Putting his bike riding skills on display, he takes his newly-found love on a ride across town.

The visuals resonates with both young and old alike, depicting the lengths and travails men are prepared to go through in order to win over a girl/lady they deem to be a million yards or more of wife material.

Like paintings on a canvas, Director K, through the use of costumes, ostentatiously displays colours in this video. It is a testament of his love for art.

Over the years, music videos have become mundane. Directors and cinematographers alike have deviated completely from the real essence of making a music video, which is the storyline or message. The storyline is what enables the viewer connect with the artiste on a personal level. Today, its significance has been watered down completely, and focus has been diverted to other areas of transient importance such as picture quality, or unnecessary display of luxury.

Although there is the place of good picture quality and luxury, it should not be to the detriment of the storyline.

So, what exactly is that key component in a music video that catches the viewers’ eyes and keeps them glued to their screens? What causes the video to rake in millions of views on YouTube, which ultimately puts money into the artiste’s pocket? Is it the picture quality or the storyline? This video however ticks all those boxes.

If you’re the kind who fancies sharp, clean, glossy pictures and are fascinated or obsessed by the type of camera that was used in filming; whether it was an Arri Alexa or the Black Magic 6k, well, this one’s for you. And if you’re also the good old-fashioned bloke like me, mainly interested in how captivating the storyline is, guess what? You’re in luck!

The opening scene shows Rema and his compadres at a house party, enjoying a friendly chat. Suddenly, his attention is drawn towards a particular lady in the room dressed in yellow. He gets up and makes his move, but he is met with some resistance, not from the lady in question but from her friends who attempt to prevent the singer from gaining access to his love interest. He immediately signals his friends for help; they show up and cart away the girls, leaving the “I too like woman” crooner to freely express his emotions.

Another scene shows Rema riding a scooter with his lover behind. This scene was one of my favourites in the video. It portrays the intimacy shared between the two love birds, while they enjoy a nice ride across town. Another favourite scene of mine is the snooker scene, where they both are playing snooker. Rema is seen teaching her how to play the game. At a point, he gives her a cheeky shove from the back as she’s about to port her ball into one of the holes, causing her to miss her shot.

In the video, Director K demonstrates why he is one of the most sought-after directors/cinematographers in the land. By providing a plethora of amazing shots; from the fast dolly shots to some really impressive drone shots. The dolly shot is a camera technique that involves the gradual or pacy movement of the camera towards the subject, and in that same fashion away from the subject, or alongside the subject.

This technique is commonly used in movies when the director is trying to introduce a new subject to the viewer from a long shot angle. It is often used in creating suspense around the subject, by slowly & gradually moving the camera towards the subject until the subject is fully revealed. 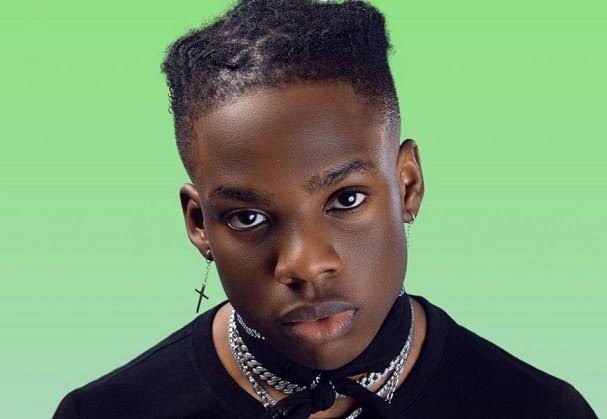 Dolly shots sometimes create the impression or the illusion on the viewer that a third party is either approaching the subject or the subject in question is doing something, and the director wants to slowly reveal it to the viewer from a distance until it finally gets close. This technique was used significantly on Rema at the beginning of the video where he’s seen sitting alone in a sofa wearing a hat.

The drone camera, however, is a remotely-controlled device with a small camera attached to it, with the ability to go several feet high into the sky and capture from an aerial angle what’s happening on the ground. This was used in the scene where Rema is seen riding a scooter with his girl.

Overall, “Calm Down” is a very enjoyable video to watch, with a lot of beautiful clips taken, giving the viewers quality content, enough to keep them entertained, and their eyes glued.

Omowale Michael Bokinni is a trained cinematographer and screenwriter. An alumnus of the prestigious Royal Arts Academy Lagos. Passionate about all things music, movies and entertainment in general. He is also an actor who has featured in a number of Nollywood movies, most recent; Royal arts blockbuster “Bitter Pill”.