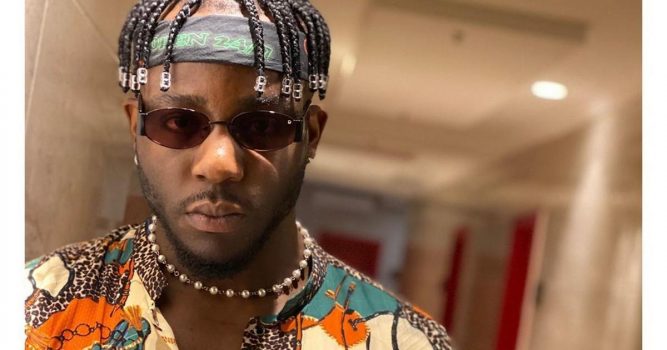 Why the Eastern Nigerian Music Industry is Falling Short

I was with Somto, an emerging Afro-soul singer in his apartment in Awka, alongside Chisom, an OAP with Ogene FM, when Ezeafoju, Somto’s manager, came home, a little furious about the events in a Twitter space he had been part of earlier that day. The Igbo rapper, Zoro, had called out eastern On-Air Personalities (OAPs) for their high-handed treatment and lack of support system for emerging artistes. Before then, it was common knowledge that the OAPs charge emerging artists as much as N50,000 for few airplays on radio.

To discuss Zoro calling out OAPs in the east, some influencers from the region organised a Twitter Space where Ezeafoju was invited. Ezeafoju, not a big fan of Zoro (he, too, has a reputation for being high-handed to emerging artistes), was surprised when people took the space as an opportunity to bash Zoro instead of trashing the very valid issues he had raised. Even other OAPs called into the space to condemn Zoro, an act that did not sit very well with Ezeafoju.

While Ezeafoju narrated the story of what went on in the space, Chisom tried to explain the reason for some of the attitudes of his colleagues towards artistes. He held that the OAPs in the industry do more for artistes than their fellow artistes who are more successful. But then these artistes themselves do not appreciate the work of OAPs in the industry. “Even when they succeed, they no longer remember you,” Chisom said.

Ezeafoju disagreed saying, “You OAPs have not done anything! I have been in Lagos, and I see what they do for their people in the west. You people have not done anything. As long as you are not enthusiastic enough to promote your own local content, you have not done enough.” From the arguments of both men in the sitting room that evening, a long discussion kicked in, which would inspire insights on this issue of the impeded growth of the region’s music industry from the words of some other professionals we were to meet in the coming days.

While Owoh Chimaobi, now popularly known as Zoro, struggled to break out to the limelight in the mid-2010s, it was the Lagos State University’s LASU FM who played his music first. Zoro, as it happened, was unable to convince the Igbo OAPs he met to put him on radio, until promoters from other places faraway began to put him on air. This Made him feel betrayed by the promoters in the region. Zoro has since largely distanced himself from the industry at home.

His lack of rapport with the music industry in the east and his disdain for its OAPs seem not to have made him a lot of friends. But Kaycee Ogbuejiofor, a music manager, said that from where he stood, Zoro is both right and wrong in his outburst. “…he [Zoro] has grown to that point where, in the Nigerian context, you’re not supposed to invest money in marketing, while in other climes, the bigger you’re, the bigger your marketing budget,” Oguejiofor said. Ogbuejiofor’s opinion is suggestive that the problem at the bottom began from the top where even successful artistes are reluctant to pay to promote their music.

For Chisom, having worked with Ogene FM, he has come across OAPs who have made it a point of duty to promote emerging acts, but then, these acts fail to remember the OAPs when their art finds feet in the market. “They [the artists] even start feeling entitled at some point, and when they succeed, they no longer remember or even rate you. So, some OAPs feel it is better to get what you can from them now that you have access to them,” Chisom said.

While Nigerian music has evolved through several stages and gone global, the eastern Nigerian music scene has remained relatively static. The region has proven unable to discover, nurture and produce indigenous stars and singers like the industry in Lagos or Port Harcourt, and this is largely due to the deep-seated distrust on the parts of the musical content creators and the media promoters.

Another problem with the eastern industry is the reluctance of successful acts to support the emerging ones. The Nigerian music industry has grown largely thanks to the evolution of bands formed by pioneers like Bobby Benson, Victor Olaiya, Victor Uwaifo and the likes from where other musical stars have emerged. Even the biggest musical stars in the east, including Gentleman Mike Ejeagha, Celestine Ukwu and Osita Osadebe began from a musical band which taught them the art of the music and paved the path for them to thread their independent careers.

However, the industry today is more individualistic with many artistes preferring to chart their own paths if they have the resources. But the apprenticeship system largely remains with many singers having come from the stable of Don Jazzy, Olamide, and even more recently Naira Marley and Mr. Eazi. It seems Nigerian singers are getting better at the art of taking other singers under their wings, nurturing them and helping them chart their path to stardom. But there is no trace of this evolution in the east.

In 2018, Penthauze, a record label owned by Igbo rapper, Phyno, signed two very talented acts, Nuno and Rhatti from the region, but neither of both acts have made any headway in the industry in 2022. Rhatti, a rapper already largely known in Anambra state, eventually left the label for lack of support.

A week after Ezeafoju came into the sitting room, angry at eastern OAPs, we met with an anonymous source, an expert in Nigerian music who visited from Lagos to lecture Nnamdi Azikiwe University students on the music business. He told us the story of how Umuobiligbo, an eastern-based duo once lost a $30,000 deal because Igbo singer, Flavour refused to clear the music they made with him (which was part of the deal), and so the song was not released early enough for them to clinch the deal. “Flavour saw Umuobiligbo as his competition,”

Ebuka said. “So, he was trying to suppress them. But then, he did not see Chike coming. He did not notice that Umuobiligbo actually did beer parlor music more than wedding and love songs which was where he [Flavour] made much of his money. Because they sing in Igbo, he felt they would compete with him. And by the time he saw Chike, who sang love and wedding songs coming, it was too late. The millennium generation might relate more with Flavour, but the younger ones certainly prefer Chike.”

“The problem of the southeast music industry boils down to one problem,” he continued. “The average Igbo man or easterner, especially of our generation, was raised to be an Individual. There is no conscious effort to collectively move as a unit to build a formidable industry for all in the East.” While this point is starkly accurate for describing this generation of Igbo musicians, it is ironic for a region who managed to rebuild themselves economically from the rubbles of a genocidal war through community trading and distribution of wealth in the “Igba-boi” apprenticeship system.

While recent industry stars like Fave, Blaqbonez, CKay and the likes are from the east, their successful emergence in the industry owes little or nothing to the contribution of the region, at least in the initial stages. While it is good that the music system in Lagos helps in building musical talents from the east, it is appalling that the indigenous system where the artistes come from fails to support their talent, even as they put in work. The result of this is a disconnection from their roots which is very important in the arts.

Michael Odiong, the General Manager of Premier Music, Nigeria’s first record label, while he lectured recently in a Black Music Educators Programme City tour held in Awka, pointed out that the difference between the music of the foremost Nigerian music industry, and the contemporary one, is originality. “It is because of this originality,” he said “that their music has stood the test of time.”

Part of what inspires originality is direct contact with culture. The inability of the east to support musical talents has led to a scenario where acts from the region make music that bears little or no prints of the cultural influence of the east. Also it does not help that singers from the east who are in touch with the region’s culture and influences do not have support from the region’s industry.

In western Nigeria, the industry keeps artistes closer to their roots and language, by promoting mostly local content in their media. “I have been to Lagos,” Ezeafoju told Afrocritik, “and I have seen how they do it. I can’t show you a proof, but a very reliable source told me the westerners have an agreement with their government that their stations play 70% of their indigenous contents! Also, the biggest criteria to play your music is not money. But talent and the clout you are generating in the streets!”

Chisom’s opinions differed a bit from Ezeafoju’s in his stand on the issue. According to him, OAPs should be treated better than they are, and that the industry can grow when both parties do their work. “Artistes and OAPs have to come together to help themselves. People accuse OAPs of being all about the money but OAPs have to make money from their jobs.”

Chisom offers an unspoken insight into the problem, saying, “One thing a lot of people ignore [in all these talks] is that the OAPs in the east are not paid well. So, they need money to promote your music to make it up. Also, our people go to Lagos and pay big money for promotion. What OAPs want is a little of that money you pay to promote your music in Lagos.”