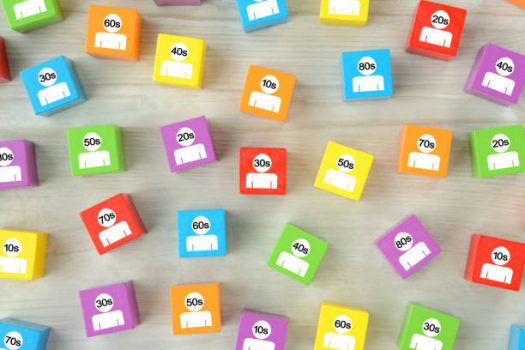 Are Millennial African Parents Less of a Pain than Generation X Parents?

If one were to ask persons from Africa that live in Africa and were born in the 80s and 90s whether they thought their parents born between the 40s and 60s were stricter with them as adolescents and young adults in comparison to them as parents now, the unarguable response would be YES. They would, without a doubt, agree that millennial parents are less stringent now than their parents before them.

I, like other millennials within this age demographic, can confirm that African parents share an almost universal demeanour: the ones that have been battered and parodied in many memes, skits, and movies. For example, Nigerian skit maker, Taaoma parodies a no-nonsense, Baby Boomer mother, and Papa Ade that always slaps his son, Ade, to correct a misgiving; their sarcastic “place it on my head” response to the perceived silly question from younger ones, especially their children, on where an item should be kept; endless, sometimes needless errands, as well as the classic “I did not kill my parents, so you cannot kill me” conviction. They make for good entertainment, at least now. Many millennials wished their Boomer or Generation X parents understood them better.

Younger ones in newer age demographics may claim that Boomers or Generation X parents are a little over the top, dramatic, or too conservative who may make rules and take decisions that they feel are in the best interest of their children, expect total obedience without questioning, giving little room for independent thinking, decision making, and exploration. Boomers also do not hesitate to “spare the rod.” To put it simply, Boomers rarely understand their children or others in that age circle. In the long term, this causes most children to be estranged and disconnected from their parents to the extent that some regard this age demographic of African parents as toxic, undeserving of the slightest private knowledge. For good measure, it has compelled most of the younger generation to block their parents and older uncles and aunties from viewing their posts on social media.

A lot of millennials may be able to relate to at least one of these kinds of family settings:

My friend (let’s call her B) is from a family with parents born in the 1960s. Both parents are a middle-class, first-generation educated pair who worked in the public service and lived in an urban environment. They are also religious Christians, actively involved in the church. Daily devotions and church services were part of their everyday life. They’re considerably lavish parents that provided for the children, and also gave out pocket money. They do not subscribe to corporal punishment but demand total obedience at all times. They disapprove of certain kinds of dressing styles and would disallow “ungodly” associations with people they deemed “worldly.” They took academic excellence seriously, and when it came to career options, they only approved of choices they considered professional like being a doctor, lawyer, banker, etc. There were no parties, no visiting aside from and to family members, and strict curfews.

My cousin (let’s name D), on the other hand, had parents who identified as Christians, too but participated in traditional village festival activities. They allowed their children a great deal of leeway and adopted a free-range parenting style that permitted playing outside with friends. They lived in a rural environment and were semi-educated. As such, career options were more relaxed. Cousin D and her siblings were, however, punished for the slightest mistakes, like breaking chinaware, the kerosene lamp globe, losing money, spending too long on an errand, or playing with the opposite sex in a way they thought inappropriate.

My father who also falls in the Generation X demographic, educated but mostly irreligious, considered studying more important than going to church. As a teenager, I could get away with wearing shorts or even getting a second piercing, I never wore makeup nor visited others. Dialogue or negotiations could be considered when they involved academic-related matters. There were no extracurricular activities like sports or learning a vocational skill. My activities revolved around school and home. My mother, also Generation X, religious and literate, if she had any say in the matter, would choose instead that I became a doctor or pharmacist than a writer and an agriculturist. These instances show that the strictness as well as the degree of freedom for children are defined differently by their different parents.

From different scientific studies and observations, four parenting styles have come to be defined. All of which lead to different developmental outcomes for, especially, direct offspring or wards. They include the authoritative; authoritarian; permissive or indulgent; and neglectful or uninvolved. The yardstick with which these parenting styles are determined is a measure of how parents command how their children or ward should behave, and how they, as parents, respond to, or are accepting of, their children’s personal development or desires.

In the authoritarian parenting style, there is little room for dialogue or feedback from children or wards, but rather, only enforcement of rules. In the authoritative, however, there is both rule enforcement, as well as an environment for discussions and dialogue. Indulgent parents demand few rules or boundaries and are easily responsive while neglectful parents are simply neglectful. Even with nuances to how families consider acceptable behaviour and parent interaction with children, African parents mostly tilted towards being authoritarian. Influences of environment, cultural and religious beliefs, and sometimes, social and economic statuses interplay with their actions.

African societies have a strong attachment to upholding values and preservation of culture and traditions. Part of this culture teaches – and more so, across all religions practiced on the continent — to demand respect for elders, authority, etc. This is not necessarily bad, but it may tend to turn into a power thirst. Also, African societies tend to form close-knit communities where one lives first for the family than for themselves. For most people, it is more important to live up to the family expectation in the way one presents themselves than for one’s personal desires.

Has much changed now that millennials (people currently between 26-41 years) are now parents themselves? Have these parenting methods changed much today that millennials are parents? While there are much lesser cases of authoritarian, old-fashioned parenting styles, Africans still have strong ties to their religion and cultural belief, and so many parents still adopt the aforementioned parenting styles above.

But with greater exposure to social media, technology, and awareness than there was in older, Baby Boomer and Generation X days, millennial parents are now creating more room for open discussions and dialogue with their offspring and wards. They are also promoting outside their homes safer parenting methods. Of note is the “Parenting is also Learned” campaign promoted by the UNICEF to help parents raise more confident children. There is also the Parenting Month Campaign the Rwandan government and the UNICEF launched to promote positive parenting in the COVID-19 pandemic. Parents explain why a decision is taken, and allow their children to have a certain degree of autonomy and control. Many even apologise. Children from homes run by millennial parents have learned to be more outspoken in contrast to these same parents who were most likely trained by older parents and were trained to either shy away from issues, become sneaky, or outright rebellious.