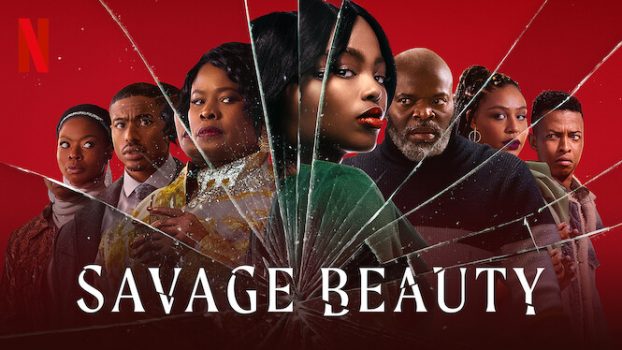 “Savage Beauty” Review: A Dysfunctional Wealthy Family in a Tale of Revenge

…that the idea is not original does not mean that there is nothing new to see here. Even if the same story has been told a thousand times, it can still be interesting. And Savage Beauty is interesting…

Savage Beauty, Netflix’s latest South African original series created by Lebogang Mogashoa, presents the newest addition to television’s class of super-rich, dysfunctional families. The Bhengu family is the fictitious family behind one of South Africa’s largest—also fictitious—beauty empires, Bhengu Beauty. The patriarch, Don Bhengu (Dumisani Mbebe), claims to have built the company with his bare hands and without any help, although his wife, Grace Bhengu (Nthati Moshesh), privately swears that she did the actual building. They have two sons, the dreamy, life-of-the-party Phila (Jesse Suntele), and his good-boy younger brother, Ndu (Oros Mampofu). Don is polygamous, so he has a second and much younger wife, Thando (Angela Sithole). But he also has a daughter from outside of both his marriages, Linda (Nambitha Ben-Mazwi). With the factions already existing within the family, there would already be enough in-house fighting and drama. But there’s more.

Enter the show’s protagonist and the new face of Bhengu Beauty, the beautiful Zinhle (Rosemary Zimu), who is on a mission to make the powerful Bhengus pay for their part in her tragic past. With help from her brother, Bonga (Mpho Sebeng), Zinhle inserts herself into the Bhengu family and works to exert her revenge.

It is almost impossible to watch Savage Beauty without drawing comparisons with other television favourites that have thrived on a similar baseline, at least with respect to dysfunctional wealthy families and familial rivalry. Savage Beauty seems to want to be a cross between Hollywood’s Succession (if the Roy siblings had a mother who was actively involved in their lives and the business), and Empire (if the Lyons were in the beauty business as opposed to music).

There is a little bit of fanfare at the beginning. The curtains open with a flash-forward—a bloodied Zenhle hurrying to clean herself up before returning herself to perfection with Bhengu makeup products. The first real-time scene is a big event during which Zenhle is introduced to the world as the new face of Bhengu Beauty. The first scandal follows. But like Empire and Succession before it, the show really begins when, in the very first episode, the patriarch has a medical incident, setting off a competition for the inheritance of his throne as CEO. By the second episode, at least two of the siblings, including the heir apparent, are going head to head for daddy’s approval. And before the season finale, one or two of them would have betrayed their principles with the hope of receiving Don Bhengu’s favour.

Of course, secrets get revealed and scandals ensue, and Grace’s “Smile, dear, we’re in public” talk proves impossible to adhere to with the Bhengus coming under public fire too frequently. But this time, there is an outsider out to destroy the family for reasons that are not directly business-related. And even this isn’t exactly new, similar plots having appeared in other shows as recent as The Kings of Napa.

Yet, that the idea is not original does not mean that there is nothing new to see here. Even if the same story has been told a thousand times, it can still be interesting. And Savage Beauty is interesting. The show does take a while before it fully locks you in, but when it really gets into the drama, it gets juicy and entertaining. That it features sentiments and cultures that are uniquely South African is, in itself, something fresh. And there is the added value that very important social issues are at the heart of this show, from class to beauty standards and colourism in South Africa, issues that haven’t gotten their due on African television.

A particularly interesting character is Grace, the first wife who graces almost every scene. She commands attention in every scene in which she appears as she goes around literally dishing out commands with as much meanness as she can muster. But it’s genuinely difficult to dislike this woman, even though it is abundantly clear that she is just as narcissist as her husband. Despite her callousness, she is recognisable as a devoted wife who forcefully presents a strong front and continues to deceive herself into believing that she is her husband’s whisperer when, in fact, the only way she influences his actions or decisions is by making moves behind his back.

However, too much reliance is placed on Grace such that relationships that revolve around or involve her get the most airtime to the detriment of others. Specifically, a lot more could have been done with the Bhengu siblings. There are occasional hints about the complex relationships between the trio of Phila, Linda and Ndu, and they appear to be somewhat close but still very distant. Sadly, no real attention is ever paid to the dynamics of these relationships. At the end of the day, the series—or, at least, this season—cares much more about Don and Grace than it needs to, and it can only be hoped that the friendship and rivalry amongst the siblings will be better explored if Netflix renews the series for a second season.

As is becoming expected of a South African production, Savage Beauty takes advantage of the country’s beautiful landscapes and sceneries that have proved attractive to filmmakers from across the world. In one particular scene in the second episode, Zinhle and Ndu are in the middle of a photo shoot on a rooftop, the beautiful city serving as their backdrop, when lightening starts to pierce through the sky as it thunders. It’s a mesmerising view, and, perhaps, like a few other visually interesting scenes that seem to have been shot mostly for the sake of the view, a sales pitch.

But if you hoped to see the visual display of wealth and influence, and even the contextual display, that you’d expect to see on a show that emphasises the unfairly fat pockets of the one-percenters, you’d be disappointed. And although the melodramatic approach almost hides it, the Bhengu family is a lot more bark than bite, and its members just aren’t as powerful as the writers would have us believe. 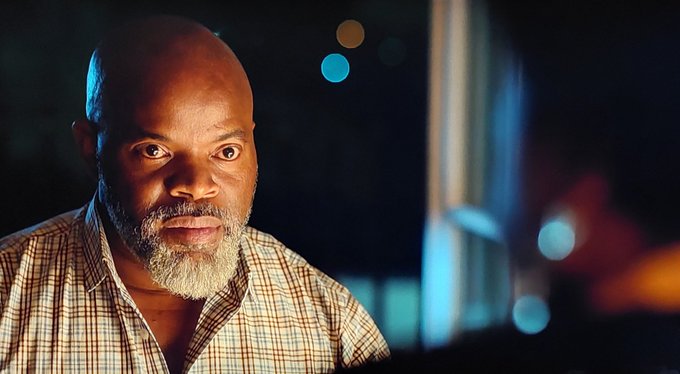 Still, Savage Beauty is primarily meant to be entertainment. And it is precisely that. Beside the older, acclaimed shows, this new drama feels like it has a lot of learning to do. Plus, it feels more like a telenovela than a bingeable show, and you might be perfectly content watching an episode a week. But with just enough family drama across its six episodes, a strong motive for revenge, and a well curated soundtrack that contributes significantly to the emotional undercurrent while also providing an opportunity to discover some playlist-worthy music, the series mostly works as was intended.