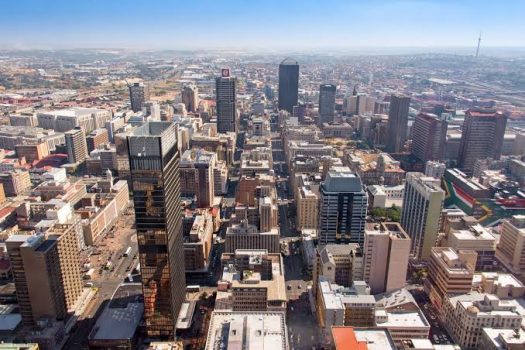 As far back as 2012, Chronicle, a hit Hollywood movie, was filmed in SA with the facilities of Cape Town Film Studios. The movie eventually went on to earn $126 million in global cinema ticket sales, although the filmmakers spent merely $12 million in production costs…

For over a decade, South Africa has been building a reputation as one of the world’s most favourable destinations for filmmaking, and claiming a place among the big players in the global film business. Since the 2012 Hollywood movie, Safe House, featuring Denzel Washington and Ryan Reynolds, was shot in South Africa, and even before then, filmmakers have flocked to the country to film would-be hits, from an Avenger movie to all three films in The Kissing Booth franchise.

Tom Cruise is one of the latest foreign filmmakers to arrive in SA to reap the many benefits of filming in the country, with the action film star shooting the next and possibly final instalment of Mission Impossible in locations like Hoedspruit, KZN and Cape Town. When asked by a Hoedspruit resident why he chose to film in the country, Cruise’s reason was that South Africa is a beautiful country. And it is. The country has been lauded for its outstanding scenery. A notable example, Jamie Lengyel, the Supervising Location Manager on Avengers: Age of Ultron, praised Johannesburg for being very interesting visually, and for its great skyline which was important for the movie’s many aerial shots. But beauty is hardly enough in choosing a filming location. SA offers so much more than beauty; it offers several interesting incentives that make it a worthy choice.

Perhaps, the most interesting factor in SA’s success story is its largely volatile currency. The South African rand has been weak against the US dollar since the early 1980s, but it took a big hit in December, 2015 when certain factors caused it to decline consistently until it peaked at R16 to $1 in 2016. Between 2016 and 2020, the rand appreciated to R13 – R14 against $1, but in April of 2020, the rand reached an even higher peak at R17 to $1. Since then, it has appreciated in value from R17 to its current state of R14.74.

Ordinarily, a weak and volatile currency such as the rand would deter foreign investors. But South Africa’s film industry has it differently. Shooting in SA is often favourable to foreign productions budgeted in stronger currencies as they incur lower production costs than they would in their home countries. In 2016, an American series serviced by a Cape Town production house called Film Afrika was able to spend 40% less than had been budgeted when the rand was trading at R12 to $1. In the words of David Wicht, the CEO of Film Afrika, “The decline of the rand has been extraordinary, which is excellent for foreign films. In an era of addiction to incentives, it turns out the biggest incentive to shoot in South Africa is a declining rand.”

The same year, another company, Cape Town Film Studios, had its studio booked till the end of the following year and had to turn down several foreign shoots. In 2018, British-American film Mowgli: Legend of the Jungle was shot in Durban, as opposed to India where the film was set and premiered, because of a “budgetary issue.”

The combination of the weak rand and the government incentives is such a great deal that it is almost a giveaway. Of course, foreign productions are milking this opportunity. Even filmmakers from African countries with weaker currencies than the rand are taking advantage of SA incentives and grants, in spite of the fact that they do not have the currency exchange advantage that the Americans and Europeans have. The rand is stronger than the Nigerian naira, for example, but some Nigerian filmmakers opt to shoot in South Africa for the benefits. During the UK/Nigerian Creatives Trade Mission in TV and Film hosted by the UK Department for International Trade in collaboration with White Harvest in March, 2022, a filmmaker, Victoria Thomas, revealed that she is currently filming a Nigerian story in South Africa, largely because of subsidies and grants from the South African government.

South Africa certainly has much of the necessary infrastructure, too, whether technical, structural or in terms of expertise. As far back as 2012, Chronicle, a hit Hollywood movie, was filmed in SA with the facilities of Cape Town Film Studios. The movie eventually went on to earn $126 million in global cinema ticket sales, although the filmmakers spent merely $12 million in production costs. Even before then, after producing Hotel Rwanda in 2004, A. Kitman Ho, an American producer who had been to SA in 1995 to film The Ghost and the Darkness, remarked that he noticed immense changes in terms of film production infrastructure in SA, and that “The government has created a sound infrastructure from which producers can work.” It definitely helps that South Africa has such a diverse landscape and “just about any familiar scenery on the planet.”

Sure, there is a lot that can be improved on, such as the inadequate local and global distribution network. But almost any film and any setting can be shot in South Africa. Plus, the track record of the country’s skilled production crews says more than enough.

Other factors that contribute to SA’s success include the reasonably consistent government policies (at least, with respect to foreign productions investing in the country), the considerable security, and the fact that the government prioritises the protection of tourists and visitors; the country’s English speaking workforce as well as its cultural and racial diversity, and even its reliable weather, to mention just a few.

So, essentially, the country’s weakness, in terms of its currency, is one of its biggest strengths. But it would have been no strength at all if all these other factors did not contribute. The US and Europe have most of the good stuff, from beautiful locations and security to filmmaking infrastructure and government incentives. They even have valuable currency. But it is in SA’s weak currency that many American and European filmmakers find the value in their pounds and dollars. And while many African countries have weak currencies and beautiful locations as well, they lack the other benefits that would make them appealing.

The best part is that South Africa is benefiting from this influx of foreigners. In addition to the much needed provision of jobs, the development of skills and the growth in tourism, the country’s economy is feeling the effects. Between 2016 and 2017 alone, SA’s film industry reportedly contributed R5.4 billion, approximately $464 million, to the country’s GDP. In 2019, the industry contributed R7.2 billion to the economy. Unfortunately, the COVID-19 pandemic resulted in massive loss to the industry, due to lockdowns and travel restrictions. But the South African film industry is one with great potential, and there is little doubt that it will bounce back.