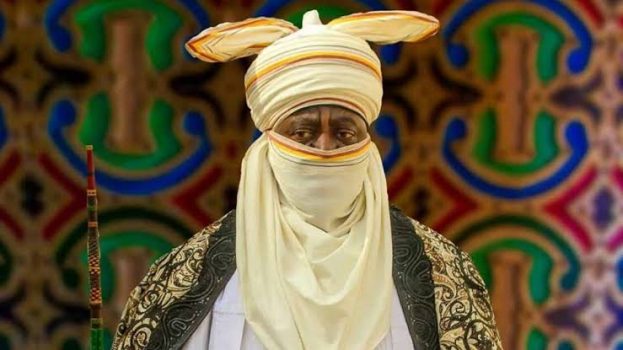 Drawing the Line Between Respect and Power Thirst

One of the rudimentary values of being Nigerian – or African generally – is being respectful. Respect for elders, or for superior authorities forms an integral part of our belief, as it is extendable to other aspects of our lifestyle; reverence for religious, traditional, and political leaders, exercising one’s fundamental right, being passive in the face of abuse or aggression, etc.

A still trending story on media spaces is the three-day ultimatum given by the chief protocol officer, Isah Bayero for the Emir of Kano, Aminu Ado-Bayero, to Air Peace airline to apologise for “disrespecting” the Emir and the people of Kano. Much to the chagrin of Isah Bayero, the airline turned down his request to delay a flight headed from Lagos to Kano for the Emir and his entourage, as the group’s flight by the same airline from Banjul, Gambia, was also delayed by an hour, causing them to arrive late at the airport in Lagos.  While the airline denied the allegation by stating that it acted in the best interest of the Emir himself and the passengers already on board the flight, the monarchy insists that their actions were “totally wrong and unacceptable” and the airline had a moral duty to accommodate them.

In a way, the emirate’s expression of displeasure in the situation is understandable. Nigerian airlines, from reports from unsatisfied travelers, have a bad-standing history with flight delays, flight cancellation, and other related matters associated with air travels, which can be exasperating. That said, to insist on an apology for an airline’s refusal to put over 100 passengers at a discomfort over a small party agreeably crosses the line.

For Africans, having respect is encompassing. Africans are taught respect from the simplest structural unit (the family), up to larger community structures. We pride ourselves in our politesse, and how it sets up apart from the westerners, in the manner with which we behave towards figures of authority: the way we greet, salute, and the general mannerism and disposition when we interact with the elderly. For example, to greet, the female bends with her knees touching the floor, while males prostrate with their chest to the ground. When speaking, one avoids direct eye contact as well as pointing directly, as these are considered rude. A younger person listens, never talks back, never questions, and more importantly, never disobeys the elderly.

It is natural to expect or demand respect by merit of having higher authority. But it is also worth considering when this demand for respect becomes a means to abuse power.

Without realising it, it is easy to abuse the position of authority or status, by simply implying that the subordinate is culturally obligated to obey instructions.

To begin with, in the family institution, where parents have a direct influence on their children, parents may tend to exert that power and impose a sort of authoritarian rule over their children. This exertion of power forces children to be passive, never questioning their parents’ decisions, or even speaking up for themselves. In the long run, children with self-esteem issues become adults.

In workplaces, employees are expected to never question their employers. A deviation from this is regarded as insubordination. While trying to research for this piece, I read this article where the writer celebrated his so-called “keeping cultural values alive” in his standing while speaking to his employer.  This is backwards, and eventually stifling to organisational growth.

In the tertiary education system, the system does not differ. There, university lecturers are feared and students are cautious in their interactions with them, for fear of their academic work being truncated or ruined. International students that pursue further education abroad have testified to the cultural shock they are meted with, in contracts to the rapport that students can form with their western counterparts. A lady shared her experience of being victimised by her supervisor during her undergraduate research, for supposedly being “disrespectful” simply because of a rift in research interests. This is just an example from many. Students are afraid to ask questions, afraid to speak for themselves, etc.

In the defense corps, the police demand to be respected because they put on a badge, even when they try to cut corners. Soldiers abuse their powers on pedestrians. Every other day, there’s a story of a soldier assaulting unarmed citizens. One time, there was a story of soldiers beating up persons for dressing indecently. A rich “big man” cuts queues because of his affluence. Religious leaders are exalted as highly as their deities.

The crux of this deflective cultural regard for respect is felt at the national leadership spheres where leaders continue to oppress their citizens without flinching. It tends to be difficult to call out government officials because of “respect” for their office or position.

A BBC report on the former President of Zimbabwe, Late Robert Mugabe, suggests his extended tenure as president of the country is somewhat tied to its people’s deep-rooted respect for elders. Even when Mugabe’s veteran leadership history credentials waned off with the collapse of the country’s economy and repression on political oppositions, there was still lingering respect for Mugabe, as the president who delivered them their independence.

Fortunately, young Africans are not left without respite. Every day cultural norms are challenged, and existing structures of orders are questioned and reassessed. Parents, for one, are beginning to access the “tough love” parenting, and more, young people, are becoming more expressive and daring.

In 2018, the Nigerian President, Muhammadu Buhari, signed the “Not Too Young to Run” bill into law, which lowered the age for contesting electoral positions to 30, allowing younger people to engage in politics. The Internet, too, has largely become a social platform for not only expression but as a device for advocacy where change can be facilitated.