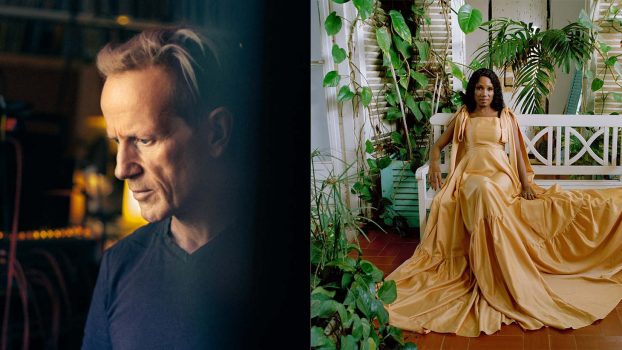 The Rose of Bamako, Rokia Koné, Blooms for the World in “Bamanan”

Anyone familiar with African music knows that the continent has always flourished with intimately spiritual melodies, dating several generations past. And for the Malian chanteuse and griot, Rokia Koné, this reality continues to bloom. The singer, who is also a member of the Les Amazones d’Afrique – an all-female music group that has housed heavyweights such as the Grammy-winning Angélique Kidjo, Mamani Keita, Kandia Kouyate, among others — has now teamed up with the Grammy-winning Irish hitmaker, Jacknife Lee (who has worked with One Direction, Taylor Swift, Modest Mouse, etc.) on a studio album dubbed, Bamanan.

Bamanan which thrives for its breathtaking sonic experimentation spotlights the beauty of African griot music. Woven with poetic lyricism strung in Koné’s native lingua, Koné’s Bamanan pays homage to ancient Malian culture, as the music retells epics of Ancient Malian figures such as the Malian hero and founder of the Mali Empire, Sunjata, (as seen in songs like “Soyi N’galanba” and “Bambougou N’tji.”), and other female heroines such as the singers of Wassoulou (as seen in the song titled “Mansa Soyari”).

Rich in culture, vocal dexterity, and raw emotion, Rokia Koné has taken her griot artistry a notch higher, by warping it in the soulful music of Jacknife Lee, giving Bamanan a fighting chance for more recognition on global music spaces.

Koné, who is also known as the ‘Rose of Bamako,’ moved from Dioro, a small town in Southern-Central Mali, to the capital city of Bamako, when she was a child. She started pursuing her musical dreams, nursed during the early days of singing in her parent’s courtyard. She became a backing vocalist for the Malian superstar, Alia Coulibaly. Her grit, golden voice and profound artistry spun her in the direction of the Les Amazones d’Afrique, which became her springboard into the global spotlight. Yet, no matter how wide her global appeal remains, Koné remains the golden rose of Bamako, steadily prioritising artistic authenticity, from her jaw-dropping performances in Malian Marquis clubs to her entire discography.

Within Bamanan, there are special gems. From sonical delivery, to poetic lyricism, down to the tracklisting of the project, the sound piece soars with a mesmerising momentum that keeps you hooked from start to finish. As the album peaks with high energy from the start, the fourth track “N’yanyan” takes a drastic solemn dive, giving the album the right amount of breathing space. The ballad, which was actually recorded on the eve of the coup d’etat that rocked Mali, in August 2020, is an ancestral hymn that underscores the vanity of life and gives hope to the spiritually impoverished.

For non-Malians, Koné might sound like a preacher and her melodies like prayers. For some others, it might be nonsensical babbling with evocative vibratos and mind-nerving mood music. For others, it is therapeutic music. But for those who absorb themselves in the magic of African music, Bamanan is pure sonical gold. While it pays homage to culture, it also fights for humanity. The song, “Kurumba,” is an anti-patriarchal anthem, condemning the maltreatment of women in society. Within her music, Rokia Kone sings with storytelling, creating fictional characters and actual plots. “Kurumba” tells the story of a woman who, when freed from isolation, and on her daughter’s wedding, sang the song to her captors, and they all turned to dogs and fleas. With Bamanan, the list of these stories is endless. All ten tracks bloom with folk storytelling that make the whole project feel like a movie from a millennia ago.

Melodically, Bamanan works for an album. Flushing with bass, synths, traditional percussion and Mande guitar grooves, the project injects Jacknife Lee’s progressive EDM-esque energy into Rokia’s griot melody. This collaboration is proof that African music is indeed the sound of the past as well as the future, and that Lee’s chemistry with Koné is the epitome of sublime transcontinental sonic fusion. Intriguingly, Lee, whose specialty rests in hollowed synths and stadium-type melodies, nitpicks his artistic connection with Koné to allow for her own artistic individuality to soar. It was not a battle of egos; Lee understood the texture of Kone’s voice and adapted, intimately, his melodies to it. Like a master at work, Koné’s vocals shine for every nuance, breath, infection and melismatic improvisation. One can only imagine what method there is to creating futuristic music, and Lee and Koné are already on top of that game. 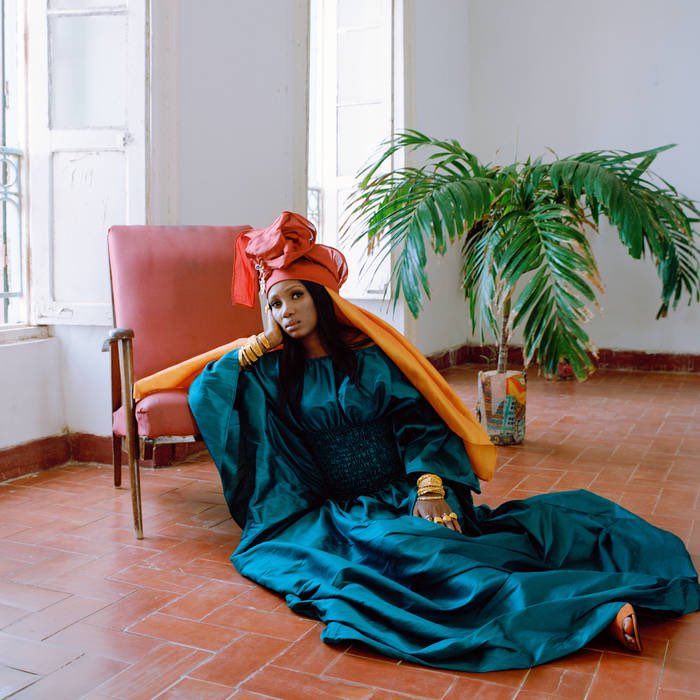 Interestingly, while Bamanan was born out of unforeseen and seized opportunities, (one of Koné’s tours in Paris with Les Amazones d’Afrique, a band rehearsal in Mallorca, Spain, among others), the album seems to be just exactly what the world needs at this moment – a trinity of calmness, hope, and passion.

Bamanan is effective as a blueprint for artistic collaboration and genre-experimentation that still thrives with artistic authenticity. It is a tributary soundpiece that reshuffles the role of women in history, and a proud illumination of the beauty of ancient griot music in Africa. While it answers several questions on history and identity, it unlocks new mysteries and curiosities on the template for the future and the survival of ancient African melodies in global musicdom.