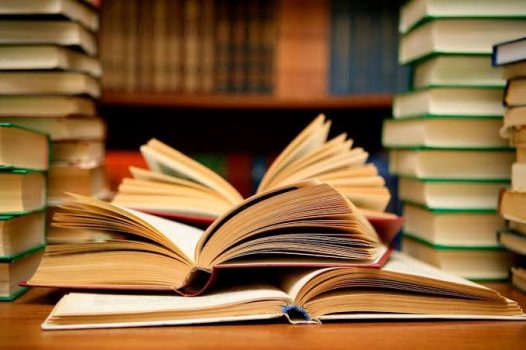 Ten Nigerian Authors Whose Books Should Be Back In Circulation

Over the decades, there have been fluctuations in the growth rate of Nigerian reading culture. The African Writers Series (launched in 1962 by Heinemann Publishers) and the Pacesetters Series (conceived in 1997 by Macmillan Publishers) treated Nigerians to a lot of books, including Chinua Achebe’s Things Fall Apart, Kalu Okpi’s The Smugglers, T.M. Aluko’s One Man, One Machete and J.P. Clark’s America, Their America.

However, the reading culture in Nigeria witnessed a massive decline between the mid-1980s and the late 1990s. The collapse of the Nigerian economy in 1984 dealt a major blow to the Pacesetters Series, and whereas in the 1960s authors could sell copies of their books in multiple figures – Ogali A. Ogali’s Veronica My Daughter sold 100,000 copies – publishers no longer had the resources to even roll out multiple titles.

With the advent of audiobooks and e-books, as well as the success of authors like Chimamanda Ngozi Adichie, Teju Cole, Elnathan John and Chika Unigwe, the reading culture is experiencing a resurgence of sorts. Modern publishers like Cassava Republic, Paressia Publishers and Ouida Books do their best to churn out titles year after year, and book clubs are sprouting all over the country from Lagos to Port Harcourt, but the young generation still has to connect with books from the past, and understand what African literature looked like in the 1970s and 1980s. Here is a list of Nigerian authors who published books back in the day, and whose work should be back in circulation: 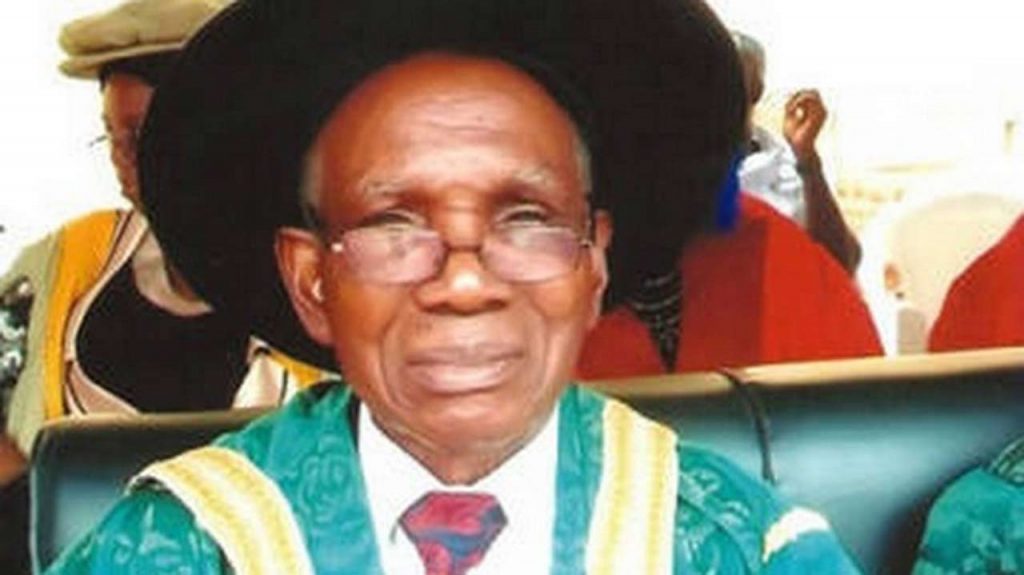 Anezi Okoro, born in 1929, is one of Nigeria’s oldest living writers. A pioneer medical student of the University of Ibadan, he is the first dermatologist in West Africa, and the second in Africa. He is an emeritus professor of Medicine at the University of Nigeria, Nsukka.

Okoro is the author of children’s novels such as One Week One Trouble, Double Trouble, The Village School and The Village Headmaster. He also published a book called Akuko Ufodu Shakespeare Koro, an Igbo translation of Charles and Mary Lamb’s book Lamb Tales from Shakespeare. 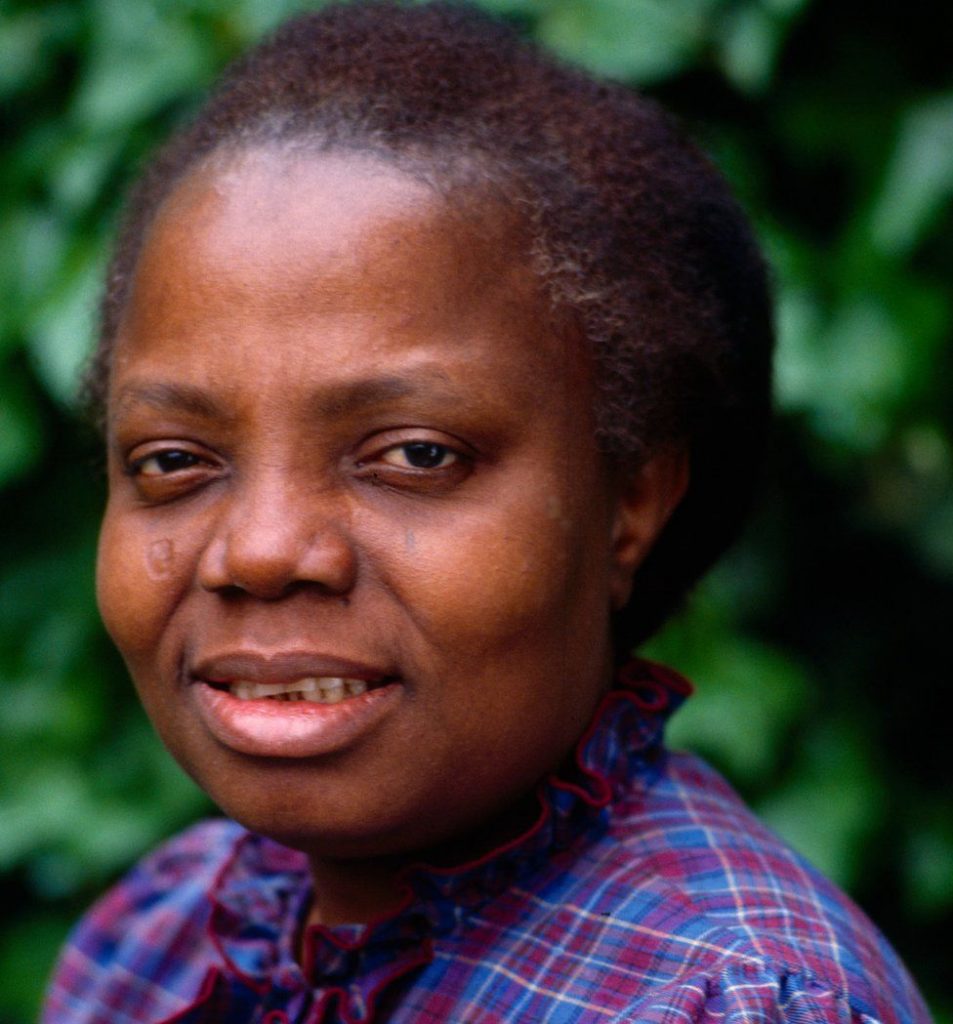 Florence Onyebuchi Emecheta was a Nigerian novelist. She was born in Lagos in 1944, but moved to England in 1962. As a child, she was initially kept at home while her brother was sent to school, but her parents later changed their minds and sent her to Methodist Girls School, Yaba.

Emecheta got married at the age of 16, but as she revealed in her writings, the marriage was unhappy and sometimes violent. Her husband burned her first manuscript, which she had to rewrite. At the age of 22, she left him while she was pregnant with her fifth child. She obtained a bachelor’s degree in Sociology from the University of London, and would later earn a Ph.D. from the same university.

Emecheta, widely regarded as one of Nigeria’s pioneer women writers, was the author of several novels, including Second Class Citizen, The Bride Price, The Slave Girl and Joys of Motherhood, among others. Her autobiography, Head Above Water, was published in 1984. She died in January 2017 at the age of 72. 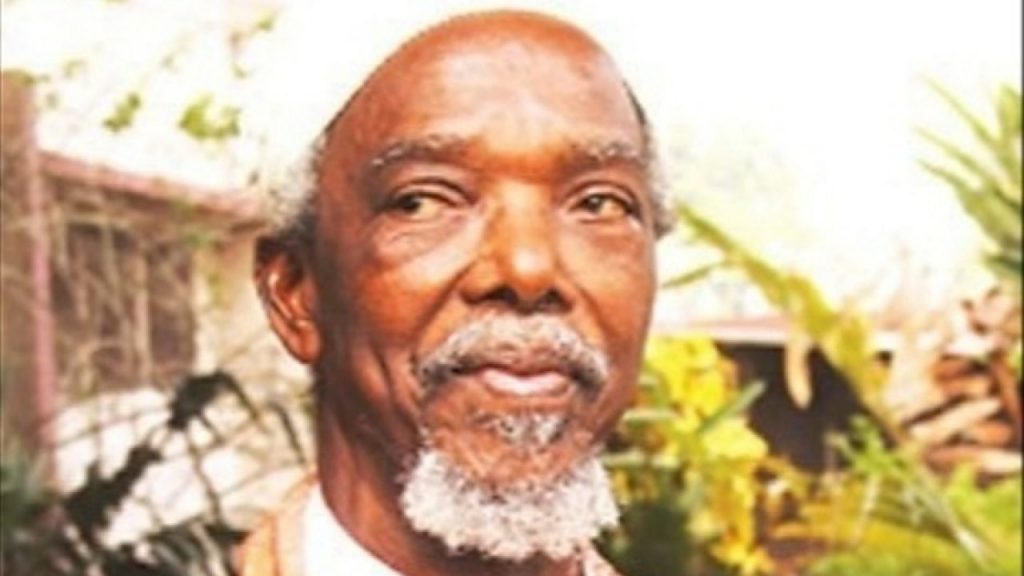 Born in Anambra State on April 28, 1931, Vincent Chukwuemeka Ike was a Nigerian writer and educator. He studied History, English and Religious Studies at the University of Ibadan, and went on to obtain a master’s degree from Stanford University. He had a brief stint as a registrar at the West African Examinations Council (WAEC).

Ike’s novels include Expo 77, The Potter’s Wheel, The Bottled Leopard, and Our Children Are Coming. His books were known for heavy sprinklings of humour and satire. He died in January 2020. 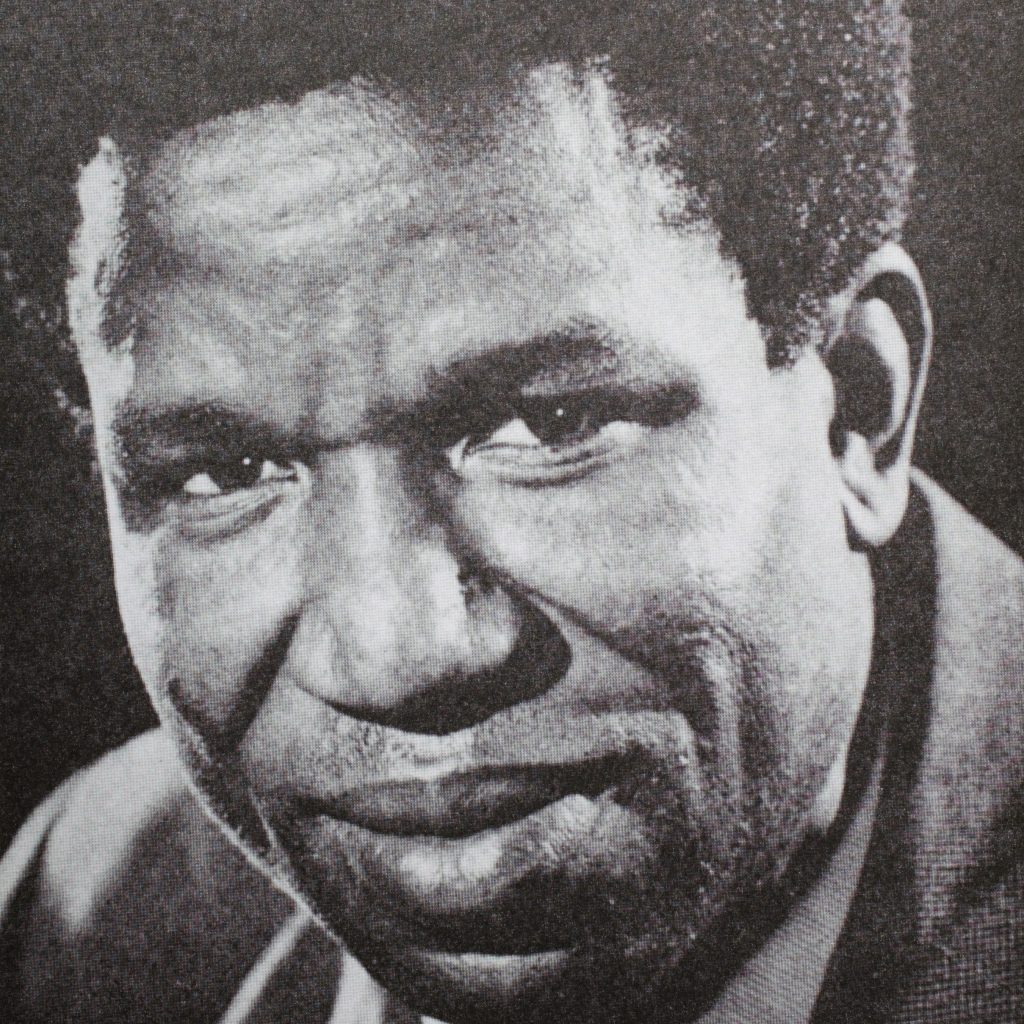 Cyprian Ekwensi, born at Minna in Niger State, was an author, teacher and broadcaster. He studied Pharmacy at the Chelsea School of Pharmacy, University of London. He had a short stint as a teacher at Igbobi College, Lagos.

Ekwensi worked as Head of Features at the Nigerian Broadcasting Corporation (NBC) in the 1960s, and later went on to be Director of the Ministry of Information. During the Civil War, he served as chair of Biafra’s Bureau for External Publicity.

Ekwensi’s books include Juju Rock, An African Night’s Entertainment, Samankwe and the Robbers, Drummer Boy, People of the City and Burning Grass, among others. He was an integral part of the Onitsha Market Literature scene, which rolled out nearly 500 titles between 1950 and 1966. He died in 2007. 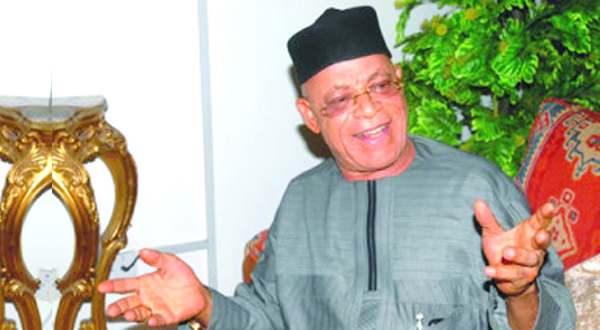 Eddie Iroh, born in 1945, is an author, columnist, and broadcaster. He was a pioneer staff of the Nigeria Television Authority (NTA), where he worked as the Controller in Charge for Features. He was also a part of the pioneer team at the Guardian Newspaper, where he edited the Sunday Magazine. In 1999 he was recruited by (then) President Olusegun Obasanjo to work at the Federal Radio Corporation of Nigeria (FRCN), where he had a brief stint as Director-General.

Iroh’s books include Without A Silver Spoon, Toads Of War, Banana Leaves, Forty-Eight Guns For The General and The Siren In The Night. 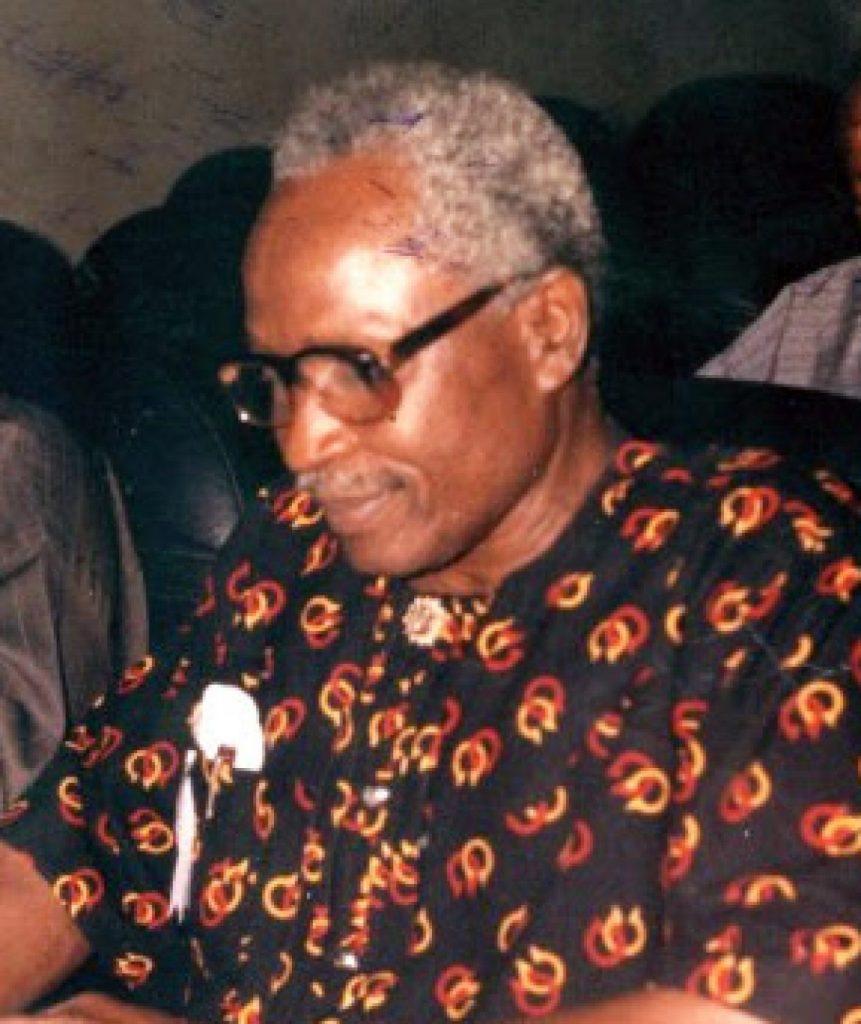 Elechi Amadi, born in May 1934, was a novelist, playwright, and educator. He obtained a degree in Mathematics from the University of Ibadan. He worked in the Rivers State government as a Permanent Secretary, Commissioner for Education, and Commissioner for Lands & Housing. He also had a stint as a lecturer at the Rivers State College of Education.

Amadi’s work focused primarily on pre-colonial African customs and beliefs. His books include the critically-acclaimed The Concubine, The Great Ponds, Sunset in Biafra, The Slave, Estrangement and When God Came. He died on June 29, 2016. 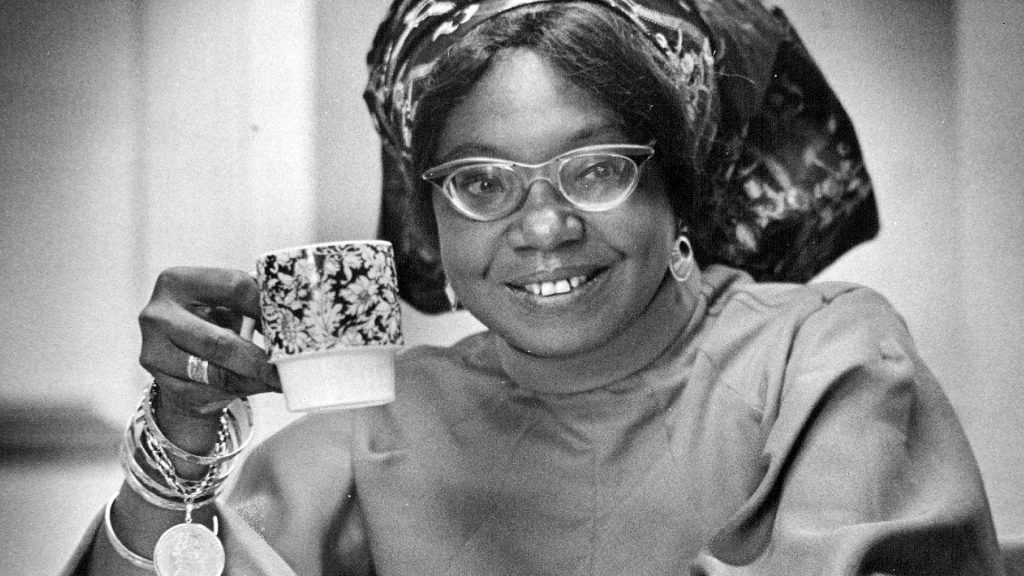 Florence Nkiru Nwapa was born on January 13, 1931. She is the first female African novelist to have her work published in English language, and she is fondly regarded as “the mother of modern African literature”.

Nwapa obtained a bachelor’s degree from the University of Ibadan (then University College, Ibadan), and went on to obtain a diploma in Education from Edinburgh University, Scotland. During the Civil War, she participated in the rescue and rehabilitation of orphans and refugees. She founded Tana Press in 1974, becoming one of the first African women to own a publishing press.

Nwapa’s novels include Efuru, Idu, Never Again, One Is Enough, Women Are Different and The Lake Goddess. She was one of the first African authors whose works had women as a primary target audience, inspiring a later generation of writers like Lola Shoneyin, Molara Wood and Adaobi Tricia Nwaubani. She died of pneumonia in 1993. 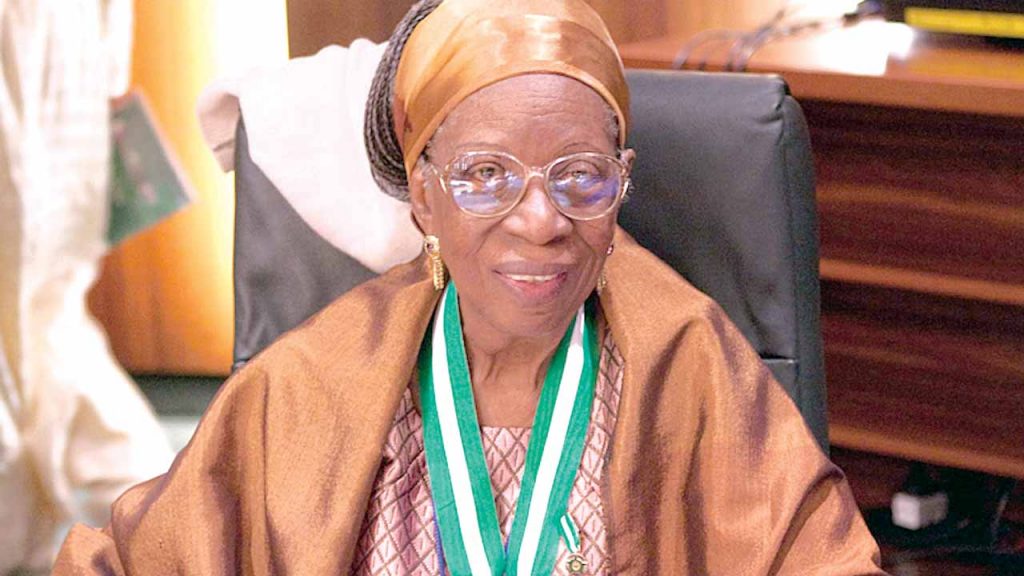 Mabel Segun is a poet, playwright, teacher, and broadcaster. Born in 1930, she graduated with a bachelor’s degree in English, Latin and History from the University of Ibadan.

Segun is the author of My Father’s Daughter, which was published in 1965 and has been translated into German, Danish, Norwegian and Greek. She has also published books like Olu And The Broken Statue, Conflict And Other Poems, My Mother’s Daughter and The First Corn, among others. 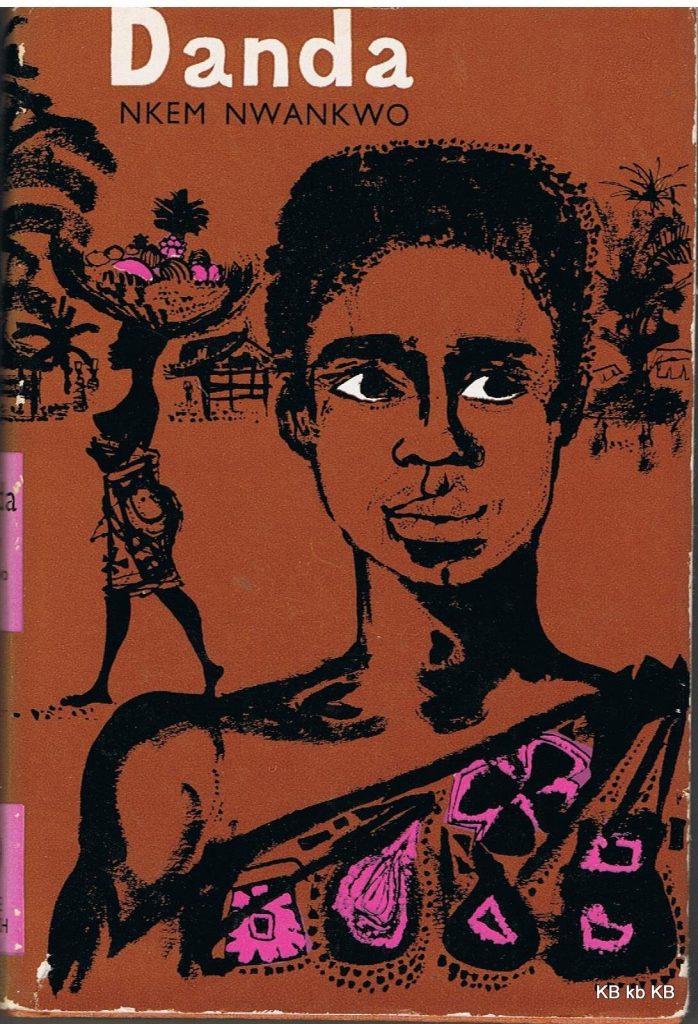 Nkem Nwankwo, born in June 1936, was a Nigerian novelist and poet. He graduated with a bachelor’s degree from the University of Ibadan. He would later obtain a master’s degree and a Ph.D. from Indiana University.

Nwankwo spent the latter days of his life teaching at Tennessee State University. He died of complications from heart disease in June 2001.

S.M.O Aka was born in Ozoro, Delta State on May 3, 1940. He was popular among secondary school students in the Niger-Delta region for his books that chronicled post-civil war Nigeria.

Aka’s works include Midday Darkness, Stories From An African Village, Cheer Up Brother, The Weeping Undergraduate, My Father’s Car, Medicine For Money and The College Days Of John Ojo.

Aka spent the last years of his life in Benin City, Edo State. He died in 1999.

These authors not only wrote books that are relevant to the discourse surrounding Nigerian literature, but they also documented our history as a people. Beyond the nostalgia occasioned by mentions of their names, their works were (and are still) necessary, they should be immortalised, they should be back in circulation across the country’s public libraries and bookstores. Documentation has always been a major problem in Nigeria, but we can start solving it by getting these writers and their titles back to bookshelves.