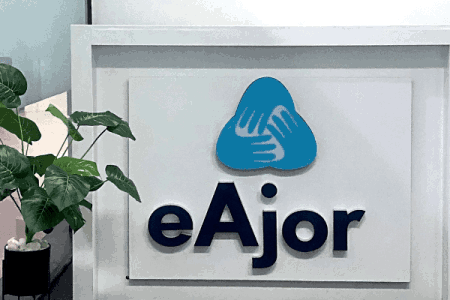 Intimidation, blackmail, and aggression are the trademarks of Africa’s informal money lenders…

Every other week, the media is awash with news of employers dealing terribly with their domestic helps. These news publications are often accompanied by photos that show these helps, mostly underage children, with bodily lacerations of various types. However, the news that filtered in recently was beyond shocking, even for people who are jaded by such stories. Sources revealed that a woman, a Mrs. Ogbonnaya, seized the five-month-old baby of her help because the latter could not repay a loan the older woman gave to her.

As though that was not shocking enough, there were reports that the baby named Chidubem was starved to the point that he looked more like a bag of bones when the news started making the rounds. A few days later, Chidubem died, ostensibly from complications surrounding his starvation. It is obvious that there was a terrible power play at work in this instance. It must have taken a great deal of entitlement to think that a child is sufficient payment for any loan, even one up to the tune of two hundred thousand naira.

Even though the details aren’t clear, and also taking into consideration the fact that news that makes its way into the public is seldom the unfiltered version, it might not be far-fetched to describe Mrs. Ogbonnaya’s actions as callous. However, while being outrageous, what she did is not entirely outside of the accepted level of actions most informal loan sharks take in Africa. The series of events have more insidious implications, a pointer to the nature of Africa’s unregulated informal lending institutions.

The great bulk of the African population makes little or no use of formal savings and especially lending institutions. The reasons for the reluctance to use formal institutions include the fact that they offer relatively low returns. Most banks and other financial institutions give zero or no interest to those looking to save their money using their services. Conversely, they charge high interest to loan seekers. This discourages those looking to obtain loans and grants.

Similarly, there is the problem of hegemony and uneven distribution of access to loans. The unrealistic demands from these formal lending institutions, such as the requirement of collateral, often disenfranchise small business owners. Hence, access to loans, most times, appears to be the exclusive preserve of the already wealthy. Finally, Africans, especially low-income earners, are distrustful of the authorities. Using formal lending services means leaving a trail of records, records that may be scrutinised by government revenue officials.

In most cases, then, people often have to resort to informal means of accessing loans. One of the most popular ones is known as fixed fund associations. Here, participants give savings at regular intervals to a treasurer, who holds them for safekeeping and then returns the lump sum at the end of the year. Officers of the groups often lend money to members and nonmembers, usually with interests.

It is relatively easy and straightforward to obtain loans from these informal sources. For example, in such places as Northern Nigeria, agricultural lending among relatives, acquaintances, and neighbours is the norm. Esusu collectors in Ghana can take a decision on a loan request within one minute simply by looking on the card on which deposits are entered to ensure that borrower is a regular depositor.

For a moneylender, new borrowers are often introduced by persons a lender knows quite well and who are prepared to guarantee payment with their word. This confines their locus of operation to small areas. Mobile loan apps are also on the rise. The ease of the accessibility of loans being the chief attraction for users.

These informal loan systems operate outside of the purview of the formal authorities. In most of these cases, where loans are personal and granted to family members and friends, there is often no system to recoup loans. Lenders then usually resort to practices reminiscent of loan sharks of the criminal underworld.

For instance, a review by the Bank of Papua New Guinea and IFC, the International Finance Corporation, into financial consumer protection laws, lenders, and practices in Papua New Guinea, found a significant proportion of lending to people in the country is by unregulated money lenders. These lenders offer “abusive rates of interest” and can indulge in “extremely aggressive” practices to collect debts – such as making threats, physical violence against debtors and their families, and damage to property.

In addition, in South Africa, neighbourhood moneylenders known as mashonisas use customers’ ATM cards to withdraw the money owed to them at month end before returning the cards to their owners and typically charge a monthly interest of 50 percent. Sashnee, a borrower, recounted how the loan sharks visited her at her workplace, informed all her colleagues about her debt, and continued to intimidate her afterward.

Loan apps are notorious for naming and shaming people who are late on payments. They often send messages to family and friends of debtors, informing them of the debts. The messages, which are often scandalous and even libelous, breach the debtors’ privacies and have telling effects on their psyche. Kiragu, who was at the receiving end of such “harassment” from Uganda’s popular mobile lending app, Okash, was so traumatised that he opted for a pseudonym while sharing his ordeal with news outlet, RestofWorld.

Intimidation, blackmail, and aggression are the trademarks of Africa’s informal money lenders. Vestiges of it can be seen playing out in baby Chidubem’s case. Of course, borrowers sometimes engage in dubious practices, especially if they believe they can evade the lenders. They have been known to cook up elaborate stories, and may even decide to get away with their debts if they can. Undoubtedly, the use of force might be necessary for instances of loan recovery. However, it ought not to be arbitrary or wanton. This is why the law regulates formal lending processes, ensuring that loan recovery is humane and that force, when employed, is necessary and proportionate.

In Nigeria, for instance, the Hire Purchase Act, Pawnbrokers Act, Money Lenders Law of various states etc., all regulate granting of credits and loans in the formal sector. A glance at the statutory provisions in such laws will reveal that there are robust provisions that govern what serves as money lending, the rights of both lender and borrower, and the recourse of each party if there are defaults. Unfortunately, these laws often exist only on paper and are rarely enforced. For instance, the massive data breaches mobile app lenders engage in only started receiving attention not too long ago in Nigeria and Kenya, even though a formal data protection law exists in both countries.

And more importantly, the laws often do not capture or govern lenders in the informal sector.

Hence, there is an urgent need for regulators to step into the system and correct anomalies. Heart-wrenching cases such as the one in this essay should not exist at all. No one should be so powerful as to seize another human being, a frail baby, in lieu of a debt.

Glimpses of hope are apparent now. For instance, in Kenya, President Uhuru Kenyatta approved a new law that gives the country’s monetary authority, the Central Bank of Kenya (CBK), the power to regulate the industry and take action on those that violate consumer privacy.

The hard stance African governments are taking on data privacy issues relating to mobile lending apps is quite commendable.

However, this is hardly enough. It would be great to have a flourishing legal regime that regulates the informal money lending sector, one such as that available in the Americas and in Europe, where there are active illegal money lending associations as well as punishments for infringement. For instance, the UK’s England Illegal Money Lending Team takes a lot of pains to sensitise, educate and inform borrowers of their rights even when they utilise “illegal” and informal money lending operators.

More so, punishment for high-handed practices is often swift and open to the public. For example, in 2018, Richard Moseley, an expert money lender who preyed on about 600,000 Americans, was sentenced to 10 years in prison. His investigation, trial, and conviction were all made available to the public. That definitely served as a deterrent to any other nursing such inclinations.

Hopefully, justice will be served in the case of Chidubem, and such an arbitrary display of might will be punished.

However, while the discourse is still on, African governments need to examine the informal lending practices prevalent in their region. As it stands, it is spectacularly remiss that this huge area is currently overlooked.

Joshua Chizoma won the 2020 Awele Creative Trust Short Story Prize. He is also the winner of the 2021 Ken Saro Wiwa Prize for Review. He has a law degree from the University of Nigeria.