With more tear-jerking moments than the title ;breaded life prepares us for, the movie leaves its viewers emotionally vulnerable…

Built on the overbeaten plot of teaching the spoiled rich kid a lesson, Breaded Life adds a twist that manages to captivate the hearts of viewers. Half way through the movie, I found myself asking the same question seen on the official release photo: “What’s bread got to do with it?” Although likely to win the award for “Worst Title,” it will interest viewers to notice that bread actually connects almost all the members of cast to each other.

The 2021 movie, Breaded Life, by Biodun Stephen made a Netflix appearance exactly two weeks after the director’s latest release, The Wildflower, a movie centred on abuse and assault and the legal system protecting human rights, premiered to critical acclaim.

Looking like a possible sequel to Stephen’s 2016 movie, Picture Perfect, Breaded Life features Jobestina (Bolanle Ninalowo), and Aunty Agy (Bisola Aiyeola). The movie has a lesson-based theme, where a rich, spoilt kid, who hasn’t worked a day in his life lives his own nightmare which eventually turns his life around. Sunmisola (Timini Egbuson), cast alongside Todowede (Bimbo Ademoye), is an entitled 25-year-old who believes he can afford extravagancy because he was born into wealth and luxury. Confronted by his heartbroken mother (Tina Mba), who finally decides it is time to put a leash on her son, she takes away his phone and grounds him, which would later seem like a futile exercise as Sunmisola somehow contacts his friends to come over to his place for a party.

However, unlike the usual cliche, the twist here is that fate made a lesson for Sunmisola. Nothing prepares both he and the viewers for the reality of not owning a penny to his name. Sunmi finds himself in a nightmare where his family and friends have no memory of him, everyone except Todowede, a bread seller who remembers him through Isky (Mc Lively), who incidentally didn’t remember Sunmi.

With every actor perfectly executing their parts, the movie successfully passes a message of self-discipline to its viewers. Every emotion expressed was felt across the screen. From that of a disappointed mother to that of a scared son. The expression of pain and fear exhibited by Sunmi when taken into custody asks questions like “Where do I go from here?” and is notable for the fact that no one welcomes the thought of losing a parent, much less being wiped off the memory of everyone who ever loved them.

Roaming lost, and unsure of what’s next, Sunmi is found by Todowede, who sits to listen to his story and later gives him shelter and food. Yet to see a part she doesn’t deliver well, Ademoye once again gives a perfect interpretation of her character. One will liken her to truly being an Egun woman. Besides her fluency and strong Egun accent, the production team paid attention to details, ensuring that even her name sells the character to the viewers.

Also, Egbuson, who had the spotlight on him, did a good job with his character. Making a fast switch from a soft boy to a street one, his character had the toughest part to play. This is one part he executed so perfectly that it caused chills in and won the hearts of viewers. The film’s flawless scripting and delivery propelled it to the top of the NGN Box Office as of May 2021. It is currently ranked number 10 on Netflix.

Although the theatrical poster of the film leaks a spoiler of a love connection between Sunmi and Todowede, it seems unlikely in their first few scenes together. The character of Todowede was sent to meet Sunmisola to help him find himself and a purposeful existence. In most cases, both characters might be written in a shallow form of “boy meets girl then love at first sight.” Rather, the scripting exposes the reality of life and the worth of every penny. 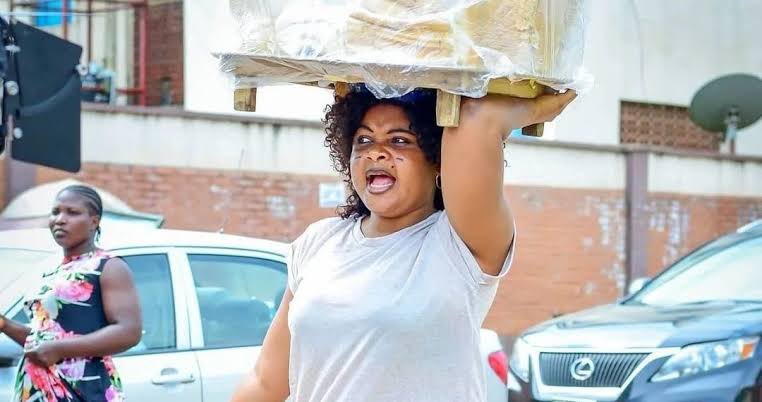 With more tear-jerking moments than the title prepares us for, the movie leaves its viewers emotionally vulnerable. The location manager did a good job of distinguishing the elitist from the rural parts of Lagos. One might fail to notice that the movie was shot in only four locations, and took into detail the struggles of being in the ghetto. The movie also highlights the fact that behind the strong faces, many “street boys” actually have big hearts – just like Jobestina in Picture Perfect. As Jugunu, the thuggish bread factory owner, Lateef Adedimeji embodied his character and pulled it off in the best way anyone could. The viewers are given a little insight into the process and the struggles of making bread, especially our beloved agege bread. It may not look like the most hygienic thing to make, but it definitely requires a lot of physical manpower.

The switch-up of the family losing memory of Sunmi happened so fast that even the viewers were confused. Yes, this probably piqued many people’s interest for an explanation that seemed like it would never come, but as soon as it came, it made a lot of sense.

As movie critics, we believe that for a movie to stick, it must first capture our hearts and unseal the window to our soul. This movie does just that.

‘Breaded Life’ on Netflix is the best Nollywood movie I’ve seen in a long time.

Breaded life plot twist blew my mind.
I was arguing like a mad person that his mum told everyone to ignore him as a means to punish him so he will act right because “typical nollywood” but e shock me mhen

With its impressive acting, directing, story, and production, this movie definitely deserves an AMVCA. In movie production, skill is a necessity, and Biodun Stephen has it in her. Many times, directors trying to write scripts have flopped and totally overturned the essence of the whole production. An instance is Inkblot’s 2022 production, Perfect Arrangement where Chinaza Onuzo doubles as writer and director. Also is City Hustlers written and directed by Ojie Eniola Asuelime where we met a flop caused by bad scripting and equally bad directing. The addition of Instagram comedians has somewhat become exhausting, especially since they do not know when to stop with all the jokes. In Breaded Life, Mc Lively and Lizzy Jay would have probably made me lose it if they had spoken for an additional second.

Although many people are unsure of the turn-out of spending their last 1K in the cinema, Breaded Life is a sure bet worth a three-time cinema run. Embedded with a lot of morals and presented in an intriguing manner, the movie is worth all the hype.

Breaded Life is now available for streaming on Netflix

Blessing Chinwendu Nwankwo, an accountant, writer, and beauty enthusiast, who also has a passion for travel photography, is currently serving in Uyo, Akwa Ibom State. Follow her on Instagram at @bee_patrick_.