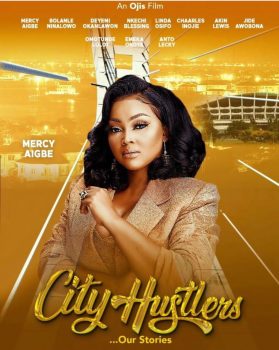 With a plot similar to Jumoke Olatunde’s 2016 Diary of a Lagos Girl, and Mike Ezuruonye’s 2018 Lagos Real Fake Life, City Hustlers is rather underwhelming…

A comedy-drama never goes out of season, and this one will have viewers laughing at every given interval. As a first of its kind, the movie seals a collaboration of art and fashion, and so we have Ojis Media and Khard Fashion Collections to thank for that. In making City Hustlers, beyond showing off the actual struggles encountered by Lagosians, Ojis mesmerised viewers with the beautifully structured and luxurious setting in the city.

Written and Directed by Ojie Eniola Asuelime, the movie which was released into cinemas on March 18th, 2022 no doubt matches up the stories we have all been told about the big city of Lagos. The City of Dreams and Opportunities as repeatedly mentioned on-screen without doubt has been good to many, and bad for as much. The flick tells the story of an average man in present-day Lagos. It shows that not everyone has their bread buttered because they live in the big city.

Asuelime in an interview with New Telegraph, said “City Hustlers is a movie that teaches people how to hustle properly for real, which also talks about time, how to handle situations when they arise; how to handle things for real. We all have seen that the hustle has been misused; so people do a lot of funny things and we call it hustle.”

Centred on Lagos, Nigeria, reportedly the most populated city in the country, and which, according to Macrotrends still records an annual population increase of at least 3.44%. This is as a result of the urbanisation of the city making it a site for potential business opportunities, hence the intra-migration, in search of what seems like greener pastures. As impractical as this might sound in this present day, no one is blamed for dreaming big. A good number of celebrities, actors, and business gurus reside in Lagos and have built their brands in the state. Although a higher average don’t succeed, the Nigerian Spirituality mentality has them hallowing the “it’s not my portion” refrain.

Following in the current situation of Nigeria, with the educational system devalued, there are countless unemployed graduates and future leaders, frustrated, loitering the streets and living lives that make them question the importance of education. In City Hustlers, Asuelime gives hope for a bright future to hustlers and underpaid employees in Lagos. Opening with a flattery view of the recently-renovated National Theatre in Lagos, Ojis made an impressive adjustment to what was beginning to seem like an incessant view of the third mainland bridge in almost every movie. 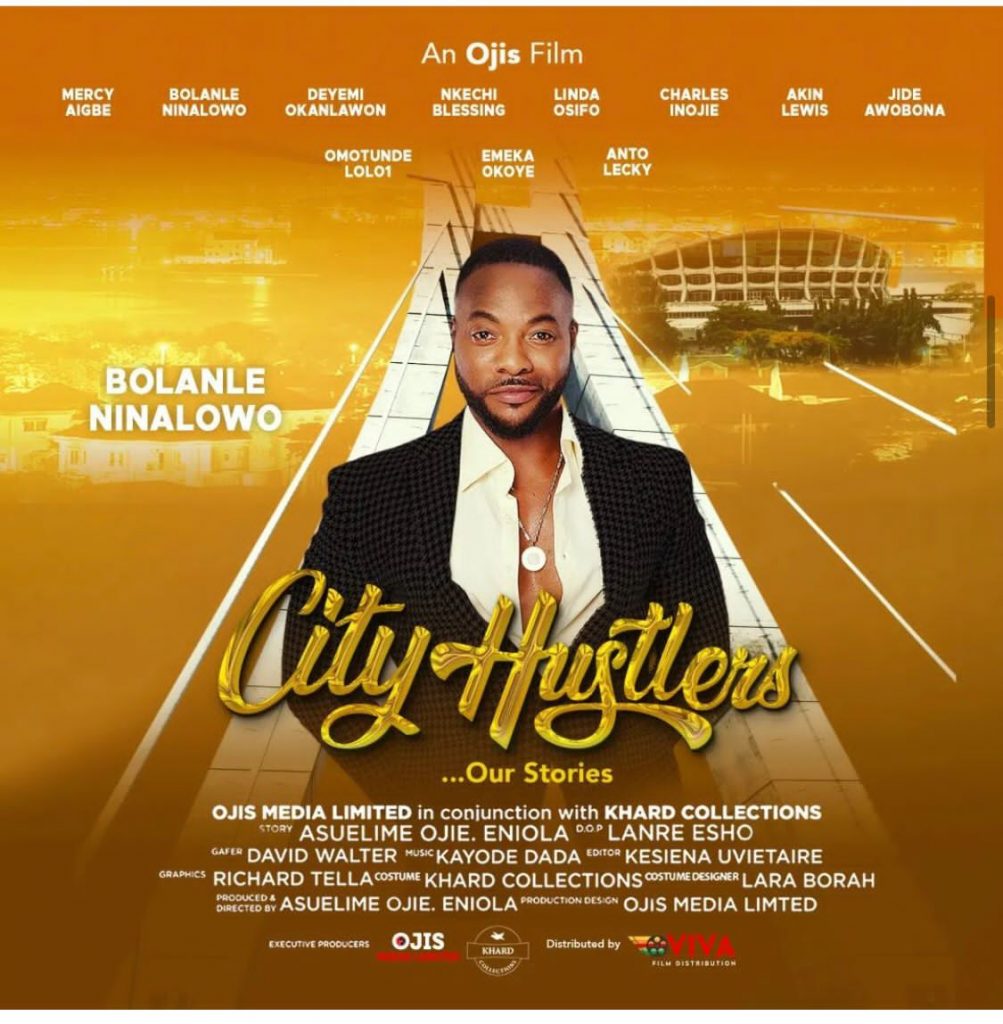 City Hustlers tells a story of different people, possibly inspired by real-life encounters, as deducted from Mercy Aigbe’s post on February 16th in which she said, “We told your stories.”

Kicking off with a young man, Osage (Jide Awobona) confronted by his landlord (Akin Lewis) for paying 6 months instead of a one-year rent. The movie further introduced his character to be a first-class graduate who had come to Lagos to seek opportunities, is faced with disappointments, and is obviously frustrated by his situation.

Next is Ramulta (Nkechi Blessing), the “slay queen” who creates a fake identity, and poses herself online as successful, claiming to live on Lagos Island, and fooling her thousands of followers. She confirms the warning slang, “Believe social media at your own risk!”

Another is a story of a playboy, or gigolo rather, Julius (Bolanle Ninalowo) who lands himself beautiful, vulnerable ladies, who after falling for his looks and built muscles, gets ripped off of their cash and valued possessions, then he absconds. We then have the visionary, Deyemi Okanlawon, who never stops believing he would one day live the Lagos Dream, land a well-paying job, and live amidst the elite, or as Bolanle Austen-Peters will call them, “The Bling Lagosians.”

Like every Lagos movie, the storyline in City Hustlers is no new one. We have the yellow buses (Danfos), crowded streets, the slums, the “fake life gang,” the real big guns, and the luxurious island.
With a plot similar to Jumoke Olatunde’s 2016 Diary of a Lagos Girl, and Mike Ezuruonye’s 2018 Lagos Real Fake Life, City Hustlers is rather underwhelming.

We experience a beautiful movie with bad plotting and directing. In view of its carefully-selected cast list, one would expect something rather spectacular but is rather faced with disappointments that would likely have you questioning your trip to the cinema. The movie features A-list actors — Akin, Aigbe, Ninalowo, Deyemi, Jide, Osifo, and many others, who definitely ate up their roles, as well as popular comic actor, Charles Nnojie who, as usual, cracks us up with his jokes. In its quest to accommodate so many unnecessary characters, the movie becomes disjointed and unorganised. Viewers will likely feel lost, even with their eyes locked to the screen.

For instance, what exactly is the role of the other tenants in the movie? Why did Anto Lecky have to make a one-scene appearance? How did Jide go from jobless and locked out by his landlord to owning fleets of cars as he rightly said? Also, how does Mercy Aigbe just give out 10 million naira to a man, and buys him a car worth millions when she’s not even the owner of the company? How did she go from heartbroken to married in just two scenes? There are lots of loopholes in this work, and it casts a bad light on the director, therefore, making it difficult to meet his vision, and, for him, to achieve his purpose of sending out his message.

Further, for a movie co-produced for a fashion label, Khard Collections did little or nothing to sell their brand. As a fashion brand co-producing a movie, the label deserved more than being reflected as a location for bump-ins and a brand dashing off free international jobs. When this collaboration was announced, I had so many wonderful images in my head of what Nollywood could do differently with this opportunity. Giving a little bit of Disney’s Cruella or a showoff wardrobe content as in Coco before Chanel, wouldn’t be a bad way to boost digital sales for Khard. Instead, we had everyone on screen, including the owner of the label, dressing averagely. Literally everyone, asides Aigbe and Osifo who no doubt brought their fashion sense to work, is guilty.

With good acting from the A-listers (not like we expected less), it would have been better if Asuelime had focused on building the plot, and solidifying the stories around the lead actors, rather than working around unnecessary characters whose presence only stretched the movie’s running time with no notable impact or message sent.

In all, City Hustlers is a good watch. Hopefully, the beautiful actors and detailed view of the city as captured by the cinematographer will be compensation for viewers’ time. And with his next movie, In Circles scheduled for release sometime in April 2022, we look forward to getting something better from Asuelime.