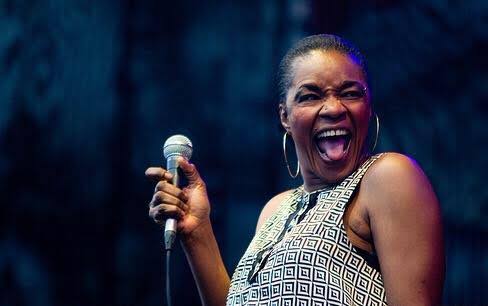 …despite several centuries of fusing other western genres, such as RnB, Hip-hop, and so on, folk music has survived…

If history has taught us anything, it is that it is only as valuable as how it is kept. Long before SoundCloud libraries or even electronic mails, Africans had always been storing information in their music, and in their art, generally. From communal bonfire chants to a mother singing to her teenagers over supper, Africans had always found a way to preserve their traditions within the sonical walls of folk music.

Before the early influences of our colonial masters, African music flushed with the beauty of vibrant energies, introspection and complex compositions. Nonetheless, despite several centuries of fusing other western genres, such as RnB, Hip-hop, and so on, folk music has survived. And it is evolving constantly within the space of some progressive and experimental singers. Here are five female West African folk musicians you might just need to know: 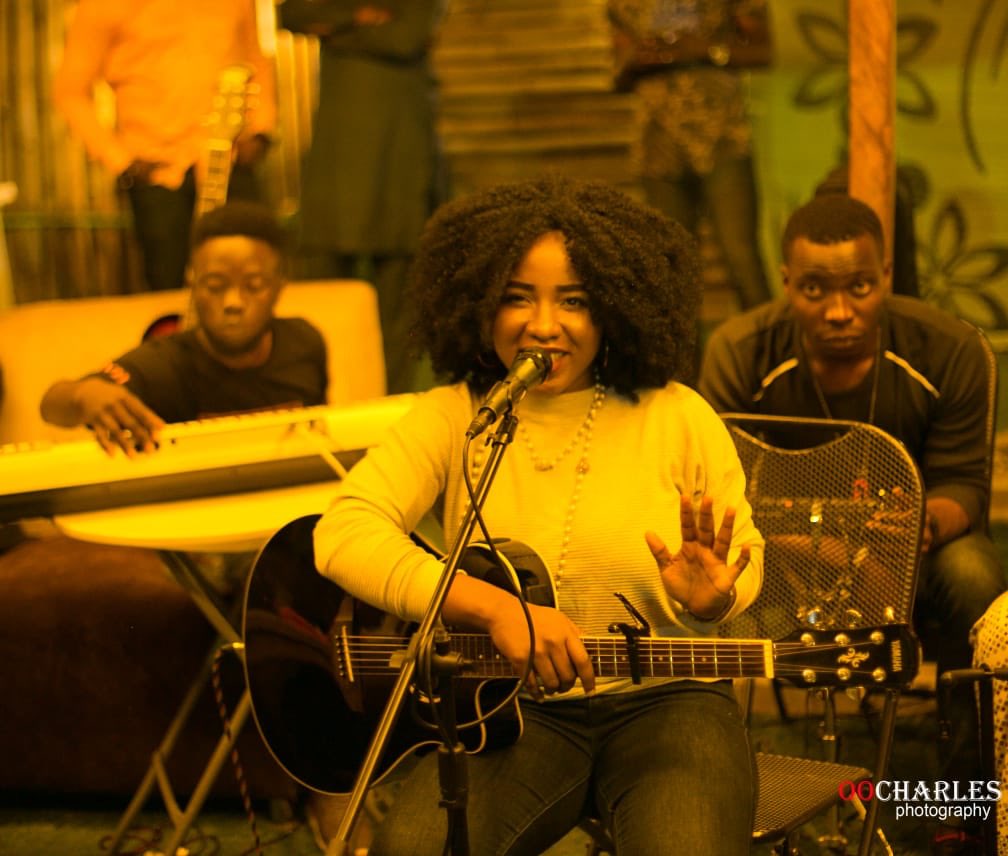 “We were lost,” she whispers, gently, over a virtual chat. “We were losing our melodies, our heritage, our identity. I had to reclaim that.”

Blessing Tangban is not a stranger to the African music scene. In 2017, she stepped out with her debut album dubbed, “Free,” and it marked the renaissance of ancient melodies from the Ejagham people of Cross River State, in Southern Nigeria. Her melodies are futuristic, as she melts her slow-tempo RnB influence into the fast-paced native melodies. The brew for the African-ness of the melodies are far beyond just the backing music; but in the lyricism itself. Tangban generally paints her vocal portraits over fused folklore combining Cuban percussions, Reggae drums, amongst other tropical sonic elements that colour her discography.

The young singer, who is currently studying for her doctorate degree in public governance has crafted her career with some sort of carefree abandon, that seems so driven towards the music, and far from the commercialisation of it. And for singers with such repute, the quality of the music is like a ‘high,’ edging them towards the vertices of perfection itself. And in her latest EP titled, “Out Of The Ordinary Feel,” Tangban stretches this philosophy. So far, her work breathes of self-introspection, like in the song “Blessings,” and it odes the listener towards self-development, all of which are constant thought-patterns in her hometown. Tangban is hope for the indigenes of Cross River, and is the future of folk music in those climes.

Another West-African chanteuse whose Afro-folk melodies stand out is the elegant Efezino Akpo. The singer, who hails from the coastal Warri community, in Southern Nigeria, wields her folk melodies like a superpower. Her latest record titled, “Sounds From Africa” is a melodic haven, blending music in several languages in West Africa, from Yoruba, to Urhobo, Efik and Hausa.

Backed by a music-loving family, Efezino’s music quest began from her early teenage days where she sang in the church before progressing to concerts. With support from her family, she kept honing her skills at even bigger stages, until she won her very first competition at age 17, a Warri-based music contest titled “Who Sings Best?”

After her 2017 stint at The Voice Nigeria, Efezino released a song the following year, titled “Amere.” Typically translating as ‘Sweetness,’ the Isoko-woven song became an instant bestselling love narrative. And this was the start of her Afro-folk journey. She later released a 7-track EP in 2019, with the same title where she remixed the hit-song in Swahilli, French and Pidgin languages, as well as with Acapella variations.

Efezino intimates Afrocritik on her love for folk music and culture. She says, “I grew up hearing Isoko, Itshekiri and Ijaw traditional music; I grew up in an area in Warri called Efurrun. My mum always played songs from Keffe, Ofano, and some other mixtapes I never got to know their titles. So, I believe so much in representing where I am from. I try as much as possible to show my culture, through my music, and also to unify the whole of Africa. That is why I have been doing a lot of folk songs.” 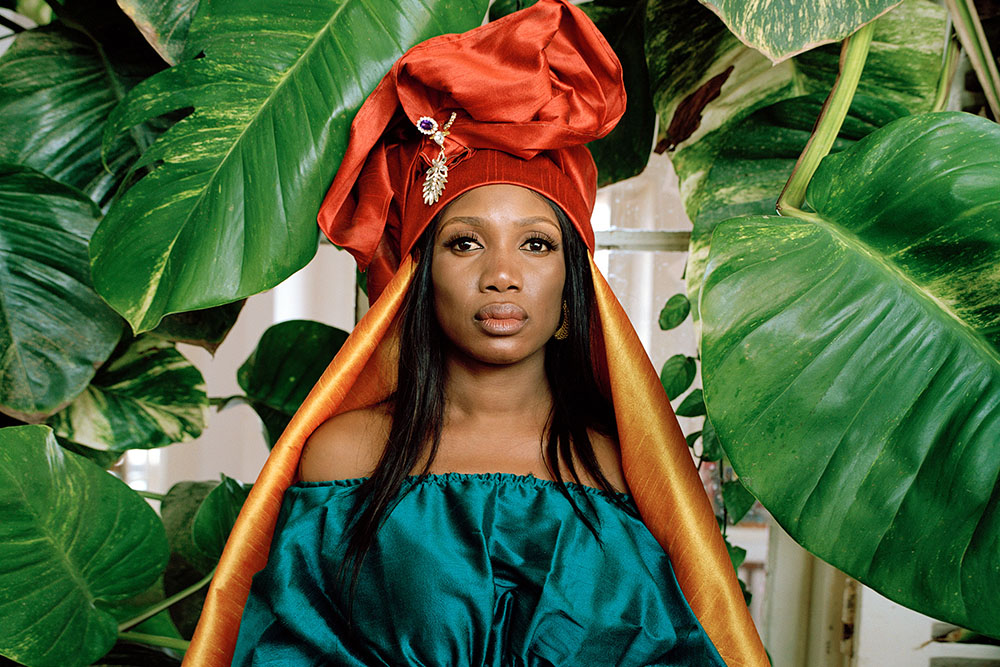 From the plains of Bamako, in Mali, Rokia Koné thrives as one of Africa’s leading folk musicians. The singer, who is also a member of the Les Amazones d’Afrique – an all-female music group that has housed heavyweights such as the Grammy-winning Angélique Kidjo, Mamani Keita, Kandia Kouyate, among others — weaves folktales in her discography, creating sonical time portals that relay ancient fables to her generation. Her latest body of work titled, “Bamanan,” spins folk tales into a very futuristic melodic template.

Bathed in her native lingua, Koné’s music retells epics of ancient Malian figures such as the Malian hero and founder of the Mali Empire, Sunjata, (as seen in songs like “Soyi N’galanba” and “Bambougou N’tji”), and other female heroines such as the singers of Wassoulou (as seen in the song titled “Mansa Soyari”).

When Joy Ebiem, professionally known as J’dess released “Chi Efo,” an Igbo-laden folk record, many individuals became more aware of the delicate sweetness of Afro-folk music which similar singers such as Asa, Bez, among others, with soul-lifting harmonies, continue to undergird. Her latest album dubbed, “Ada” is a confluence of inspiring melodies hinged upon philosophies in Igboland.

Since her teenage years, performing with a girl-group under the moniker The Destined, J’Dess always had her eye out for the rarest of sounds. From failed music promotions, to a lack of finance, and frustration, J’dess had a very restless quest to the spotlight. However, her stint at the 2017 edition of The Voice Nigeria became the springboard that propelled her to the top.

Another musical heavyweight from the Bamako climes is the mother of two, Mamani Keïta. Raised by her grandmother, Keïta developed her singing prowess, learning how to use her melodies to heal the sick.

Fate found Keïta at an early age, as her manager spotted her and asked her to join the local theater group. From there, she became a soloist for the Bamako District Orchestra, and then for the Badema National, Mali’s National Orchestra, touring across the continent.

Keïta’s discography, as seen in her recent album titled “Kanou,” continues to weave melodies in her native Bambara rhythms, fusing jazz and techno influences to the traditional pentatonic scale.

Keïta’s soothing, silky voice is best showcased on the memorable title-track, while the infectious “Dounia” emphasises her lyrical prowess as an Afro-centric merchant of stories.