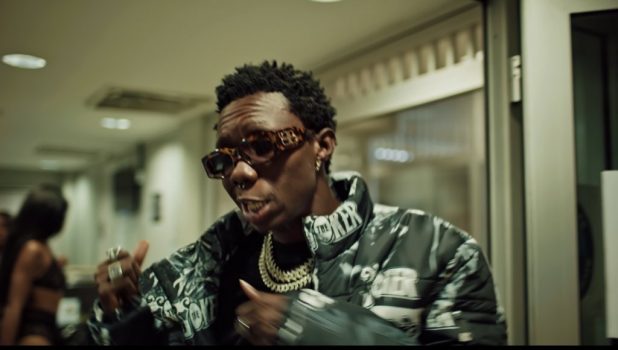 Whilst many of his rap peers showed benign neglect towards the importance of social media as a powerful tool to promote their artistry, Blaqbonez leveraged on its pluses…

This music video is rated 18, and contains very explicit content. This writer may, from time to time, make use of words/language with sexual connotations, in describing some of the events that happened in the video.

Blaqbonez, one of Naija’s hip-hop culture custodians, is not your typical, conventional artiste. He is known for his notorious, unapologetic display of bravado and occasional excesses. Love him or hate him, his eccentric style has a certain appeal, and has been heavily influential and impactful on the Nigerian pop culture scene. Mainstream media have labeled him the ‘talented psycho rapper.’ The Bling Bling crooner who rose to prominence after emerging winner of The Hennessy Artistry VS Class of 2015 has been putting in work with respect to his singing skills, and consistently selling out shows and rocking airwaves with his sound.

Whilst many of his rap peers showed benign neglect towards the importance of social media as a powerful tool to promote their artistry, Blaqbonez leveraged on its pluses, by actively engaging his fans across its many platforms, with his larger-than-life persona and his music, ultimately growing a large and loyal fan base that’s still active till date. Blaqbonez is still reveling in the successes of his 2021 released album, Sex Over Love, which had quite a number of famous guest appearances on it; the likes of Tiwa Savage, BNXN, Nasty C, Joeboy, Amaree, Laycon, to mention a few.

The flamboyant rapper who is signed to one of Africa’s most formidable music power houses, Chocolate City Music, is off to another great start for the year 2022, getting fans drooling with the visuals for his sultry tune titled “Commander.” The track is produced by Type A, and mixed and mastered by STG. Director TG Omori who is at the helm of music videos in Nigeria these days, reaffirms his position as the leading man, with this jaw-dropping video.

What do you get when you throw Blaqbonez together with glamour models Dessy Coco, Telipsy and Big Blasian, in the same video? The result is fiery. TG Omori’s opening scene captures Blaqbonez drive-in to what appears to be a strip joint or a brothel. Blaqbonez dashes into the place and immediately spots the beautiful melanin goddess, Dessy Coco, who’s dressed in nothing but sexy lingerie and smoking a tobacco cigar. The rapper hurriedly takes her to his car and drives her back to his hotel where they both start having intense, passionate sex. They move from the bed to the walls of the room, and on to the reading table.

One can never fully grasp or understand how the mind of the video director works, nor the creative thought process that goes into these eye-catching videos, translating imagination into images, and fiction into reality. A directorial moment of magic played out at the scene where Blaqbonez is seen having raunchy sex with Dessy Coco. As the rapper lifts her up and places her on the table, the director captures Blaqbonez’s award for ‘Best Rapper In Africa’ falling from the table, but before it hits the ground the rapper shows great reflex by saving the award from landing on the floor. All this was captured beautifully by the director through the help of a steady cam. It is moments like these that cinematographers live for. 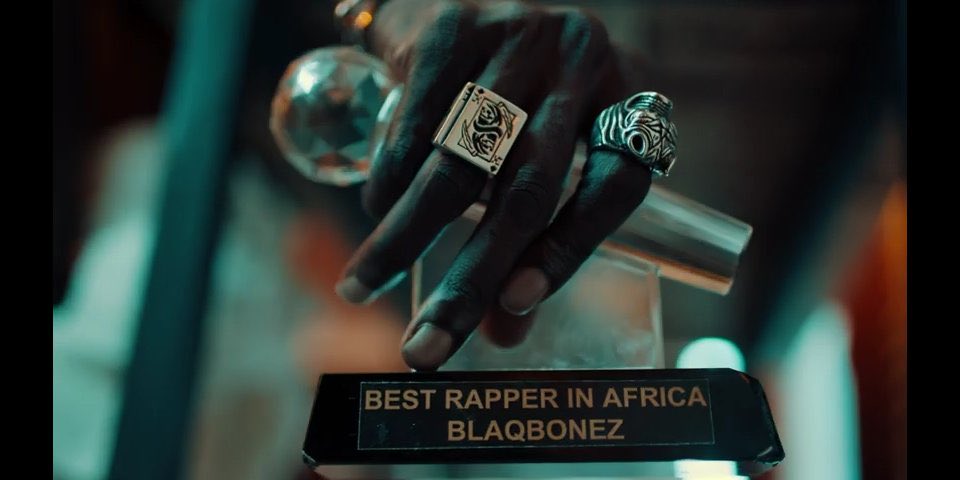 As Blackbonez checks out of his hotel, driving back to his house, he is stopped by two female police officers for exceeding his speed limits. The rapper is later taken to the police station for questioning. Telipsy who happens to be one of the female officers interrogating him is suddenly seen performing fellatio on the rapper. Another police officer is later seen having sex with him as they all take turns in satisfying their sexual desires. Leaving the station after having more than just a ménage à trois, Blaqbonez gets home to find his place looking messy. There is a knock on the door, and a cleaning lady walks in to tidy up the place, but as she does, her facial expressions and demeanour change in sexually suggestive ways.

Close-Up shots, otherwise known as CU, are shots of the subjects taken by the camera man in order to reveal the gesture of the subject from the head down to their shoulder. It is slightly different from the Extreme Close-up shot which lays emphasis more on the subjects’ faces and facial expressions. The director took some CUs of Blaqbonez, most notably when the rapper is seen licking his fingers and making suggestive gestures, mimicking the recently viral sex-tape of Nigerian singer, Oxlade.

Camera angle is what often sets a director/cinematographer apart from his counterparts in the filming industry. The ability to be able to envision a shot and deliver it well is a rare talent only a few possess. Many directors would rather stick to the conventional shooting techniques/methods rather than experimenting creatively. That’s where the likes of TG Omori excel.

Director TG Omori continues to impress by putting to good use his rather expensive toy — the Arri Alexa camera, known for its very impressive picture quality and resolution, a device that’s currently selling for a whooping sum of about thirty-seven thousand dollars on Amazon.

The “Cold Outside” video director was absolutely thrilling in this video, taking some sublime shots from angles unimaginable. My personal favourite is when Blaqbonez is seen leaving the brothel with Dessy Coco, and the camera angle depicts the rapper opening the door for her to go in. There were also a few dolly-zoom shots taken, most notably on Big Blasian’s curvaceous buttocks as she bends to pick her police uniform. I also liked the video collage of all the various events happening concurrently at the police station as Blaqbonez exited. Also notable were the scene of Telipsy bending down to pick up her police uniform, and one where the rapper was having sex with the female officer.

The ability to harmoniously meld the artiste, the artistry and the individual perfectly into one is a rarity. Blaqbonez was able to successfully pull this off with the help of TG Omori. The pair have a good work relationship/chemistry, and perhaps this explains why he has been the preferred choice of Blaqbonez for some time now when it comes to his visual representation.

You can be blasé about many things but not about Blaqbonez’s talent and skill set. This rapper knows how to sell his craft. The video is brilliant, very intriguing and captivating. Amazing work was done on it.

Major concern, however, is that the video might be subjected to heavy scrutiny from regulating bodies because of the scale of nudity in it. It might also get restricted radio and television airplay due to the restrictions and guidelines of the Nigerian Broadcasting Corporation (NBC). It is however certain that this is a hurdle both the rapper and his entire team at Chocolate City Music and 100 Crowns must have envisaged before finally opting for this style of video.