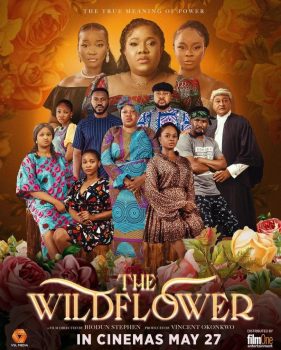 The film’s(The wildflower) mostly well-written screenplay exposes Nigeria’s rape culture, exploring the perceived normalcy of problematic behaviour while also highlighting how people in the know cover it up, for whatever reason, and how those who ought to know barely even notice…

Almost two years have gone by since the release of Citation, Kunle Afolayan’s Netflix film about a young postgraduate student’s fight against the system when she accuses a professor of sexual assault. It’s been even longer since The Arbitration, Niyi Akinmolayan’s Inkblot film about a workplace relationship that culminated in an alleged rape. During all this time, there have been numerous sexual assault allegations reported on both social media and the news media in Nigeria. The country’s rape culture has come under scrutiny time and time again. And while some Nollywood films have broached or explored the subject in recent times, few have done it on the scale attained by Citation and The Arbitration. Joining the ranks is The Wildflower, the third film of this year from director Biodun Stephen (A Simple Lie, Progressive Tailors Club), premiering exactly two weeks before Stephen’s 2021 film, Breaded Life, returns to screens via Netflix.

The Wildflower is a drama that tells the stories of two women and a teenage girl as they navigate abuse and assault at the hands of men around them. From three different generations, the three ladies live in the same compound, but their circumstances are different. And though each of them takes some form of stand against their abuser, the results are also different for each one.

Don’t be fooled by the theatrical poster, with Toyin Abraham standing front and centre, flanked at both ends by other cast members. Abraham does play a prominent role as Mama Adaolisa, a middle-aged wife and mother, who suffers domestic violence at the hands of her husband. Prince Jimi (Nosa Rex), as he prefers to be called, even by his wife and two teenage daughters, is irresponsible but demanding, and quick to descend on his foul-mouthed wife at the slightest provocation. Their older daughter, Adaolisa (Sandra Okunzuwa) is a smart and slightly rebellious teen. But apart from having to watch her parents fight all the time, her mother emerging with bruises, Adaolisa also has to deal with the unwelcome attention of Johntana (Zubby Michael), a neighbour who sexually harasses her.

However, the true lead of the film is Damilare Kuku, best known for her raving short story collection, “Nearly All the Men in Lagos Are Mad.” Kuku plays Rolake “Roli” Dabiri, an intelligent, smart-mouthed young woman with a master’s degree in architecture who interviews for a job as a personal assistant to the CEO of an architectural firm. Of course, she is overqualified for the job, but she’d rather be an assistant than miss the opportunity to work for a man she considers an icon. The man and CEO is Mr Gowon Williams, portrayed by an imposing Deyemi Okanlawon who is becoming very good at playing powerful, abusive men (just think of his role as the monstrous husband-to-be whose murder on his wedding day sends his fiancée and her best friend on the run in Blood Sisters). From the moment Mr Gowon sets eyes on Roli, he looks at her the wrong way. It’s fleeting, but it’s there. And after she gets the job, it starts to play out in the things he says to her. But she worships him, so his inappropriateness barely registers even as her boyfriend (Eso Dike) tries to warn her. As her job requires her to consistently be in close contact with him, it’s only a matter of time before he abuses his power and forces himself on her. To get justice, Roli must brave the storm and go toe to toe with a man who has what it takes to make her lose everything.

The Wildflower is based on a story by Nneka Stephanie Ojor, with the story edited by Stephen, but the screenwriting credit is shared by almost a handful of writers: Ojor, Mannie Oiseomaye (the screenwriter behind A Simple Lie, in another impressive improvement from Head Over Bills), Niyi Akinmolayan (also improving from The Man for the Job), and Amaka Chidioka (Progressive Tailors Club). Thankfully, this is not a case where the broth gets spoiled.

The film’s mostly well-written screenplay exposes Nigeria’s rape culture, exploring the perceived normalcy of problematic behaviour while also highlighting how people in the know cover it up, for whatever reason, and how those who ought to know barely even notice. Johntana harasses and even subtly assaults Adaolisa in an open space long before he takes advantage of her in private. Mr Gowon starts making inappropriate remarks from Roli’s very first day as his assistant, but even though it makes her uncomfortable in the moment, it doesn’t come off as abnormal enough to set off long-term alarms in her head. Mama Adaolisa, even as a victim of violence herself, fails to hear what is essentially a cry for help from her daughter when she sends a protesting Adaolisa on an errand to a man’s house. And nobody in Mr Gowon’s firm seems to have had any idea about his pattern of inappropriate and violent behaviour, with one female employee, in particular, covering up for him in the middle of a sexual assault scandal. 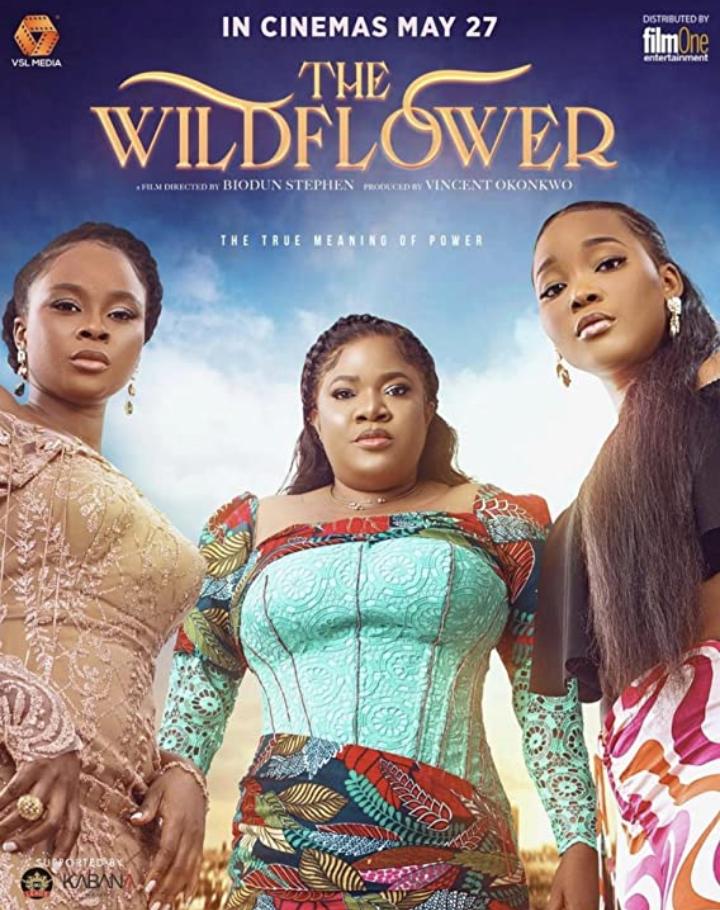 Like films that explore sensitive topics tend to do, The Wildflower over-explains every now and then, as if it’s not sure whether it is passing its messages enough through actions — which it actually is. But the screenplay handles its subjects, delicate as they are, without being too grim. It tells a mostly tidy story, laced with occasional sarcasm and well-timed humour that never feels jarring in contrast with the serious moments. It builds its story and sets up its conflicts with precision, raising the stakes as the story plays out. It also does not neglect any component of its plot, at least for the first and second acts.

By the third act, when the film transforms into a courtroom drama — mostly well done, by Nollywood standards — it becomes evident that the entire plot revolves around Roli, and that the predominant purpose of Adaolisa’s family is to move Roli’s story along. It shows in how portions of that family’s story get forgotten as soon as Roli’s story goes into full swing, from Prince Jimi’s disappearance to the post-traumatic stress disorder suffered by Adaolisa’s sister (played by Divine Angel Unigwe). Even the girls themselves get forgotten, and we never do find out how their own stories end. Perhaps, it would have been a more judicious use of time to do without the subplots that stem from the family, especially since they don’t all get tied up properly. But who can complain about a filmmaker’s decision to tell the stories of as many women as possible, especially when such stories, sensitive as they are, are explored with such honesty, kindness and genuineness as Stephen’s film does?

I would have liked The Wildflower better if it focused almost entirely on Roli’s experience with workplace sexual harassment and abuse, and if it was written majorly as a legal drama. There are merits to the multiple experiences, and juxtaposing Adaolisa’s case with Roli’s even allows the screenplay to explore how class divide can affect justice in sexual assault cases, and how much easier it is for the rich, than for people from the lower class, to get away with sexual assault. But telling too many stories at once can take away the opportunity to attain the necessary depths, like exploring workplace power imbalances, the culture of silence, and the enabling environment that society has created.

Regardless, The Wildflower achieves a lot. It tells important stories and educates in the process, but it is interesting, too. Stephen and her writers are careful with how they handle the circumstances of the assaults, the antecedents, the subsequent trauma, as well as the responses and reactions of the society, without embellishing or downplaying them, but also without boring their audience. Most of the cast put in good shifts, too, although nobody really steals any scene. Plus, the establishing shots are visually interesting and some of the most unique that I have seen in Nollywood recently.

Undeniably, Biodun Stephen is on a roll. With her films regularly gaining considerable critical success, the director has proved herself one to be reckoned with. The Wildflower fits well into a fine filmography.